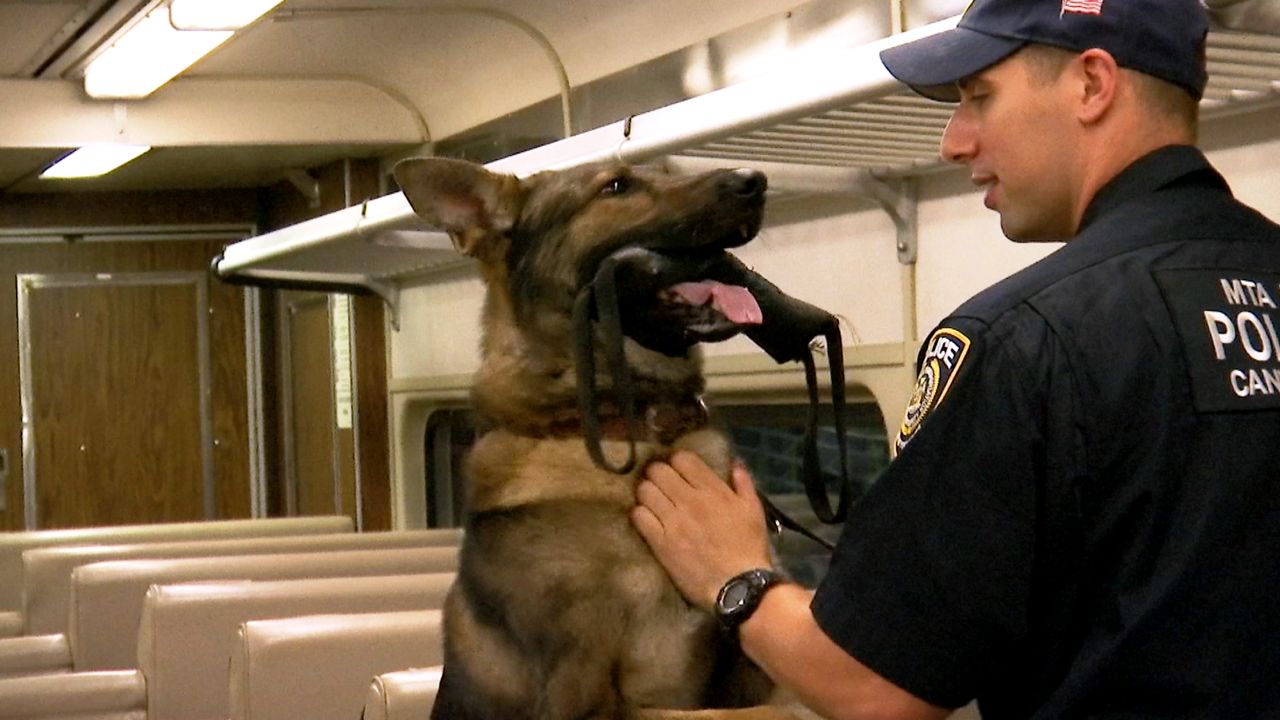 The canine officers of the MTA Police Department know how to follow orders.

They do it so well, they just won top honors at U.S. Police Canine Association's regional competition in Albany.

The MTA brought two of their three award-winning canines to Grand Central to show why they're the state's top dogs.

"The dogs go through a very extensive training period and it all culminates in this contest, where, if you could see, they go through hoops, they go through simulated tactics to really be the best that they can be," said MTA Police Chief Owen Monaghan. "And it's important to have a great partnership between the handler and the canine."

Officer Alison Gentile says she and her partner, Mac, have that partnership.

"I see him more than I see my husband and my family," said Gentile. "He works with me, lives with me, and travels with me, so he's pretty much with me 24/7 we've developed such a strong bond together."

Mac is named after NYPD Detective Steven McDonald, who died a year and a half ago after a 1986 shooting left him a quadrapelegic.

The dog and Gentile took first place in categories for agility and criminal apprehension.

"He gets excited when I talk about it," Gentile said.

The obstacle course may be fun for the dogs, but it's the same skills necessary for maneuvering around the commuter rail system.

Sgt. Ed O'Flaherty showed how these tests of skill translate into solving cases underground, in a simulation of a lost wallet with Officer Matt Fontana and his partner, Lemm, named for NYPD detective Joseph Lemm, who was killed by a suicide bomber in Afghanistan.

Now that the MTA Police have proven they can breed winners they'll test their skill at a national competition held in Florida this November.