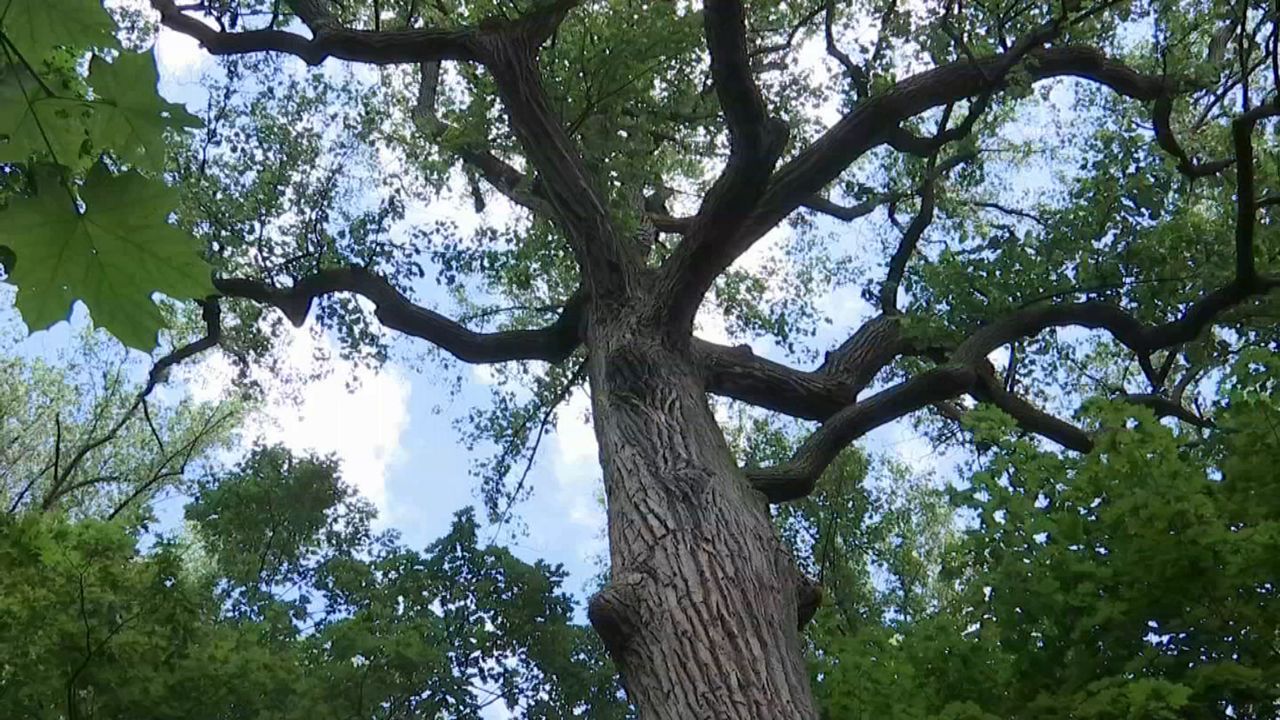 Just feet away from the Cross Island Parkway stands the city's oldest resident. So old, this resident was around when New York was a Dutch settlement called New Amsterdam.

"To know that this tree has existed [since] before the United States became a nation is astounding," says Sgt. Victor Yin, a city urban park rangers.

It’s a tulip tree, which has been standing tall in Queens for more than three centuries..

The Parks Department calls it "The Alley Pond Park Giant," and based on historical documents, the agency believes it is 364 years old.

That means it was a sapling when Peter Stuyvesant was running things here. And legend has it, one of the Founding Fathers crossed its path.

The tree has certainly stood the test of time, but most New Yorkers are oblivious to its history.

Getting to the historical marvel is not easy. The trail to it begins at the intersection of Horace Harding Expressway and East Hampton Boulevard, but only a portion of the path is paved.

Visitors must then be guided down a narrow and at times steep foot path that leads to a small clearing.

In 2000, the Parks Department measured the Alley Pond Park Giant. It was nearly 134 feet tall,  the equivalent of a 13-story building, and 18 feet in circumference.

At about that time the Parks Department decided to place a fence around the tree to help protect it.

"As long as people respect the boundaries, we can appreciate the tree for years to come. Tulip trees can live up to 600 years old," says Beato.

Urban Park rangers say tulip trees are considered very strong and need little-to-no maintenance — even at this size. Protecting the Alley Pond Park Giant from people is really the only challenge.

If you want to visit the Alley Pond Park Giant, here are two suggestions for you: wear long sleeves (because it's tick season) and pants (poison ivy is on the trail).