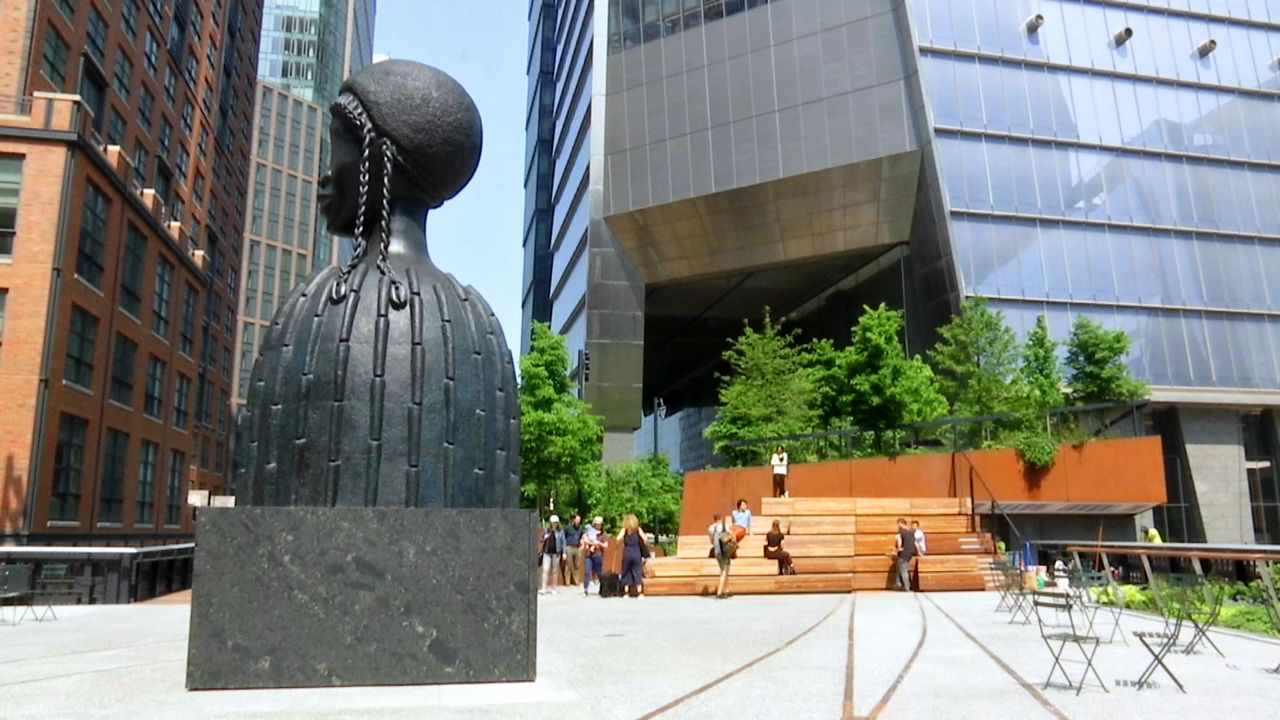 High Line 'Spur' is Final Piece of Walkway to Open

NEW YORK - Located above busy 10th Avenue at 30th Street is the final piece of the High Line - a project that transformed the west side of Manhattan.

The section is called The Spur, and like the rest of the nearly mile and a half long linear park on an old elevated freight train line, it almost fell victim to the wrecking ball.

"After we opened section one they said they actually had to demolish this part to build Hudson Yards. But what was great, the community, the city really rallied around to make sure they saved The Spur and they were able to build Hudson Yards around this section," said Robert Hammond, Co-Founder and Executive Director of Friends of the High Line.

The Spur crosses 10 Hudson Yards through Coach Passage, named for the building's anchor tenant. The area is the most heavily planted of the High Line. It proceeds east over 10th Avenue where a large plaza features panoramic views.

It ends near the Morgan Postal Facility. At one time the tracks ran right into the building with mail deliveries. The focal point of the plaza is the plinth, a pedestal which currently features Artist Simone Leigh's 16-foot-tall bust called Brick House.

High Line Art Director and Chief Curator Cecilia Alemani says works will be commissioned for 18 month runs in the spot.

"When you walk the High Line art is installed in the gardens or the side of the path, it's more like a surprise. Here it has a bit more like a monumental moment. But I think it's a great combination of the two experiences," Alemani explained.

Hammond says he has a soft spot in his heart for The Spur, because it's one section they didn't know they could actually save. He remains somewhat astonished by the massive success of the High Line.

"We hoped 100,000, 300,000 people would come a year. The first year we got one million, this year we will probably have over eight million. So I don't think any of us could have imagined what would happen," Hammond said.

Hammond says they expect The Spur to attract many tourists just like the rest of the High Line does but he also hopes New Yorkers will come to enjoy it as they offer various programs designed just for them.