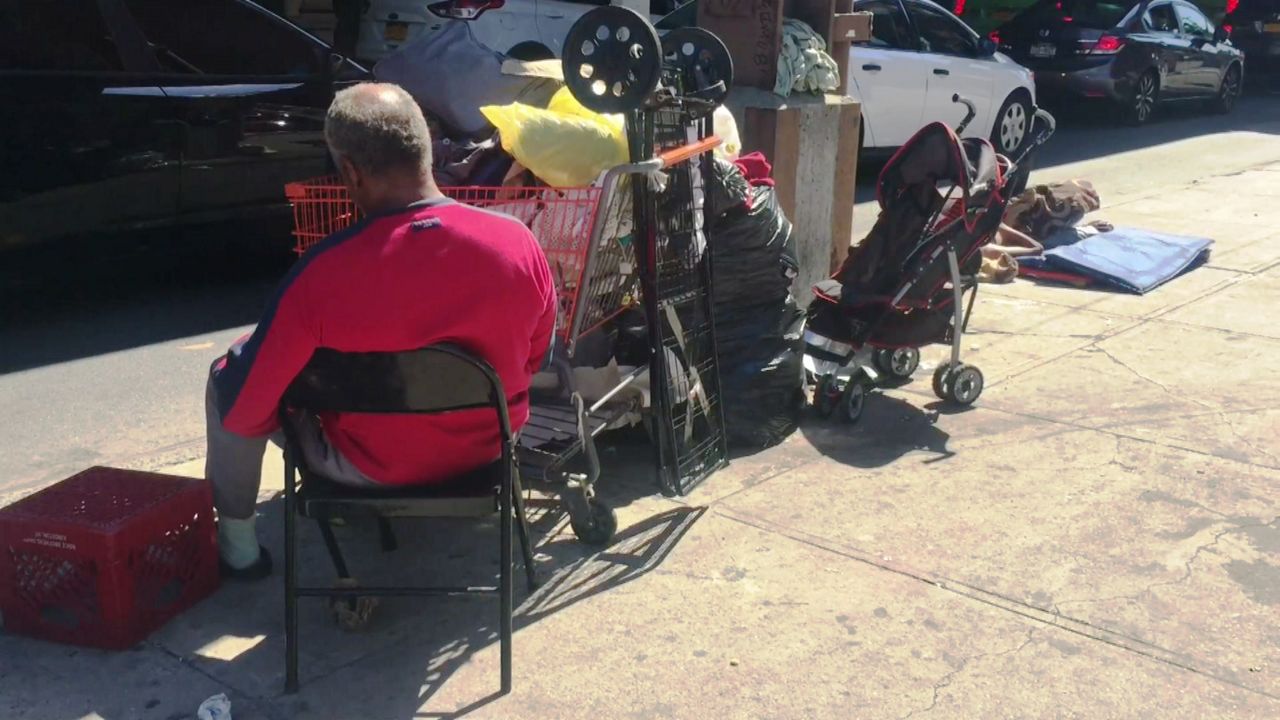 Sylvester Williams used to be homeless. Now, he hands out free food to those who are.

His days are busy. There's a record number of homeless people in the city.

A new report by the Coalition for the Homeless says the average number of people staying in city shelters each night rose to a record of nearly 64,000 people in January.

One woman, who didn't want to be identified, says she has been homeless for years

"That's your tax dollars being spent on keeping people in these horrendous places," she said.

A judge Monday approved the de Blasio administration's plan to open a homeless shelter on West 58th Street, an area known as Billionaires' Row. The ruling was a defeat for residents who fought the planned facility.

In its report, the Coalition for the Homeless blasted Mayor Bill de Blasio's efforts to address the homeless crisis, saying more must be done to preserve and create affordable housing.

"We call on the mayor to build, specifically, 24,000 new units for homeless New Yorkers, and preserve at least 6,000 more, for a total of 30,000 units out of his 300,000-unit Housing New York plan," said Giselle Routhier, policy director for the Coalition of the Homeless.

The coalition says the mayor's "Housing New York 2.0" will not come close to meeting those numbers.

"Right now, just 5 percent of the plan is slated to go for homeless New Yorkers, and an even smaller percentage of that is going to be built through new construction," Routhier said.

The mayor's office responded in statement, saying, "We are implementing the most aggressive affordable housing plan in New York City history," and adding, "The shelter census is flat for the first time in a decade, and we will continue to use every tool at our disposal, including cluster conversions, to ensure all New Yorkers have a safe, affordable permanent home."

Still, the coalition projects that the number of homeless people seeking shelter in the city will continue to climb to more than 65,000 by 2022.