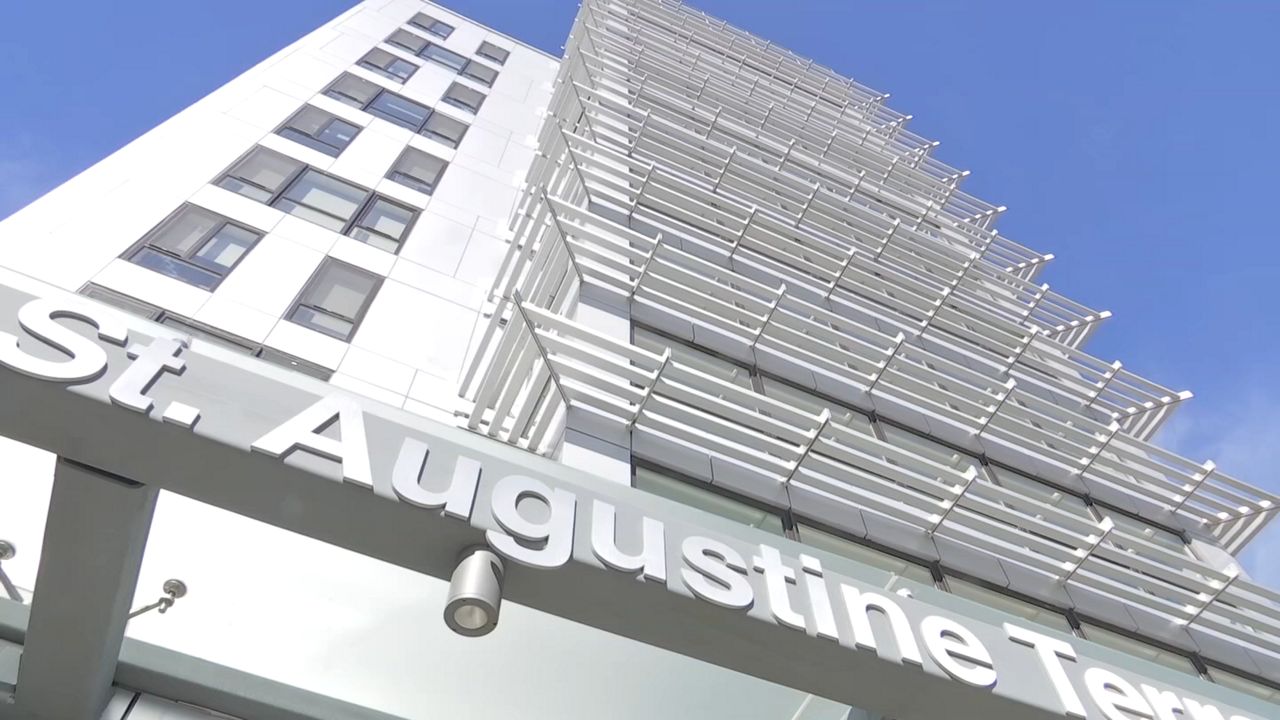 BRONX, N.Y. - “This is my bed and the one by the wall is his bed,” says 18-year-old Stacy Taveras, showing a visitor where she and her 9-year-old brother, Adrian, sleep.

They are close, but they’d rather not be this close.

The siblings live behind a curtain in the living room of their parents' one-bedroom apartment in the Bronx.

Their parents pay a little more than $1,000 a month in rent for the apartment, which is infested with mice and cockroaches.

They family has entered 17 city lotteries for affordable housing in the last year, without luck.

The number of new affordable apartments filled through the lotteries has jumped from 2,107 in 2011 to 7,857 last year, reflecting a major push by Mayor Bill de Blasio to ease the housing crisis.

“It’s gone from 1 in 60, to 1 in 600 as your chances,”  says Professor Philip Protter, of Columbia University's Statistics Department. “It’s much less likely than it was eight years ago.”

Leticia Ankrah and her family beat the odds and won the housing lottery.

“All we kept saying was, 'Oh my God, oh my God.' There wasn’t anything else to say,” Ankrah says.

The family of four entered more than 50 housing lotteries in five years. Late last year, the computer finally selected them -- for a two-bedroom apartment in the Bronx renting for $800 a month. That was Step One. Then they had to sit down with the developer to make sure they met eligibility guidelines.

“We waited for so many years, Ankara says.“I’m very excited and grateful.”

The city's Department of Housing Preservation and Development and Housing Development Corporation oversee the lotteries, which are for affordable units built by private developers as a condition for receiving subsidies, tax abatements and zoning changes to build more profitable market-rate housing.

HPD says it has a staff of 25 overseeing the process to ensure the lotteries and developer interviews are fair. “We are making sure that every single applicant who is determined to be eligible actually is eligible for the project and we are going back and looking at certain eligibility determinations to make sure that those were done appropriately as well," says Margy Brown, HPD's associate commissioner of housing opportunity and program services.

In some cases a single person earning as much as $120,000 a year and a family of four with income up to $172,000 are eligible. It varies based on median incomes in the area and the type of development.

Ramira Taveras - Stacy and Adrian's mom - says she could only imagine what it must feel like to win, as she visited the The Northwest Bronx Resources Center, a non-profit organization that helps housing lottery applicants.

It’s one of 47 neighborhood organizations designated as 'Housing Ambassadors.' The de Blasio administration grew the program from four and says it also expanded who can enter the lotteries to a broader spectrum of incomes.

“Of all of the clients we assist here at the resource center, the vast majority, their income is under $25,000,” says the center's director, Jumelia Abrahamson.

Ramira Taveras says she remains hopeful her family will be selected one day.

“There are other people who have applied and are probably in a worse situation than I am”  she says.

We’ll let you know if this family ever wins the housing lottery.

For information on entering the lottery, go to nyc.gov, and type in “housing lottery” in the search box.