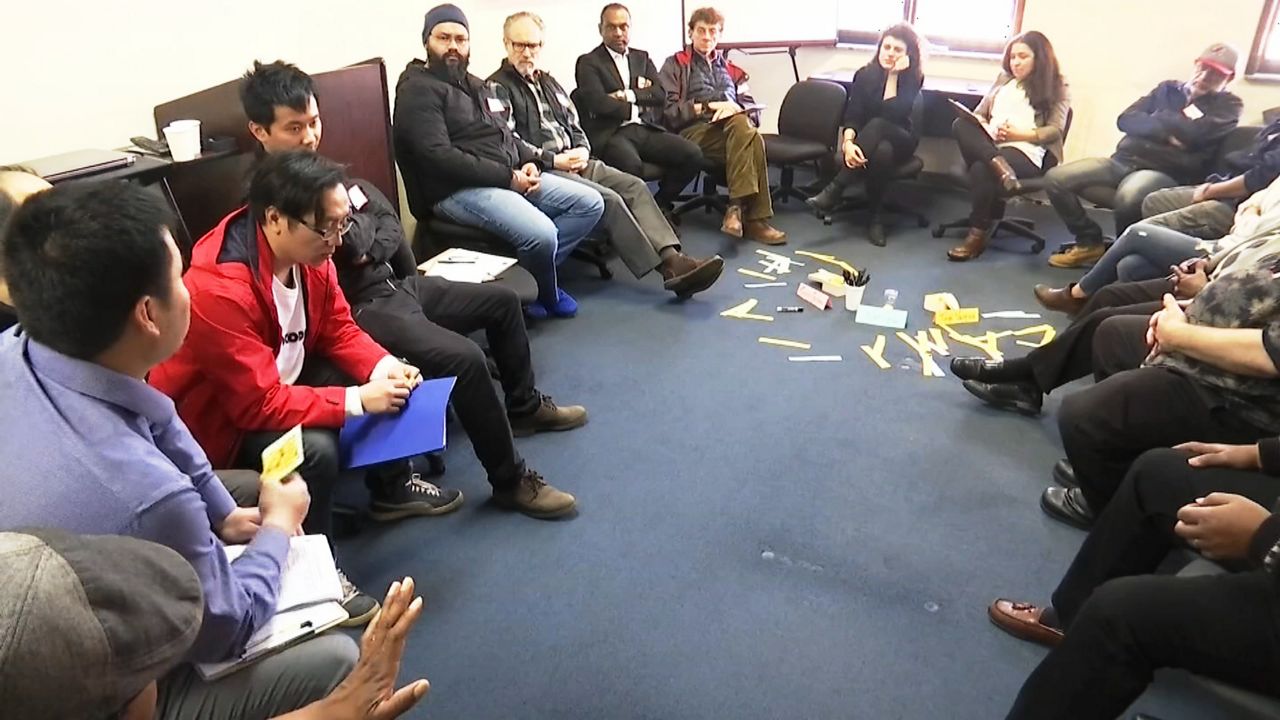 Ashraf Azim opens up to fellow drivers about what goes through his mind when a passenger who looks menacing gets into his car. He says he thinks of his family.

“Particularly one night, believe you me, I had said my last prayers,” Azim, a driver for Uber and Juno, says. “My wife and my kids, it’s right there in the mind, I’m not going to see them. He clearly said, 'I am into the death and killing business.' And he humiliated me.”

It’s one of the many stories of harassment and violence drivers for e-hailing apps like Uber and Lyft share at this group therapy session, organized by a drivers' advocacy group and led by a therapist with a masters degree in public health and clinical social work.

“We heard things like, 'I feel like slave, I feel like I have no dignity, I feel invisible, I feel dehumanized,” Arianna Schindle, the therapist, says. “You don’t even ask a deep question and people are coming up with these experiences of what it means to be a driver every day.

These are boom times for app-based car service companies. But many drivers are not sharing in the good times. Some some feel beleaguered, even dehumanized. So the The Independent Drivers Guild, which represents more than 65,000 for-hire vehicle drivers started the therapy sessions in December, to help drivers deal with the financial and emotional pressures they face.

“About eight drivers committed suicide in the last year and now we hear about another one got murdered, a passenger got murdered,” says Sohail Rana, a driver and organizer with the Guild. “As a driver, we don’t have any support.”

On this day, the drivers are encouraged to write notes to drivers and passengers murdered or assaulted on the job, an exercise to help them discuss their feelings. The drivers also shared some of their own close calls; one man says he was beaten just last week.

“He punched my head here,” the driver, Daniel Yip, says.

They talked about safety measures and forming additional groups to hammer those out and figure out how to implement them.