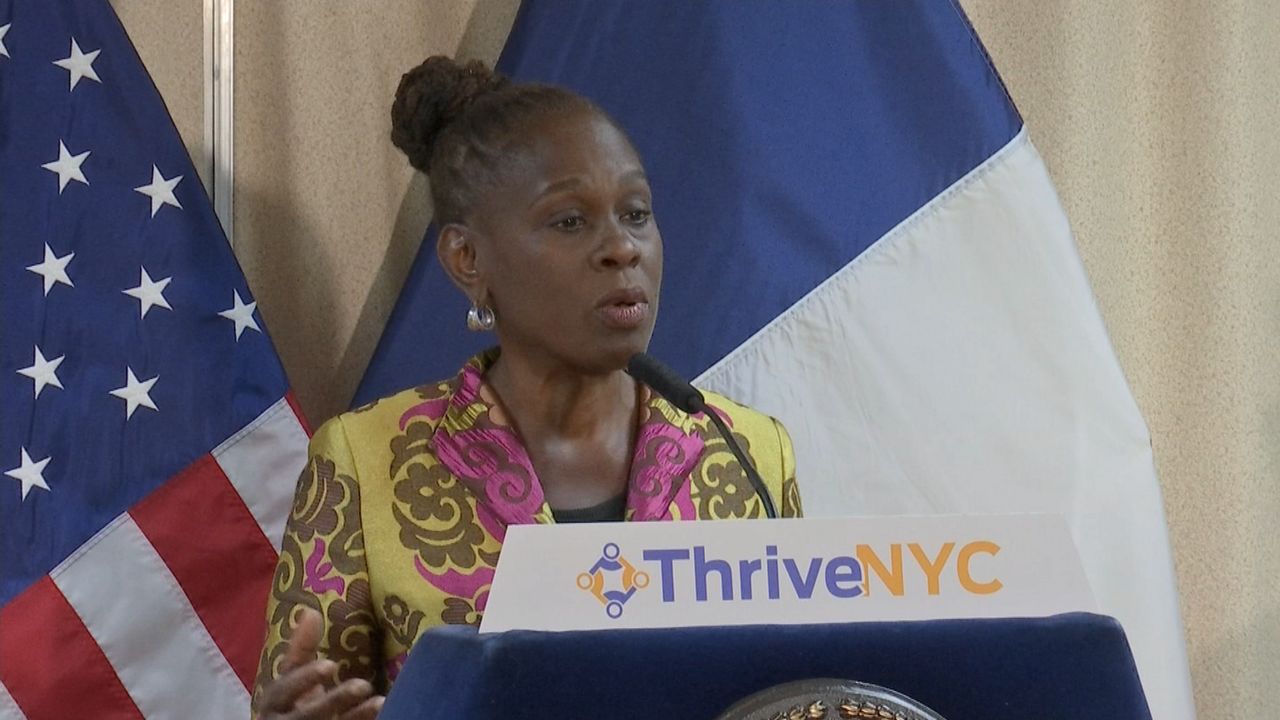 "Our goal is to travel around the city and show you what Thrive is doing," McCray told reporters during a press conference on Monday following a tour at the Council Center for Senior Citizens in the Midwood section of Brooklyn.

For weeks, the de Blasio administration has struggled to say exactly how McCray's $850 million initiative is performing and how the city is tracking its results.

"Programs like this have exceeded our expectations; some programs need some work. We have more than 400 metrics measuring our programs ... as they age we will put even more metrics in place," McCray said.

A growing budget coupled with questions about whether ThriveNYC is reaching those most in need has put the first lady's initiative under the microscope. Critics including some mental health experts have said the program does not focus enough on the cities seriously mentally ill. DJ Jaffe, executive director of Mental Illness Policy Org says ThriveNYC is too focused on screenings and does not do enough to reach people who are seriously mentally ill.

"Going to a senior center where people come in and having people screen them to see if they’re sad or have mild depression is not reaching people who have the most serious mental illnesses," Jaffe said.

Here at this senior center, the program has helped seniors suffering from anxiety and depression receives treatment. As of January 2019, more than 1,700 seniors in the city have been assessed by mental health clinicians, nearly 700 have received mental health treatment, but city officials are unable to say exactly what kind or how it helped.

Susan Herman, Senior Advisor to the Mayor who helps oversee Thrive said McCray's tour will focus on ensuring people know where and which programs are being offered through the initiative.

"There are senior centers that as you saw today that now have clinicians and they haven't necessarily branded themselves as Thrive sites.  A big purpose of this tour is to say, this is thrive, these programs that you know and you appreciate you may not know are supported by Thrive," Herman said.

The city will spend $1.7 million dollars to expand its geriatric mental health initiative to 25 senior centers across the city as part of an effort to help seniors’ battle anxiety and depression.