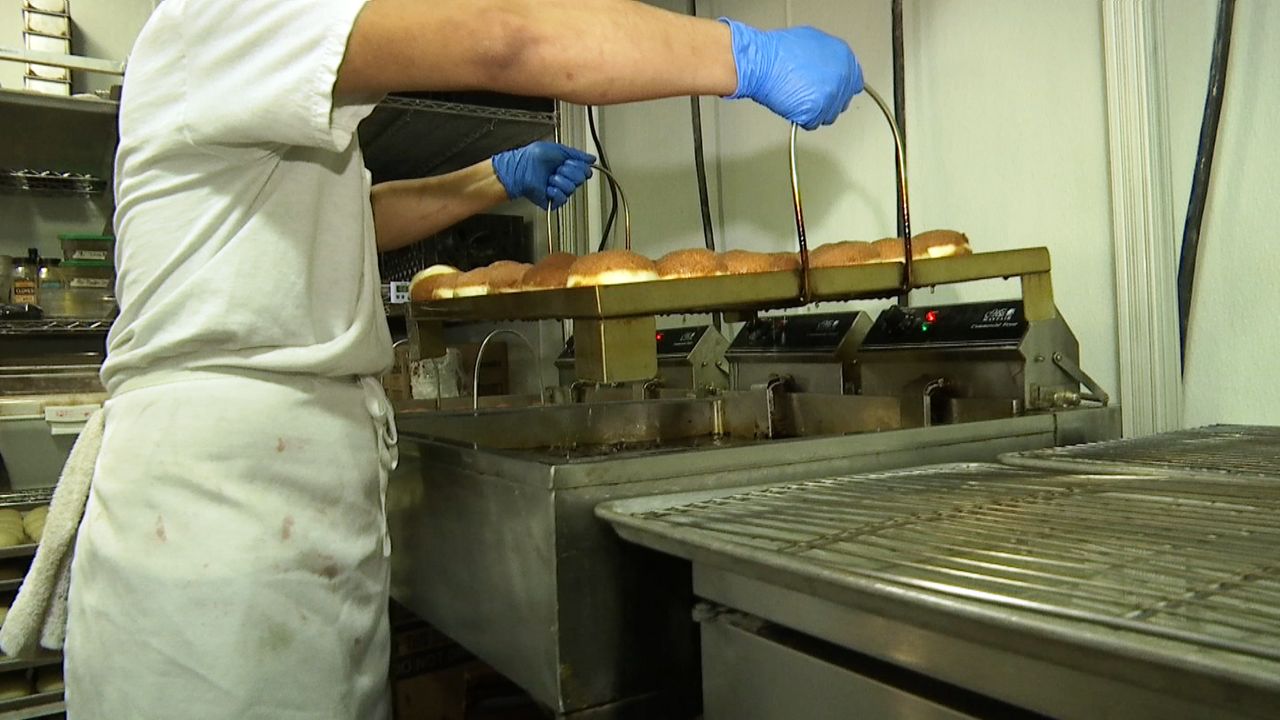 Mayor Bill de Blasio vowed Wednesday to back legislation that would make New York City the first in the country to require employers to offer paid vacation days.

"If you work hard and you don't get a break, that's not fair," said the Democratic mayor, who said more than 500,000 full-time and part-time workers in the city currently have no paid vacation days or personal days. "New Yorkers need a break."

Mayor de Blasio at City Hall to roll out new legislation to mandate 10 days of paid vacation/personal time for New Yorkers. This on the heels of his health care announcement. “New Yorkers need a break,” de Blasio says. pic.twitter.com/1VTZEcnihz

The announcement came the day after de Blasio announced a plan to spend $100 million a year on expanding existing public health services for uninsured New Yorkers.

"To be the fairest big city in America, New Yorkers can't be forced to choose between bringing home a paycheck and taking time off just to disconnect or spend time with loved ones," de Blasio said at his news conference announcing the paid time off proposal.

HOW MUCH TIME OFF WOULD THE LEGISLATION REQUIRE?

The legislation would require employers with five or more employees to offer 10 paid days off each year that could be used for any purpose. The number of required days off would be pro-rated for part-time workers.

The plan would give employees the ability to gradually accrue paid time off amounting to 10 days over a year.

The new benefit would be offered in addition to the five days of paid sick leave that was passed in 2014.

The mandate would have to be passed by the City Council, a process that could take several months.

Experts said that if the legislation passes, New York City will be the first jurisdiction in the 50 states to mandate paid vacation.

"I'm not aware of any other state or city that requires it," said Rick McGahey, an economist at the New School for Social Research who served as an assistant secretary for policy in the U.S. Labor Department during the Clinton administration.

The U.S. territory of Puerto Rico does mandate paid vacation days, McGahey said, as do most of the world's industrialized nations other than the United States.

The head of a leading business group urged the City Council denounced the plan.

"New York is already the highest cost city in the country, where entrepreneurs are struggling to survive," Kathryn Wylde of the Partnership for NYC said in a statement. "This proposal sends a discouraging message to the entrepreneurs who are already contributing so much to our city's tax rolls and employment opportunities and the City Council should reject it."

Kathryn Wylde from the biz group @Partnership4NYC: “This is another political “first” by municipal government, proposed without consultation with the business community and resulting in an unknown cost to employers who are struggling to survive.”

The proposal has already succeeded in getting de Blasio national press attention. He gave The Washington Post the exclusive story on his paid leave plan. On Tuesday, he rolled out the new health care initiative on MSNBC.

De Blasio was asked whether all of this is a signal he is eyeing a run for president.

"It's a signal that we need to make more progressive change in New York City," de Blasio said at his news conference. "But also a reminder that New York City can help lead the nation."

The mayor said he intends to go out and "preach the gospel" of what he is doing in New York City — a road show, of sorts, for his progressive agenda.