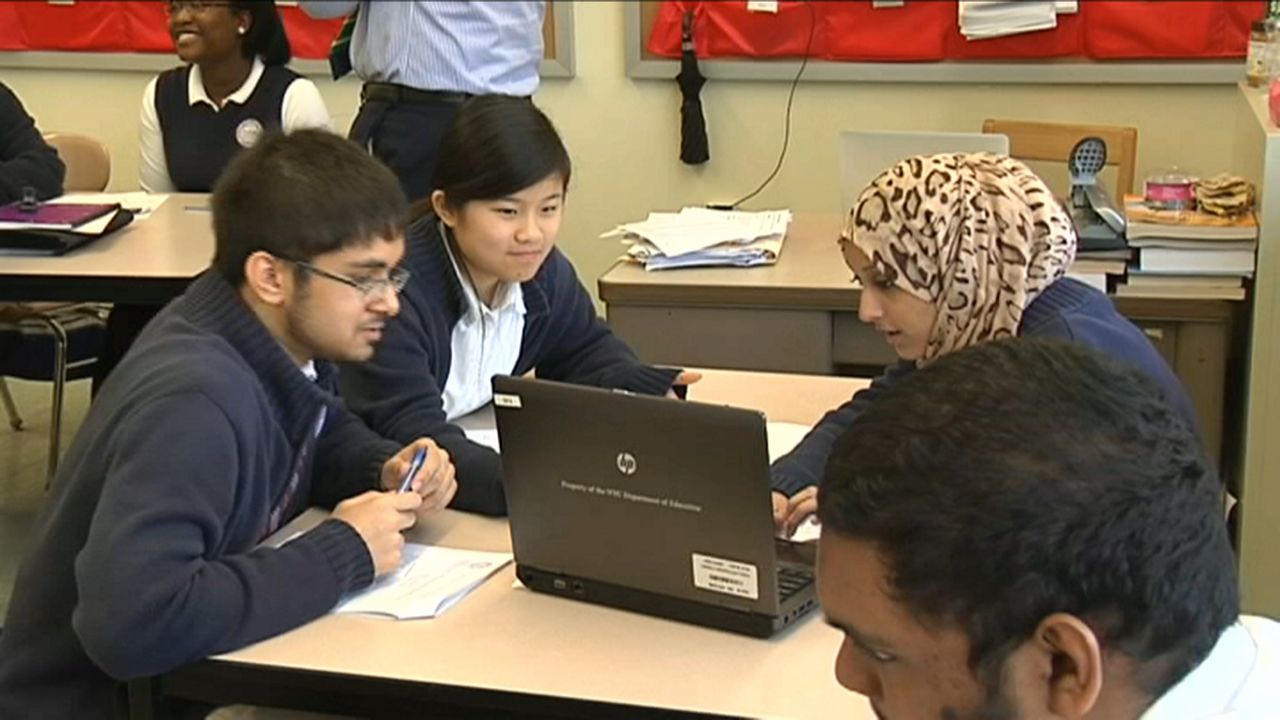 Terrell Cornelius learns this week whether he got accepted by Tufts University.

"I am going to be a first generation college student, which is why I am very excited," Cornelius said.

The high school senior will find out early because he applied early.

It's a well-known strategy in the suburbs, at elite public high schools and in private schools to apply to one college in November, in what's called the "early decision" round. The odds of getting in to a top school are much higher.

But in the South Bronx, where Cornelius goes to a charter school, many high school seniors have no clue about the strategy.

For two years, KIPP NYC College Prep has made a push to change that. Its college counselors now urge the highest performing seniors to apply early decision.

"Early Decision is a critical component for our students, especially our top academic students, to get into the highest profile schools, the Ivy League schools," Tessa Kratz, Managing Director of KIPP Through College & Career said.

Last year, 25 of the charter school's seniors applied early decision and 15 of them got in. There’s a 60% success rate at schools that all accept fewer than 20% of applicants.

"When I was a junior, we had an early decision panel with students that already applied early decision. Through them, I realized that I wanted to do early decision because they got into their dream schools," a student, Genesis Hernandez said.

Educating students and their families about these options begins early at KIPP at a college prep class all juniors and seniors must take. College counselors and volunteers help with every aspect of the process, including applying for financial aid.

The early decision push is part of a broader effort by KIPP charter schools to figure out how to help first generation college students actually go on to graduate.

"Part of our match work is ensuring that they are applying to target and reach schools that have the highest six year minority graduation rate," Kratz added.

For Amani Dobson, who applied Early Decision to Franklin and Marshal, this is a big week.

"I'm nervous and excited, because I want to know, but I'm also just scared because this is my dream school and I really want to go here. But I'm pretty confident. I worked really hard. So I hope things work out,” Dobson said.