Two New York City peace officers are being placed on modified duty, the mayor's office said Monday, after video went viral showing some of the officers ripping a toddler out of his mother's arms as they tried to arrest her in Brooklyn.

The incident happened at a social services center located at 275 Bergen Street in Boerum Hill on Friday.

The video, taken by a bystander, captured the chaotic scene that unfolded as officers tried to remove 23-year-old mother Jazmine Headley from the crowded office. Sitting on the floor during a four-hour wait because of a lack of chairs, Headley got into a dispute with Human Resources Administration (HRA) security officers, who called police, and the situation escalated.

Police were called when she refused a security guard's order to leave. The woman ended up lying face-up on the floor during a tug of war over her 18-month-old son.

"You're hurting my son!" are the words Headley screamed as she was forcibly arrested and her child grabbed from her arms.

Other clients shouted at the officers. At one point, an officer can be seen pulling her stun gun and pointing it at people in the angry crowd.

Headley was charged with obstructing governmental administration, resisting arrest, endangering the welfare of a child, and trespassing. As of Monday afternoon, she was still in jail because there was a warrant for her arrest in New Jersey, prosecutors said. Bail was not requested and prosecutors were reaching out to New Jersey officials to "expedite her release."

Also yet to be resolved is the order of protection filed against Headley, which means at least for now, she is not able to take custody of her child. A family member was taking care of the child, authorities said. 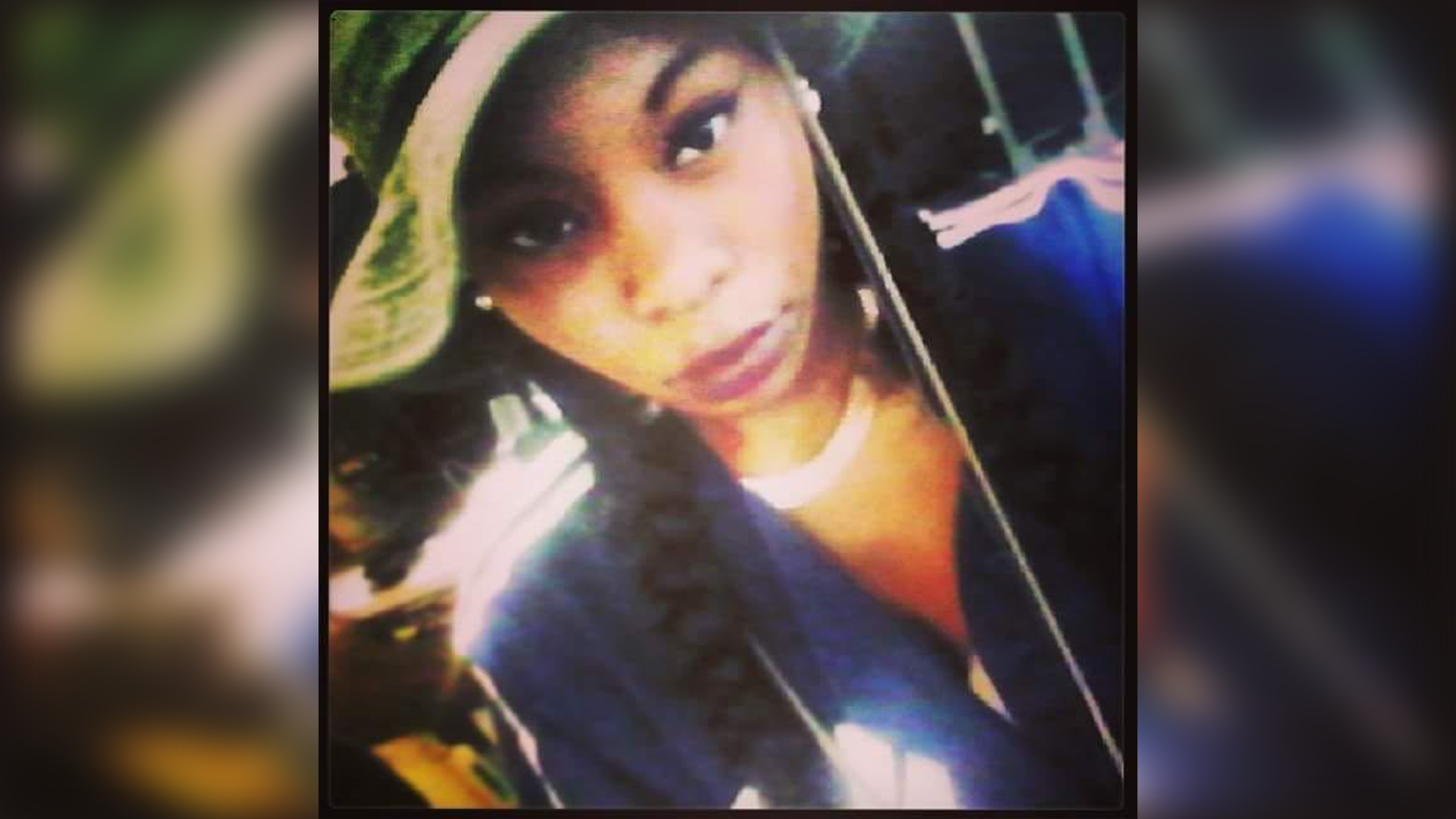 The Brooklyn public defender's office called on prosecutors to dismiss the charges.

At a news conference outside the benefits office Monday, Brooklyn Borough President Eric Adams, a Democrat and former police officer, likened the officers involved in Headley's arrest to "Border Patrol police snatching away" a baby. He called the arrest "a blemish on our entire city."

Steve Banks, commissioner of the Department of Social Services, said he was "deeply troubled" by the incident and a "thorough" review had been launched. He said two HRA employees, whom he described as peace officers, are being placed on modified duty pending that investigation.

"We were called to a chaotic situation, & we're looking at all available video to determine why certain decisions were made," O'Neill said in a tweet.

City Council Speaker Corey Johnson called the incident "appalling and heart breaking," and criticized both the police and the city agency where Headley had gone for help.

"It is unacceptable that Human Resources Administration has such little capacity to handle its core functions that folks seeking their assistance must sit on the floor with their children while waiting for an appointment," he said in a statement.

In a statement, Banks said HRA will reinforce training for officers and staff to "better diffuse situations before the NYPD is called for assistance."

"HRA centers must be safe havens for New Yorkers needing to access benefits to improve their lives. I am deeply troubled by the incident and a thorough review was launched over the weekend to get to the bottom of what happened," he said.

Mayor Bill de Blasio had little to say Monday, only tweeting, "This was a disturbing incident. Like anyone who's watched this video, I have a lot of questions about how this was handled."

It wasn't clear from court charging documents or the video why security guards at the center had ordered Headley to leave or why she refused to go.

Patrick Lynch, the head of the union that represents patrol officers, said the officers were "put in an impossible situation" and blamed shouting bystanders for making a tense situation worse.

"The event would have unfolded much differently if those at the scene had simply complied with the officers' lawful orders," he said. "The immediate rush to condemn these officers leaves their fellow cops wondering: when confronted with a similar impossible scenario, what do you want us to do? The answer cannot be 'do nothing.'"

The Brooklyn district attorney's office said it was investigating and hoped to reach a swift decision on whether to prosecute Headley.

Lisa Schreibersdorf, executive director of Brooklyn Defender Services, the legal aid office handling Headley's case, said at a news conference that it isn't uncommon for stressed clients of the city's overburdened social serve agencies "to find themselves arrested because of an incident that wasn't really criminal."

Benefits recipients like Karen Blondel, 56, a former client at the Brooklyn office, said the atmosphere inside the city aid offices was oppressive.

"The way they treat people in here from the time you get here in the morning, it's absolutely inhumane," she said.

Jeremy Friedman, 32, a massage therapist who has received food stamps, said he was regularly "treated like I'm not even human" at the office, and rudely hung-up on when he tried to call with questions.

Jennifer Roman, 33, said she works but has used public benefits for 13 years. She went to the Brooklyn office for the first time Monday after moving to the neighborhood from the Bronx.

There's a systemwide problem of disrespect, Roman said, and she was not surprised by what the video showed.

There's a perception, she said, that "since we need help, we're no good, we're scum."

"Being poor is not a crime," Letitia James, the city's public advocate and the state's attorney general-elect, said in a statement. "No mother should have to experience the trauma and humiliation we all witnessed in this video."

This story includes information from the Associated Press.

Main story image above of the incident courtesy of Nyashia Ferguson via Facebook.