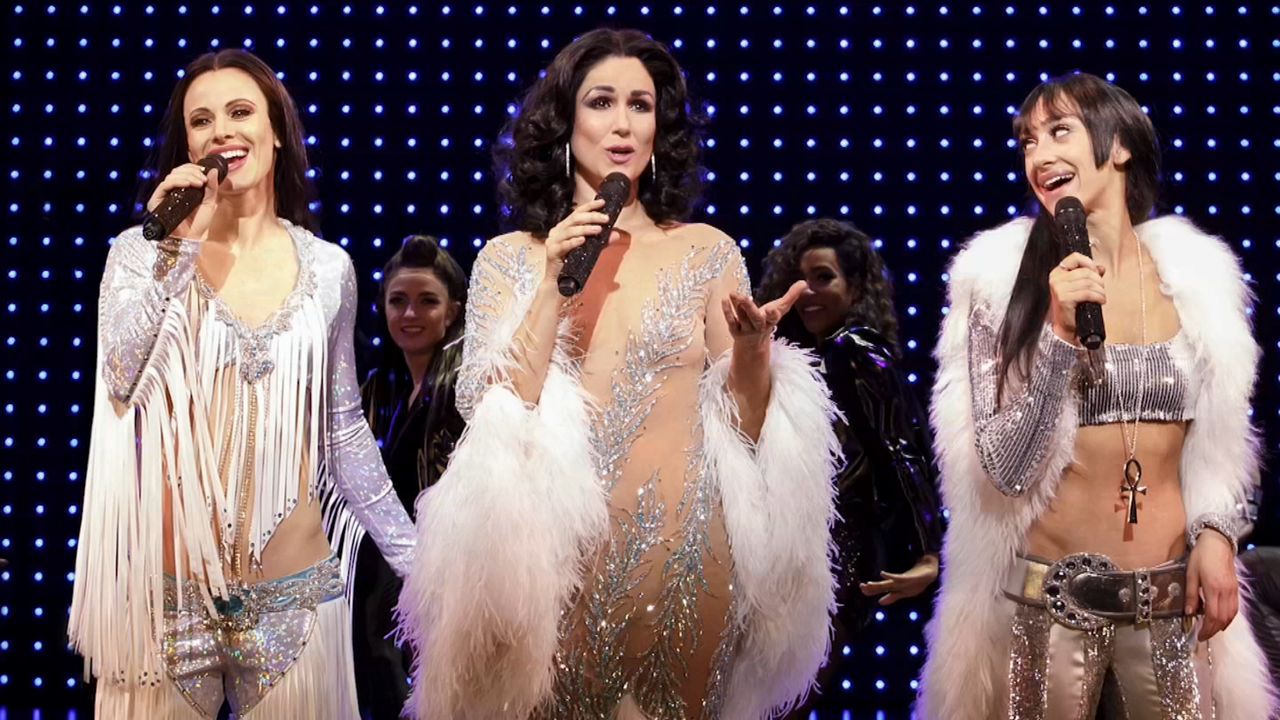 It even takes three women to portray Cher in "The Cher Show," a spirited jukebox musical about her life.

There's no denying that Cher is a superstar of the first order. She has that special something that defies comparison.  It even takes three women to portray her in the spirited jukebox musical about her life. And yet one of those performers is so incomparably talented herself, she emerges as a superstar in her own right.

That's Stephanie J. Block as the Cher character known as Star. The others are called Babe and Lady, depicting Cher at various stages of her life.

The book is by Rick Elice, perhaps best known for co-writing the "Jersey Boys" libretto.   Obviously skilled in the craft of writing Broadway musicals about popular singers, Elice once again relies on narration and a chronological storyline, hitting on key events with a fine degree of humor and heart. We learn about Cher's complicated relationship with Sonny, her paradoxical desire for fame amid her many insecurities, the film work, those outrageous Bob Mackie costumes, the comeback road tours, her struggles as a businesswoman, and of course the singing!

Artistically, it's no match for "Jersey Boys." But while that show has a special appeal to men, Cher's message of facing one's fears strikes a resonant chord among women and flamboyant gentlemen, as she puts it. Witness Christopher Gatelli's empowering choreography for "Dark Lady"!

Director Jason Moore does a fine job staging this complex show that has the three Cher's zigging and zagging all across the stage. Stephanie J. Block has 28 costume changes, which she manages with ease along with the rest of her stellar performance. Mastering Cher's off-handed humor, her laid back put-downs, and most especially, her throaty vocals, she is an absolute marvel in the exhausting role, though like the icon she portrays, never once do we see her sweat.

Teal Wicks and Micaela Diamond as the other two Chers hold their own impressively. Emily Skinner as Cher's mother stands out beautifully. And Jarrod Spector fleshes out the many dimensions of Sonny Bono, the controlling visionary who put Cher on the map.

We may have reached the saturation point with jukebox musicals, but for Cher fans eager to "turn back time," the beat happily goes on.