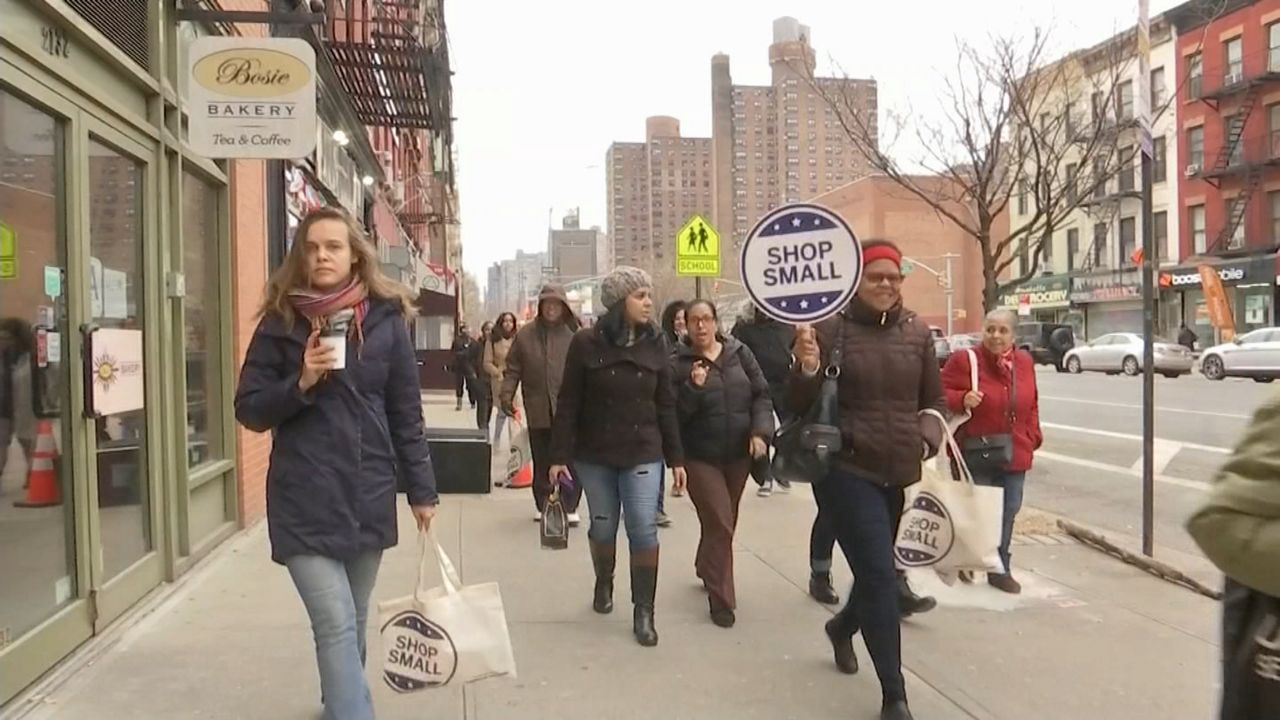 The holiday season lights up the city with festive colors, and green is the one color neighborhood store-owners are hoping to see a lot of. The kick-off for them was Small Business Saturday, the day after Black Friday. It's an attempt to draw in shoppers to spend money locally, instead of at the big-name national retailers. The idea has been catching on in Park Slope.

“I’ve been to most toy stores and they don’t have this much stuff,” said Ben Katulis, a young and enthusiastic shopper. “There’s like so many rows and rows of Marvel. We have lots of stuff. It’s amazing.”

American Express launched the campaign nine years ago and it has since expanded to include Puerto Rico. The goal is to help mom-and-pop shops that create jobs in the community, and to reap the benefits of the holiday shopping season.

“Bigger stores charge a little bit more,” said Joanny Joyner, another shopper we found out and about on Saturday. “Their sales are really not sales and the quality here is a lot better.”

Last year, nearly $13 billion was spent on Small Business Saturday. That number seems high, but retail experts say most shopping from Thanksgiving Thursday to Cyber Monday will be done at major chain stores, with more than half the transactions completed online. That's why vendors in East Harlem organized a neighborhood tour. Shoppers were handed bags and escorted to several shops.

"I can have a great latte and a great croissant without having to go far,” said Jo-Ann Barett, the owner and designer of Aromas Boutique Bakery.

The holiday shopping season can get hectic, especially at packed stores and malls. But people who shop local say one of the major bonuses of keeping it local is that there are hardly any crowds.

“Well, you have much more personal attention,” said Conrad Miller, another local shopper we ran into. “They can answer your questions and they have expertise on the products they sell.”