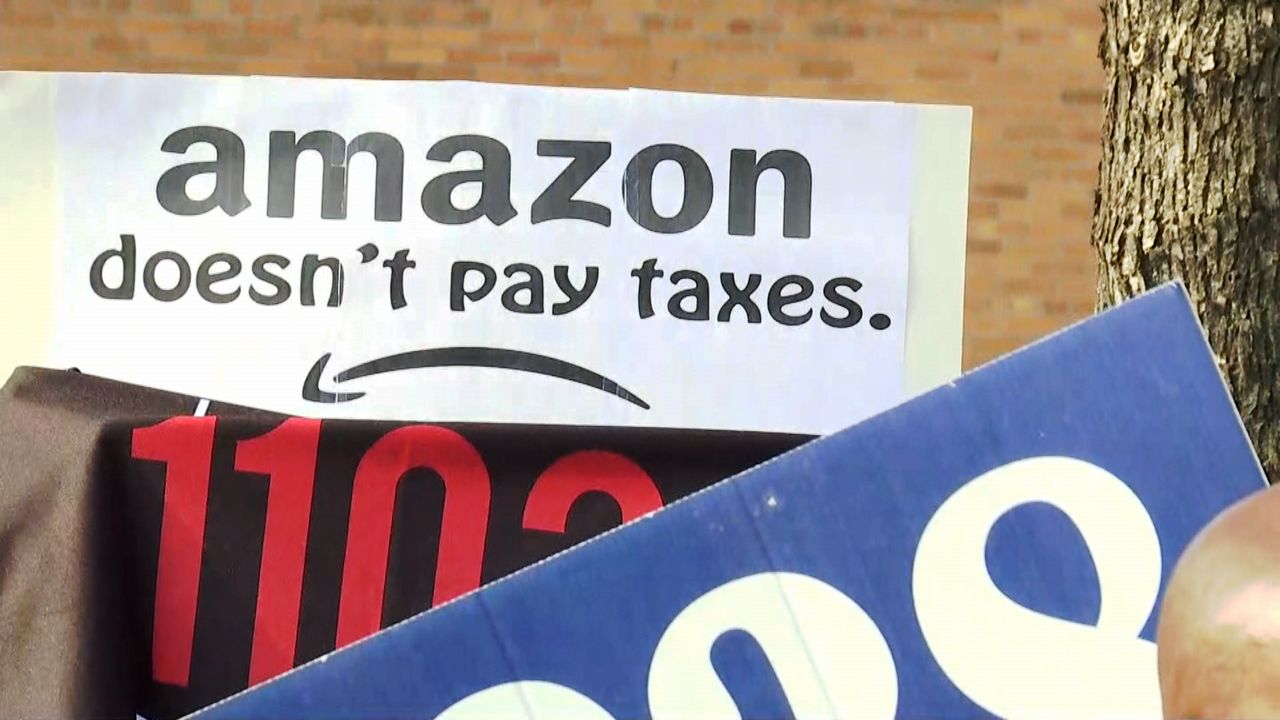 Some city lawmakers and community members in Long Island City rallied Wednesday against  deal to bring Amazon headquarters to their neighborhood.

They say the deal, which was a negotiated in a collaborative effort between the mayor and governor, amounts to a corporate handout, with Amazon benefiting from $3 billion in tax subsidies.

They say Amazon's move could result in skyrocketing rents and put a burden on local transit.

"People are also going to clog the subway stations," said Chelsea Connor, communications director with the Retail, Wholesale and Department Store Union. "I actually live here myself. I often have to let three and four subways go before I can get on one. It's only going to create more of a mess."

"It may be cold outside, but I am steaming mad," said City Councilman Jimmy Van Bramer of Queens.

The deal is expected to bring 25,000 jobs and billions of dollars in revenue to the city.