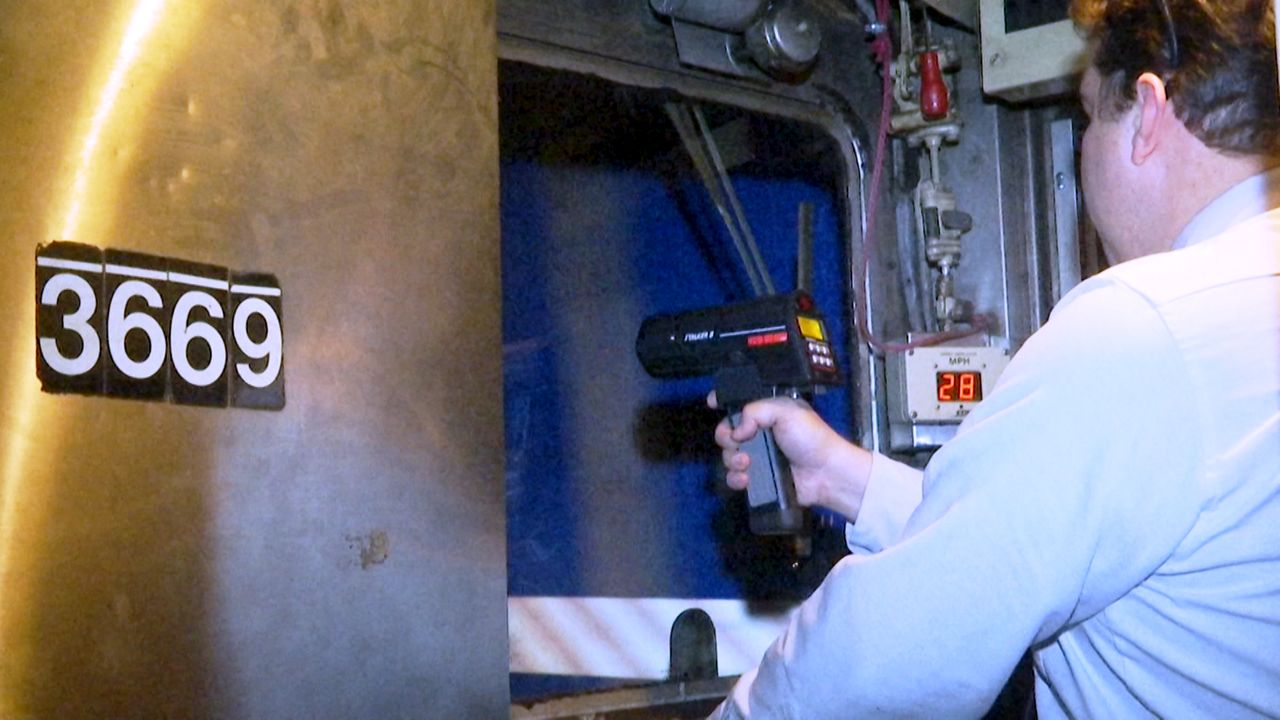 NEW YORK - The Metropolitan Transportation Authority is in the midst of trying to speed up the subway, testing the signal systems in 2,000 locations to determine if trains aren't running as fast as they safely could.

Hundreds of safety devices called signal timers were installed after a deadly subway derailment beneath Union Square in 1991 and a crash on the Williamsburg Bridge four years later.

The timers measure a train's speed on a segment of track.  If the train reaches the next segment faster than the speed limit allows, the signal automatically activates the train’s emergency brake.

The problem is, the devices have not been properly maintained.

Operators sometimes move at unnecessarily slow speeds to avoid tripping a faulty timer and bringing a train to a screeching halt.

"The overall impact of these signal grade timers has been undoubtedly to make the system safer. And we most certainly don't want to undermine that. But in some cases we feel that they have had an excessive unnecessary impact upon train service performance," said New York City Transit President Andy Byford.

NY1 recently got an exclusive look at how the timers are being tested between the morning and evening rush - part of the first systemwide review of the timers.

Riding in an out-of-service train, workers using radar guns and cameras check if the signal timers permit the train to travel at the speed limit.

The testing began in September. So far about 90 percent of that process has been completed.

The Transport Workers Union says it will challenge any speed increases that put track workers at greater risk of being hurt or killed. Byford says keeping employees and riders safe is his top priority.

"I don't think that safety and speed are incompatible," he added.

And with close to 30 percent of trains not reaching their destinations on time, every second can help.