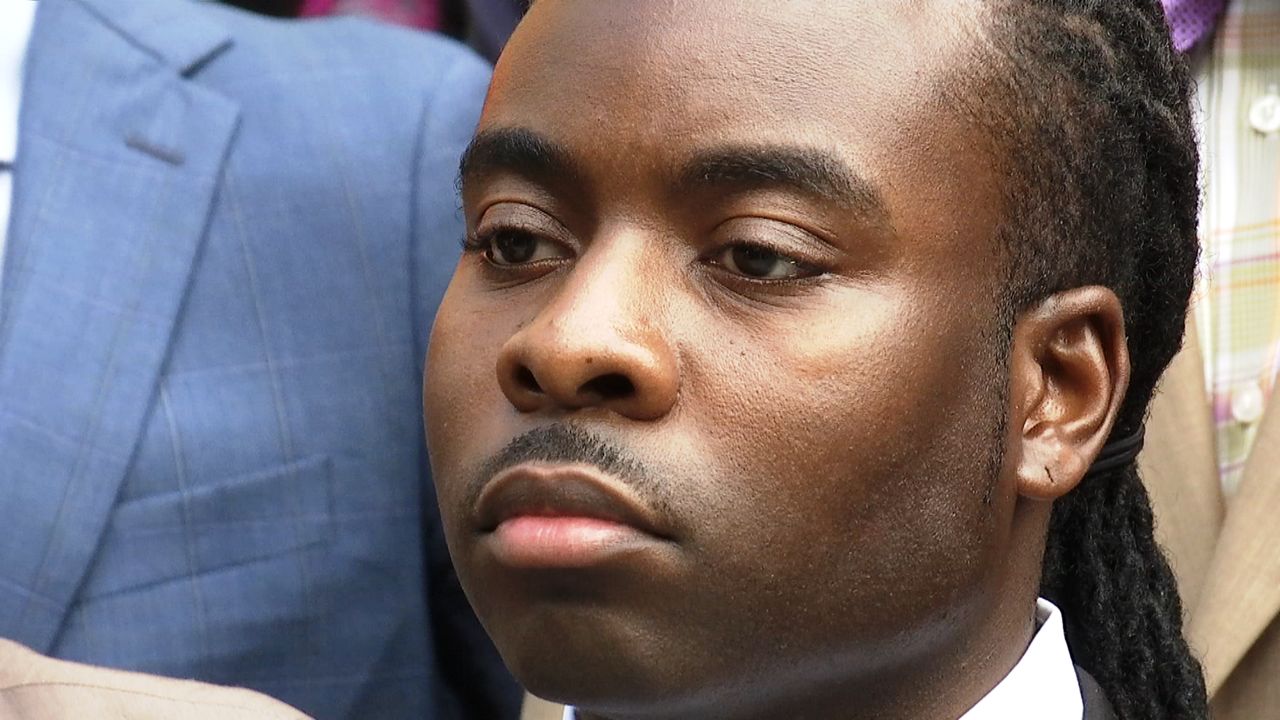 Sergeant Edwin Raymond says he's a good officer being blackballed because he spoke out against two of the NYPD's cornerstone strategies before the department abandoned them: Stop-and-frisk .. and the crackdown on petty offenses... known as broken windows policing.

"Commissioner O'Neill, we expect better. Mayor de Blasio, I voted for you proudly," Raymond said. "So I decided, 'You know what, mayor? I am going to fight from within so Dante doesn't have to worry.' And this is how I pay for it. It makes no sense.

The sergeant made reference to the mayor's son, Dante, echoing advocates who say that stop-and-frisk and broken-windows policing unfairly targeted young New Yorkers of color.

Raymond says he received one of the highest scores among sergeants who took the lieutenants' exam, but he was told he could not be promoted.

The NYPD confirms it's investigating him because officers under his command alleged he prevented them from arresting an African-American man violating an order of protection. Raymond says the requirements for an arrest were not met.

Raymond says officers and police bosses have been retaliating against him after he and other officers filed a lawsuit three years ago charging that the NYPD required officers to make arrests to meet quotas. He says his situation became more precarious after the same group of black officers publicly supported quarterback Colin Kaepernick's movement to take a knee to protest police brutality.

On Friday, Raymond and his supporters demanded the mayor and police commissioner make sure he's promoted.

"You claim to care about justice in these communities. That's all this man and the NYPD 12 have spoken about, and you are refusing to lift him up," said City Councilman Jumaane Williams of Brooklyn. "You are doing your best to push his career down. You are not going to do it in darkness. I am going to tell you that."

Raymond says this isn't the first time the police department has tried to block him from being promoted. He said he had to fight fight to get promoted to sergeant after doing well on that exam. And he says he's not going to stop fighting to become a lieutenant.