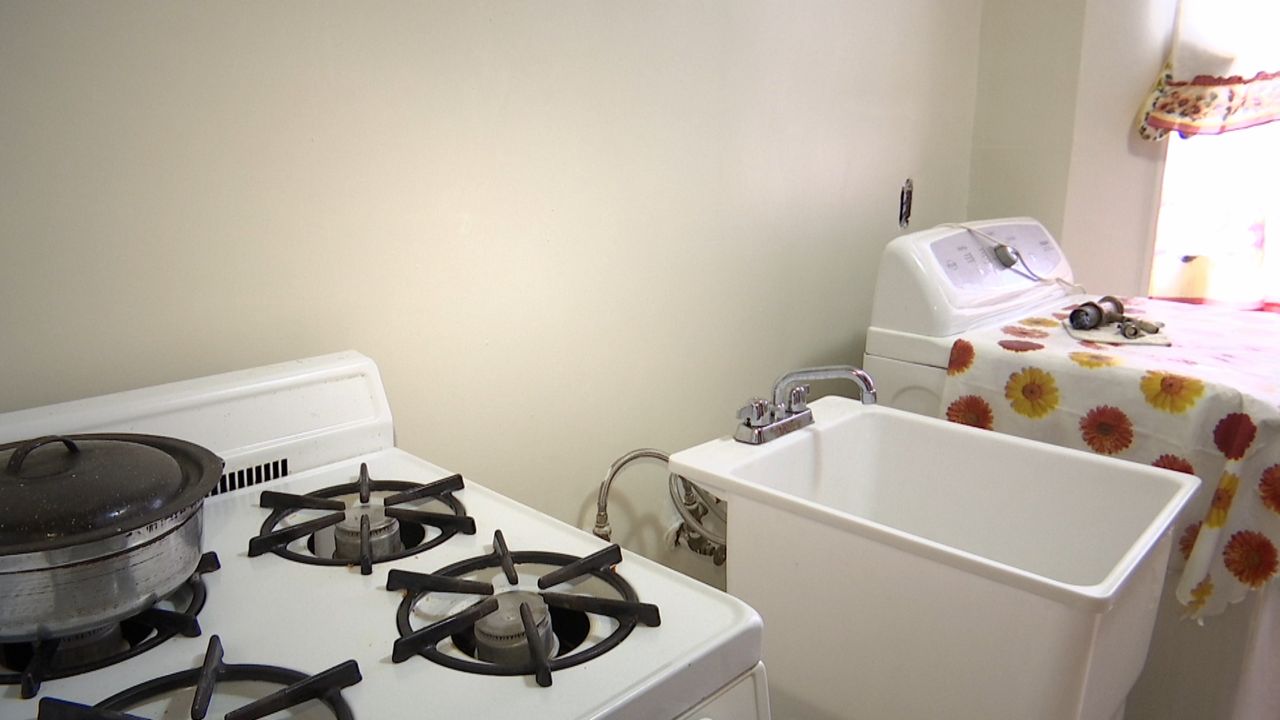 Dalia Soto likes to cook, but she says that's been difficult to do ever since the New York City Housing Authority (NYCHA) tore out the kitchen cabinets from her apartment in the LaGuardia Houses on the Lower East Side.

"It has been a headache," Soto said.

The problems started, she said, at the beginning of the year, with a leak in her kitchen wall. The only way to fix it was to remove the sink, unhook her washing machine, and take out her cabinets so workers could open up the sheetrock and plaster to get inside the wall. That happened, she said, in late spring.

The workers fixed the leak but never came back to return her kitchen to the way it was. Ever since, she has had to use a temporary sink and keep her plates, pots, and pans in bags scattered around her apartment.

"I'm more frustrated because I need my kitchen cabinets, I need my sink and I need my washing machine installed," Soto said. "They uninstalled it because they were working on the wall, the kitchen wall."

She requested new cabinets back in June, according to NYCHA. She has lived in public housing for more than a half-century — the last 21 years in the LaGuardia Houses.

Conditions were not always bad, but, increasingly, developments across the city have deteriorated, with peeling lead paint, mold, and broken elevators. When asked if she still has faith in NYCHA, Soto shakes her head.

"Not anymore. I used to have faith," she said. "When I used to call to give any complaint of something, they took care of it right away."

In a statement, NYCHA said it apologized for the delay and promised the repairs would be made Tuesday.