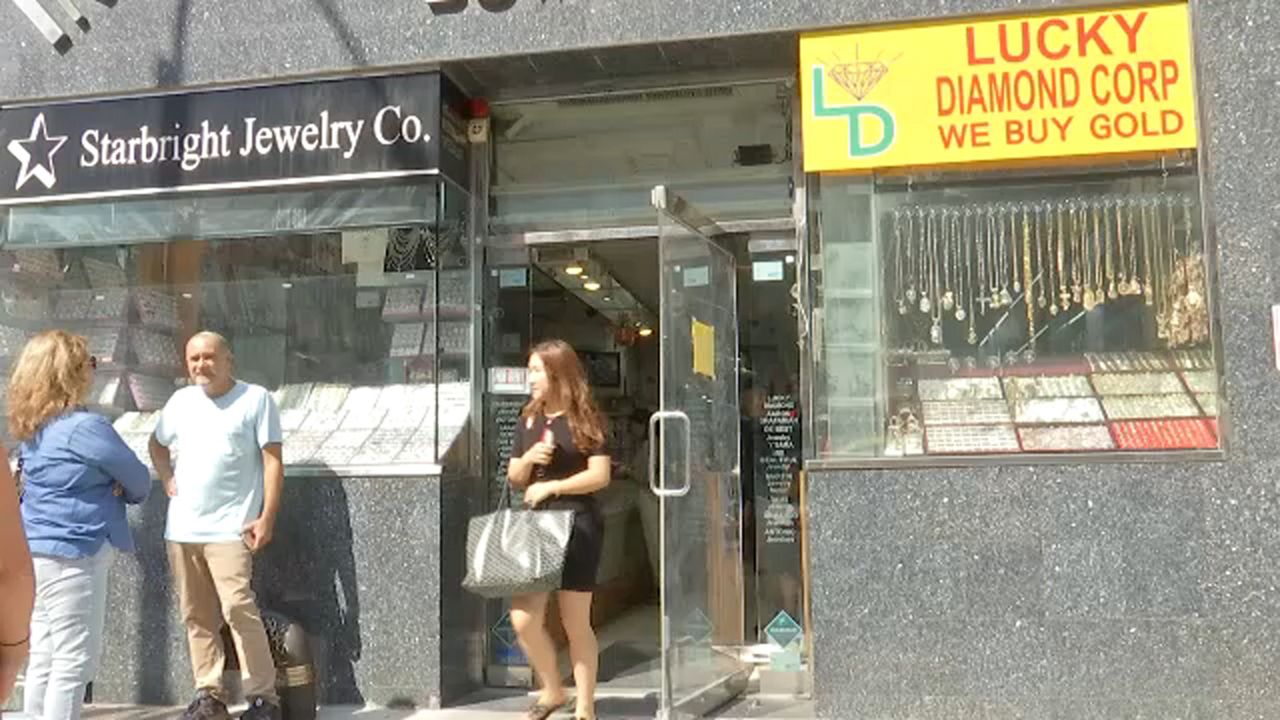 Police on Wednesday are looking for two men they said stole about $100,000-worth of jewelry from a Manhattan store.

"When I stood up, the guns were pointed at me, then I fell down," store employee Charlie Wont said. "In two minutes they took the things and jumped out. They shot the door and went out."

It happened around 2:15 p.m. at the Lucky Diamonds jewelry store at 80 Bowery in Chinatown.

Surveillance video shows one of the two men letting a customer into the store. One of the men is then pulls out a gun and stops the customer from exiting the store while the other jumps over a counter to grab the jewels.

Investigators said no one was hurt despite a shot being fired. The men fled northbound on Bowery.

The men were described as about 6 feet tall, last seen wearing black hoodies.

Manhattan City Councilwoman Margaret Chen said she has warned people about security concerns in the neighborhood for years, and allocated $100,000 for NYPD surveillance cameras to be installed in the area in 2013 but they have not yet been installed.

The Chinatown Business Improvement District said it works closely with the jewelers and has invested over $200,000 for security cameras on that street corner.

According to Chin, multiple people live in the building in which the jewelry store resides. She said similar incidents have happened in the past but did not provide details about them.

Anyone with information on the case should contact the Crime Stoppers hotline at 1-800-577-8477, or text CRIMES and then enter TIP577, or visit www.nypdcrimestoppers.com