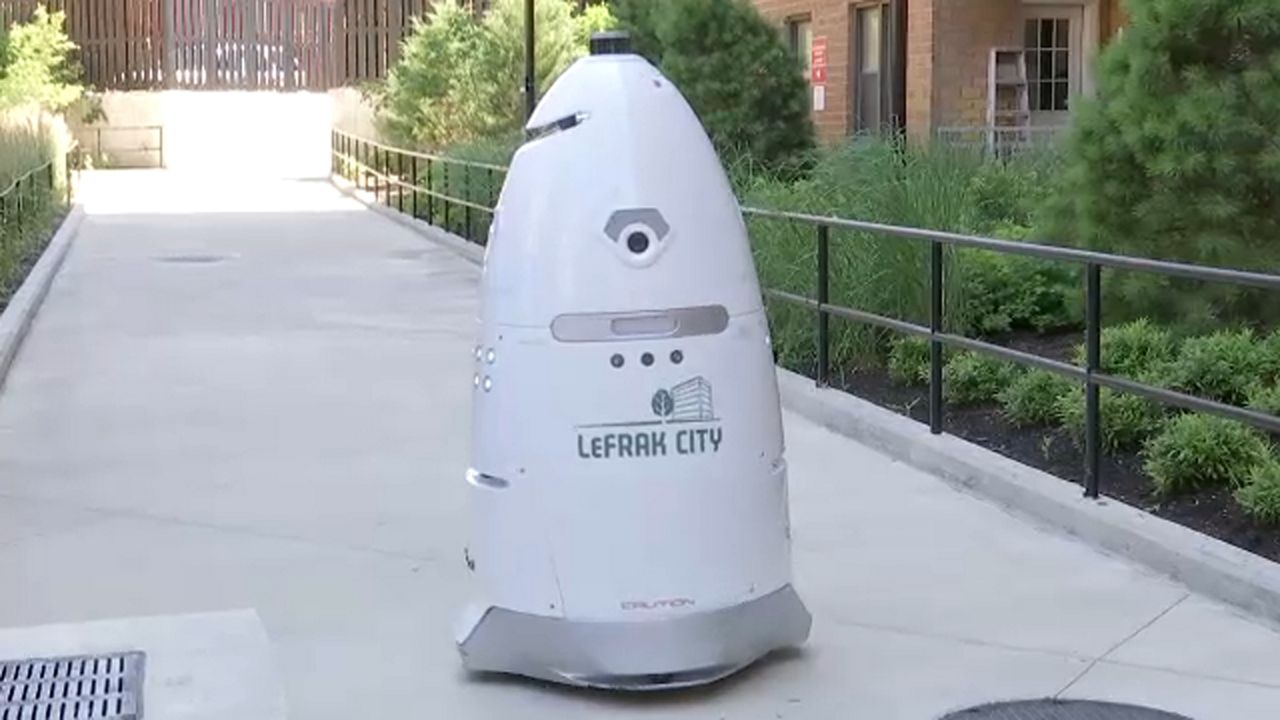 An apartment complex in Queens has taken a big step into the future with its new security guard.

"Rosie the Robot" has been on duty at LeFrak City in Corona since last summer.

Rosie makes her way around the complex at about 3 mph.

She has 360-degree cameras and sensors that pick up sound to help the human security guards identify trouble.

She is a big hit with the development's younger residents.

"She looks out for any danger that could hurt us," said one young resident.

"It's so cool to have a robot as our backup. The security can come quickly and stuff," said another.

Rosie may be a New Yorker now, but she was actually created by a California tech firm called Knightscope.