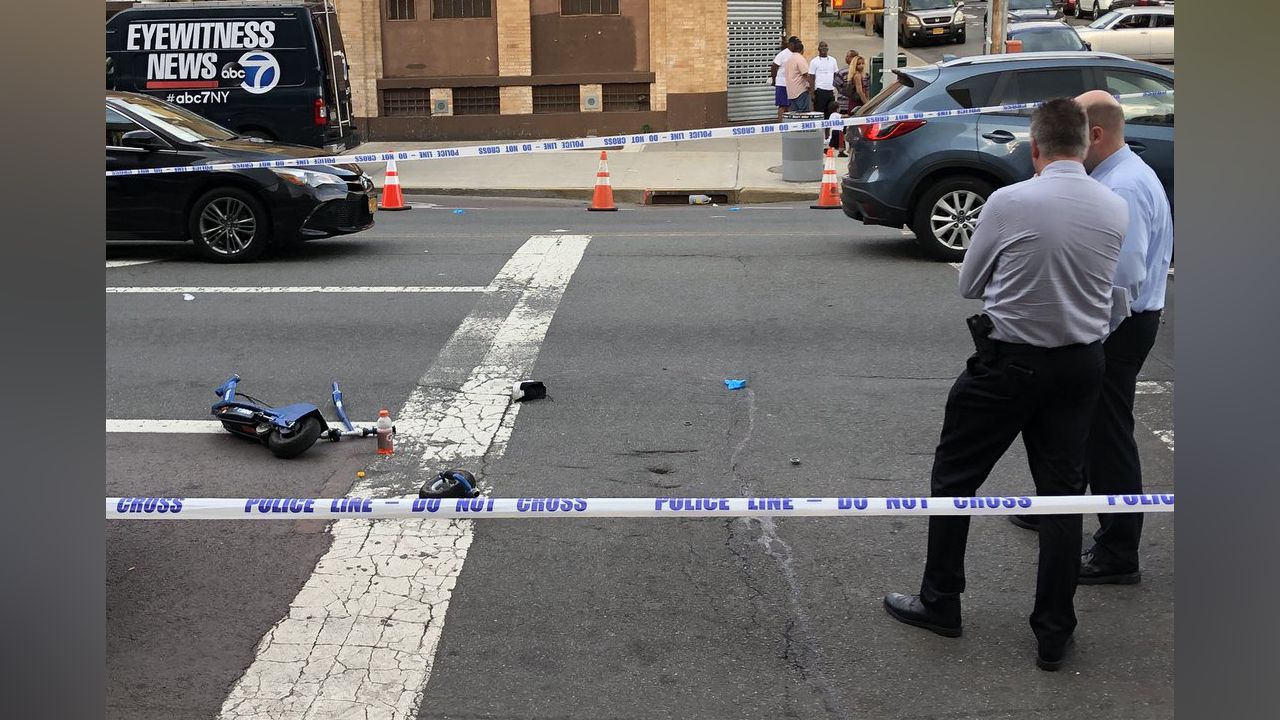 7-year-old boy dies after MTA bus strikes him in the Bronx, NYPD says

A seven-year-old boy riding a scooter was killed Saturday in the Bronx after an MTA bus hit him, the city police department said.

Police said Shevon Bethea of Brooklyn was riding his scooter around 3:30 p.m. near Webster Ave. and East 184th St. in Tremont when the bus, which was travelling southbound on Webster Ave., hit the boy.

Officials said responding officers found the boy on the ground with severe body trauma, and he was pronounced dead at a local hospital.

Sources said a Bx41 Select Bus Service bus hit Bethea, and the 38-year-old driver was taken out of service, which is typical for a situation like this. According to sources, no one on the bus was injured.

Police said the driver stayed on the scene, and an investigation is ongoing.

Eyewitnesses said Bethea was riding his motorized scooter down the steep incline of 184th St. and the bus hit him as soon as he entered the intersection of Webster Ave. Some eyewitnesses said the bus had the green light, according to sources.

Sources said the bus hit the young boy with its right-front bumper, with Bethea falling clear of the bus.

It is unclear if the driver knew the boy had been struck before coming to a stop across 184th St. No charges have been filed at this time.

Sources said the driver has been on the job for a little more than three years.

An MTA spokesperson said in a statement, "This is a tragic situation and our thoughts and prayers are with the family and friends of this young boy. We are working closely with police."