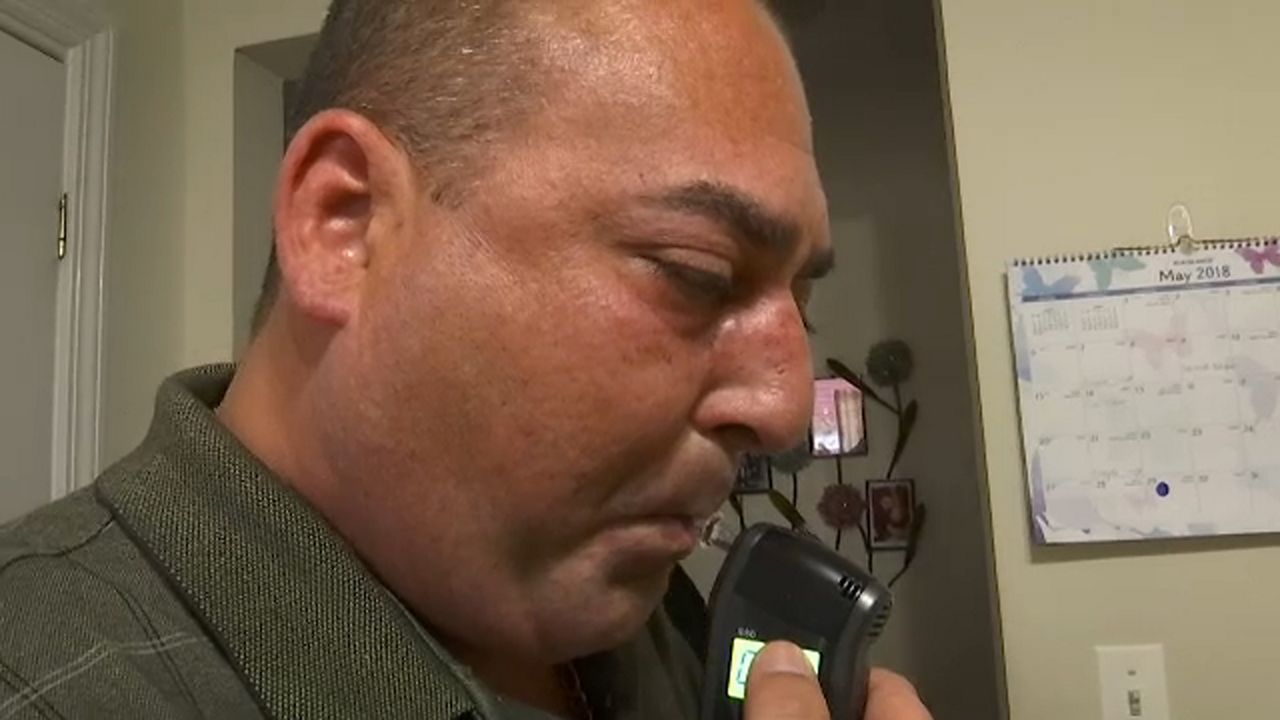 Meet a man whose body was producing its own alcohol

He hasn't had a drink in years, but 45-year old Donato Giannotto begins every day the same way: testing his blood alcohol level.

The readings tell the story of an obscure disorder known as auto-brewery syndrome.

What is auto-brewery syndrome?

Auto-brewery syndrome is a condition where a person can get drunk just by eating bread, carrots or any other carbohydrates. Abnormal amounts of yeast in their gut convert carbohydrates into ethanol, just like a brewery.

"It's exactly the same," said Michelle Giannotto, Donato's wife. "There is no difference between someone who drinks alcohol and someone who brews it."

The syndrome is caused by antibiotics.

Fewer than 100 people worldwide are believed to suffer from auto-brewery syndrome. It is so rare, it is often undiagnosed.

Some suffers are arrested for drunk driving, even though they did not drink.

How was Giannotto diagnosed?

Giannotto's nightmare began after a dinner four years ago, when he said he felt strange.

"Lightheaded, slurring of speech, not being coordinated," he said.

After a seizure, he was admitted to intensive care.

"The doctors kept asking me, 'Does he drink?' And I was puzzled. I said, 'No! We don't drink,'" Michelle Giannotto said.

The couple stumbled upon a diagnosis after a cousin, a doctor, recalled a seminar on unusual conditions.

Michelle found a paper on the internet and brought it to his doctor.

Giannotto was monitored as he ate carbohydrates. His blood alcohol level spiked to .25, two times the limit, even though he did not drink.

"He would not show symptoms until it went a little bit higher," Michelle Giannotto said. "So my theory is that he was brewing alcohol for so long that he was becoming tolerant."

Giannotto's case developed after antibiotics he was taking allowed yeast in his gut to grow unchecked.

How was he treated?

Doctors finally had a diagnosis. But they had no idea what to do, as Giannotto's health worsened, with seizures, weight gain, diabetes and pancreatitis.

Michelle called 112 hospitals and dozens of doctors, but found neither help nor hope.

"When one of my colleagues whom I've known for 30 or 40 years calls me and says, 'Look, I have this very difficult case, I need your help,' I'm not about to say no," said Dr. Prassana Wickremesinghe, a gastroenterologist.

Wickremesinghe recruited an infectious disease specialist to investigate. They were able to identify the strand of yeast growing in Giannotto by taking samples from his gut and growing them in petri dishes for 15 days.

As soon as they had enough sample to determine the specific yeast, they found an antifungal and probiotic combination to make it stop growing.

"It's a relief. Things are back to normal," he said. "People don't realize how bad it is until it affects you."

Word of Giannotto's success has spread, and doctors at RUMC are currently treating four other cases from across the country. Doctors are also working on a paper about the disorder they hope to publish in a medical journal.

But people with the syndrome, while able to be successfully treated, are not cured. Giannotto was recently in the hospital and given a round of antibiotics without his wife knowing. That caused the whole cycle to begin again. His diet and the probiotics and staying healthy are important.

Doctors recommend that anyone who says they are not drunk but is showing high levels of alcohol go through the carbohydrate challenge to see whether there’s a positive diagnosis.