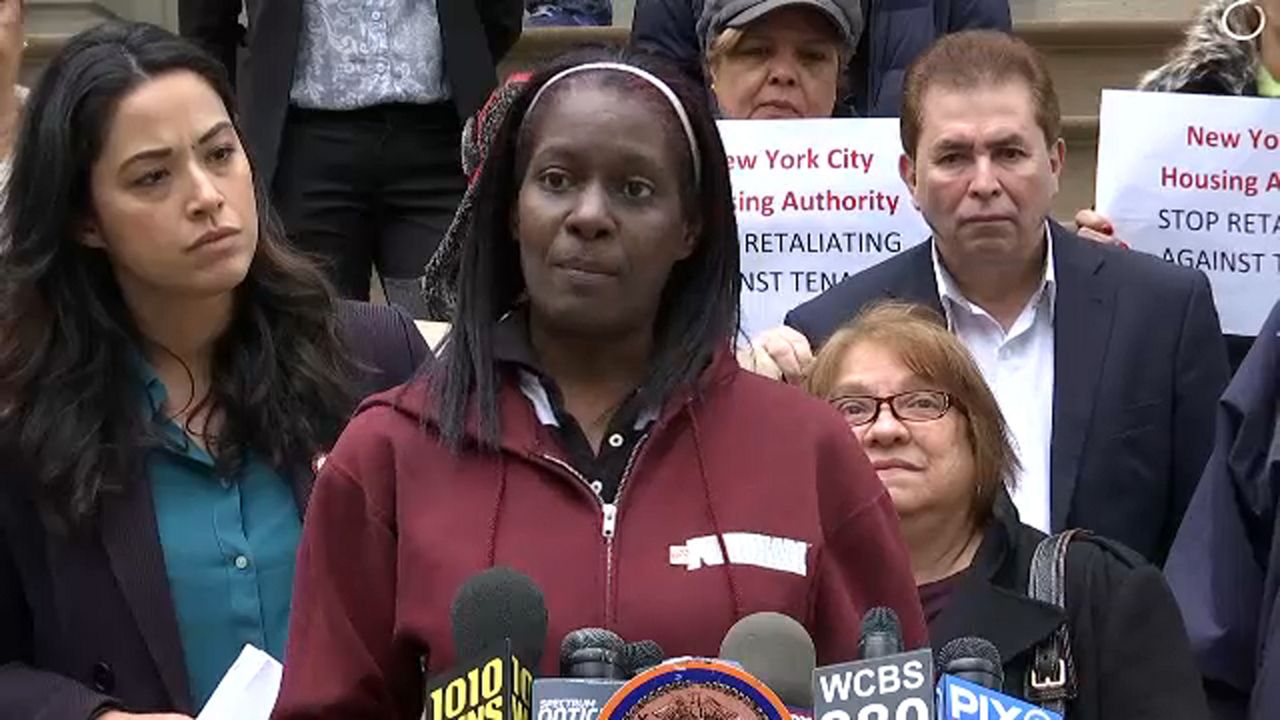 Tenant says NYCHA tried to evict her for complaints on conditions

Keisha Benjamin lives in the Jacob Riis Houses on the Lower East Side. When her complaints about poor conditions in her apartment fell on deaf ears, she went to the media.

Her outspokenness got the attention of the New York City Housing Authority (NYCHA) — but not the kind she wanted. Benjamin says NYCHA tried to evict her.

"All tenants feel that you have a voice," she said. "You are allowed to use that voice and you should not be retaliated against."

Elected officials and housing advocates were with Benjamin at the press conference, offering their support.

"Let me be clear: Jacob Riis Houses is not the only development that is retaliating against tenants," Manhattan City Councilwoman Carlina Rivera said. "We have examples from Red Hook. It's all over the city."

Rivera is demanding that NYCHA overhaul how it handles complaints. She said how NYCHA managers respond to complains should be part of their performance reviews.

"We want access to the data that has been collected, and we want a real way to solicit honest recommendations and suggestions on how to improve on how you address a complaint from a tenant," Rivera said.

"We will open an investigation into the particular allegations at Riis Houses, as well as NYCHA's general procedures for handling complaints and allegations of retaliation and harassment," said Bronx City Councilman Ritchie Torres, the chairman of the council's Oversight and Investigations Committee.

NYCHA said it tried to evict Benjamin, but only because of a "rent delinquency in 10 out of the last 12 months."

The authority added, "Ms. Benjamin has since paid her rent and there is no pending action against this resident. We continue to work with her on the repairs she has requested."

Still, the rallying group Monday asked that NYCHA residents, who believe they've been intimidated for speaking out, should come forward.