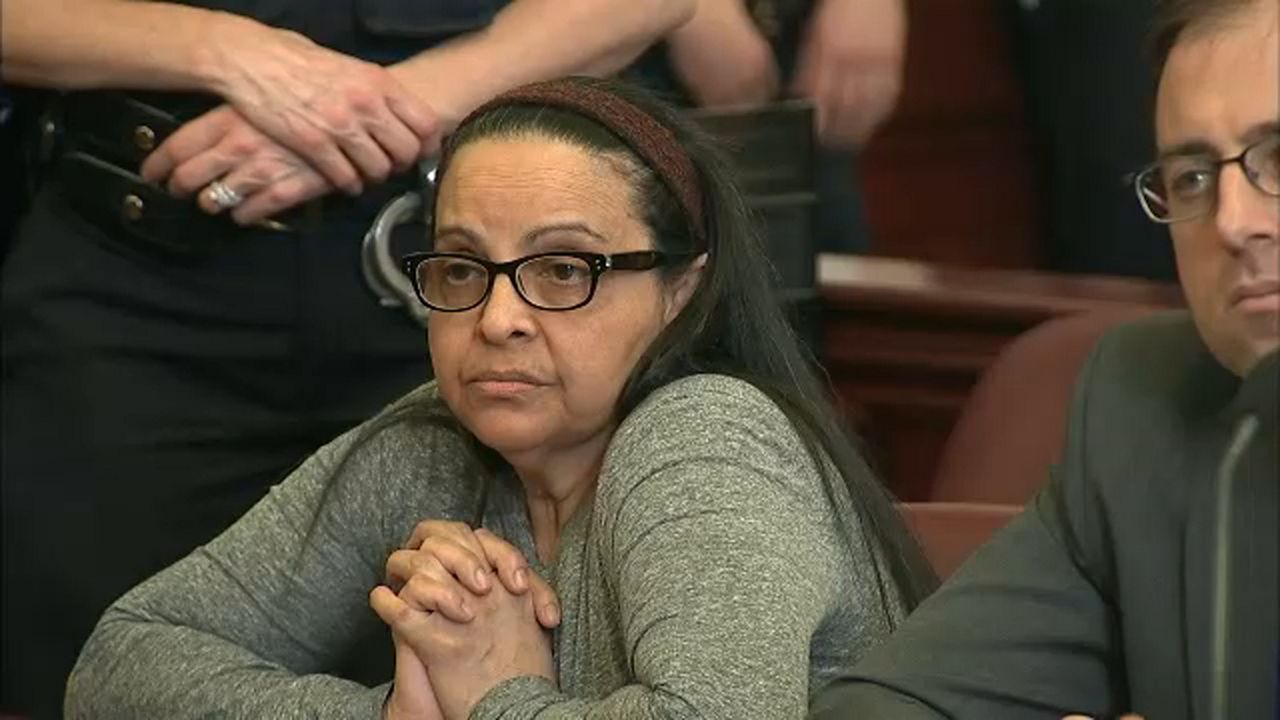 A file image of Yoselyn Ortega during the trial.

A jury has found a former Manhattan nanny, who slaughtered two children in her care in 2012, guilty on all charges in her murder trial. Her defense had argued she was too mentally ill to be held responsible for the killings.

Yoselyn Ortega attacked 6-year-old Lucia Krim and her 2-year-old brother Leo, on Oct. 25, 2012 in their Upper West Side apartment, placing their bloodied bodies in a bathtub before their mother, Marina Krim, came home to discover the horrifying scene. Ortega also plunged a knife into her own neck in a failed suicide attempt.

"We could not find a strongly credibly proof that the defendant was not aware and able to recognize what was going on," David Curtis, one of the jurors, said during a press conference after the verdict.

Ortega had pleaded not guilty by reason of insanity.

New York has a high bar for the insanity defense and it is rarely successful. To win, Ortega's lawyers tried to prove that she was hearing voices from the devil — and didn't know right from wrong at the time of the killings.

Mental illness "does not announce itself like a bad cough or a limp. Sometimes it sneaks up and nestles in before anyone takes notice," her lawyer Valerie Van Leer-Greenberg said during closing arguments.

If the jury had agreed, Ortega, 55, would have been sent to a psychiatric facility instead of prison and could have been discharged if doctors felt she is ready.

Instead, she faces life in prison.

The children's father, Kevin Krim, held hands in court with two alternate jurors who said they would stay for the verdict and then hugged them after it was read. They cried together.

It took 12 jurors a little under 10 hours to convict Ortega on all four counts of murder.

"It was not a decision we reached easily or lightly," Curtis said, his voice cracking. "There were a lot of tears."

He said jurors were divided at the beginning of deliberations and remained so until they reached a verdict.

During the six-week trial, jurors heard wrenching testimony from the victims' parents and looked at gruesome crime scene photos.

Prosecutors argued Ortega knew exactly what she was doing — and that she acted out of jealous hatred of the children's mother, Marina Krim, who was richer and happier than she.

"She did it intentionally with a full understanding of exactly what it was she was doing — every stab, every slash," Assistant District Attorney Stuart Silberg said during closing arguments.

Jurors heard heart-wrenching testimony from Marina Krim, who spoke of the sickening, desperate moments when she saw her two children's vacant eyes, their small bodies perforated by stab wounds.

Lucia, who was called Lulu, was stabbed more than 30 times and had defensive wounds on her body. Leo was stabbed five times.

Marina Krim was at a swimming class with her 3-year-old daughter, Nessie. They went to pick up Lucia from dance class, but she wasn't there.

Krim, after finding Lucia's and Leo's bodies in the family's home, ran outside with Nessie, called for help and started screaming.

"It was a scream you can't imagine is even inside of you," Krim testified. "I don't even know where it came from. I just thought: 'I'm never going to be able to talk to them ever again. They are dead. I just saw my kids dead.'"

Their father, Kevin Krim, had been away on a business trip. He spoke of walking down a long hallway at the hospital where he saw his children.

"They still had this perfect skin and these long eyelashes," Krim said. "They had like sandy brown hair....You could see they tried really hard to wash all the blood out but there was still kind of an auburn tint to it that I remember to this day."

Many in the courtroom, including jurors, wept.

Meanwhile, Ortega's defense had called witnesses to talk about a worsening medical condition that went unchecked. A defense psychiatrist, Karen Rosenbaum, said Ortega told her she was taking commands from the devil and it was getting worse when she killed the children.

Prosecutors called their own doctors, who said Ortega intended to kill the children. They showed video of a conversation with a psychologist in which she denied the devil had anything to do with it.

Ortega wiped away a tear after the verdict was read, but she showed little emotion during the testimony and mostly stared straight ahead. She shook her head forcefully and mouthed "no" during testimony that her employers treated her well.

Alternate jurors were released Tuesday, and two said outside court they would likely have convicted Ortega. One, 31-year-old Chloe Beck, cried when she talked about what she'd seen in evidence. "I don't think I'll ever be the same," she said.

Kevin Krim stood with Manhattan District Attorney Cyrus Vance during Vance's press conference after the verdict. He did not speak or take any questions, but he nodded when Vance expressed his condolences.

"We hope this verdict gives the Krim family an opportunity to heal," Vance said.

Ortega's sentencing is scheduled for May 14.