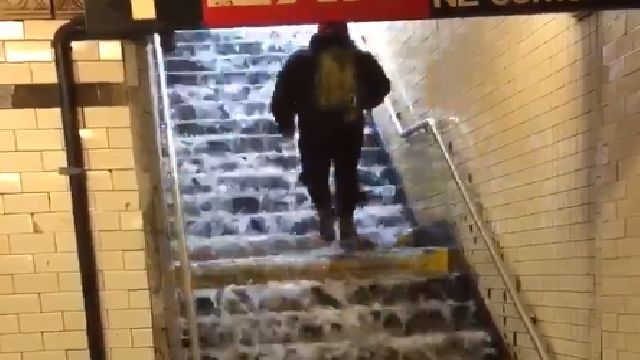 Monday's heavy rains caused quite a mess for New Yorkers both above and below ground.

A total of 3.29 inches of rain fell in Central Park on both Sunday and Monday.

Here are the rain totals from today and yesterday. It was our biggest rain event since October pic.twitter.com/3OAAkXQlyv

One in particular, taken in the 145th Street/Broadway station, showed a cascade of water falling down the station's stairs and flooding the turnstiles.

Others showed water splashing down next to a train in the 42nd Street-Bryant Park subway station.

Hope you don’t have to get off at Bryant Park pic.twitter.com/kuJYWHwnc3

The morning commute for drivers was also a challenge.

North and southbound lanes of the Henry Hudson Parkway in Manhattan and the Bronx were closed to traffic Monday morning due to heavy flooding conditions.

Be sure to check out our Weather On the 1s forecast throughout the day.