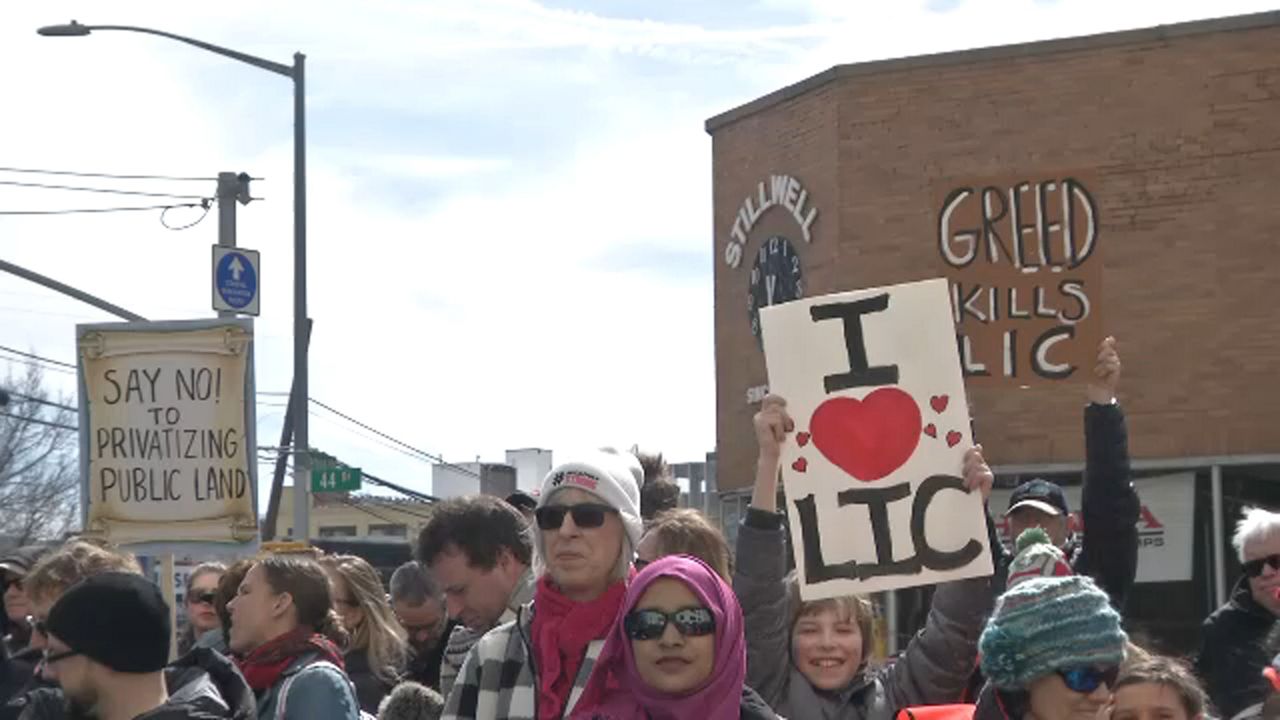 Residents in Long Island City are opposing a rezoning plan to repurpose city-owned property in the area.

The plan would turn a group of city-owned lots into commercial space, luxury apartments and a school.

Protesters, however, say the land near 44th Drive and the East River should be turned into a community recreation center instead.

"There are a lot of kids in this neighborhood, and the people in Court Square are a little bit younger, but they're going to be having kids in the next few years but there's no schools in that neighborhood," said David Franco, a Long Island City resident. "We need a community center for her when she grows up, somewhere to go that kind of unites all the communities here in Long Island City."

Queens Council member Jimmy Van Bramer says he will vote "no" on the development proposal if the mayor doesn’t indicate he's taking his constituents' concerns seriously.

NY1 reached out to the mayor's office for comment.