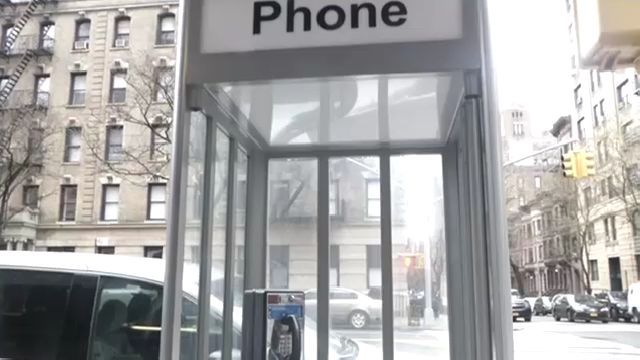 NEW YORK - In the age of smartphones, New Yorkers do not see many walk-in phone booths around the city.

That's because there are only four left, and they are all on the Upper West Side.

Many of the old ones were turned into kiosks, and the company in charge of them says there's a good reason behind it.

"We're working everyday to become the city's, the most tech friendly city in the world by replacing outdated phone booths with Link kiosks that can do everything that a phone booth can do except the calls are free and there's super fast free wifi for everyone," said NYC Department of Information Technology and Telecommunications Assistant Commissioner Kate Blumm.

The last four booths have been preserved because some New Yorkers say they are iconic and part of the city's history.