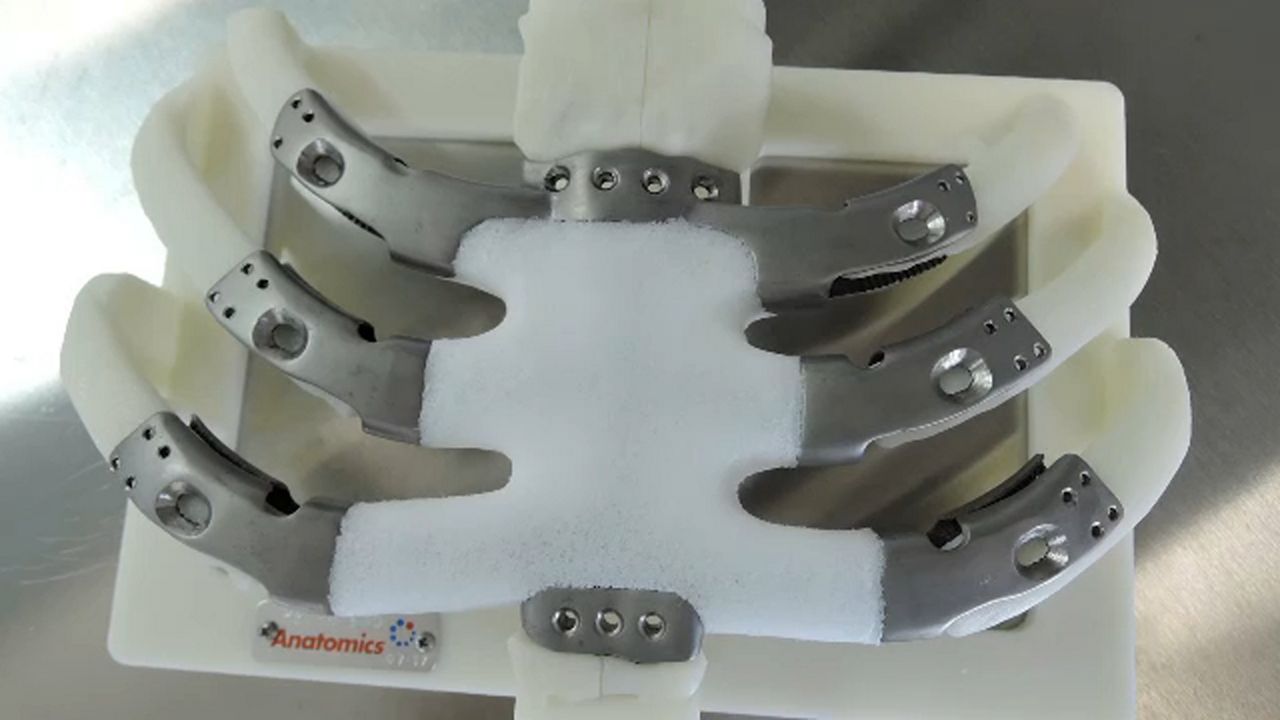 It was a near-death experience that saved Penelope Heller's life.

In 2014, she was thrown off a jet ski going 60 miles an hour. She was evacuated by helicopter to a nearby hospital.

Miraculously, she walked away with no lasting injuries, but CAT scans revealed a mass in her sternum.

"We went back to see the bone cancer doctor," Heller said. "He said, 'This is malignant, we need to take it out.'"

Her sternum was removed and replaced with a Gore-Tex-based substitute. She was cancer-free, but her battle with pain was just beginning.

"With an inhale, the chest is supposed to expand, but my chest was collapsing. So I couldn't really take such deep full breaths," Heller said.

"But a year and a half later, I was thinking to myself that there's something wrong," Heller continued. "I had this really sharp pain on my upper back, on the left area."

Even yoga, a lifelong love, was difficult for Heller.

With few options for pain relief besides drugs, and insurance unwilling to cover physical therapy long term, Heller took matters into her own hands.

"He and Anatomics sort of got the ball rolling on their conferences and their design process for what ended up being a very cool looking prosthetic sternum," Heller said.

Dr. Port took out the old prosthetic and implanted the new sternum.

"This is really quite unique in the sense that you can order up something that meets someone's CAT scan-specifications, and have it custom-fit," Port said. "So you can see a better fit, better stability, better rigidity, and ultimately a better cosmetic result in patients."

"I no longer feel my heartbeat in my belly," she said. "I'm not constantly in pain like I was six months ago. It's really exciting."

Now with a new chest wall, life is beginning anew for Heller, who's heading off to college to pursue arts and, possibly, medicine.