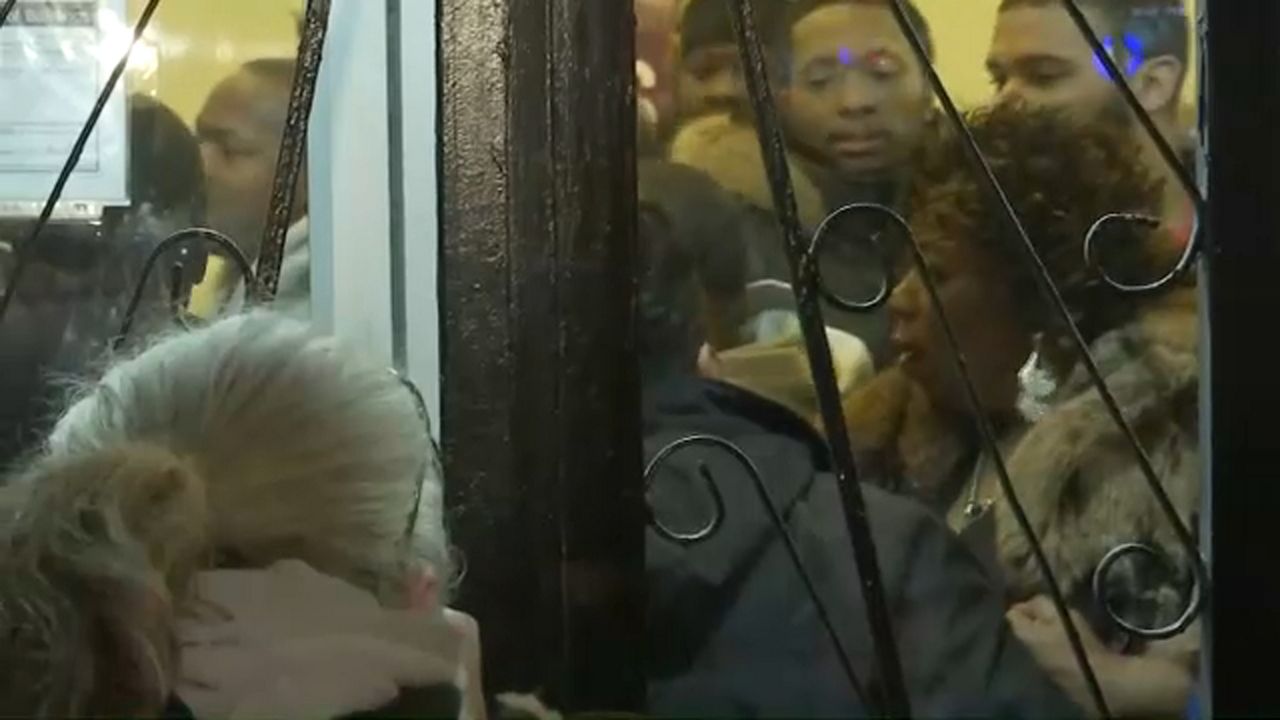 Fight breaks out near entrance of Erica Garner's funeral in Harlem

A fight broke out Monday evening near the entrance of the Manhattan church where mourners are paying their respects to Erica Garner, the eldest daughter of Eric Garner.

The physical altercation erupted around 5 p.m. after Erica's grandmother, Gwen Carr, who is Eric's mother, arrived to pay her respects at First Corinthian Baptist Church in Harlem.

Mourners said Carr was not invited to the funeral. That caused some volatility inside that erupted into the fight.

"It is these old activists and these old institutions that are banning family members from a funeral!" one mourner said outside. "Eric's mother could not get into this funeral because of this political nastiness, because of greed, because of money, because of tension! This woman fought for justice, not dollars!"

Many people were told to spill out into the street, and police officers went inside. Dozens of people were waiting to enter the church to pay their respects after the fight but, at the time of this writing, have been barred from entering.

Erica, 27, died in late-December after she spent a week in a coma following a heart attack.

Erica's father died 2014 after an NYPD officer placed him in a chokehold. He had been stopped for selling loose cigarettes on Staten Island.

The incident was caught on video, with Garner repeatedly saying, "I can't breathe."