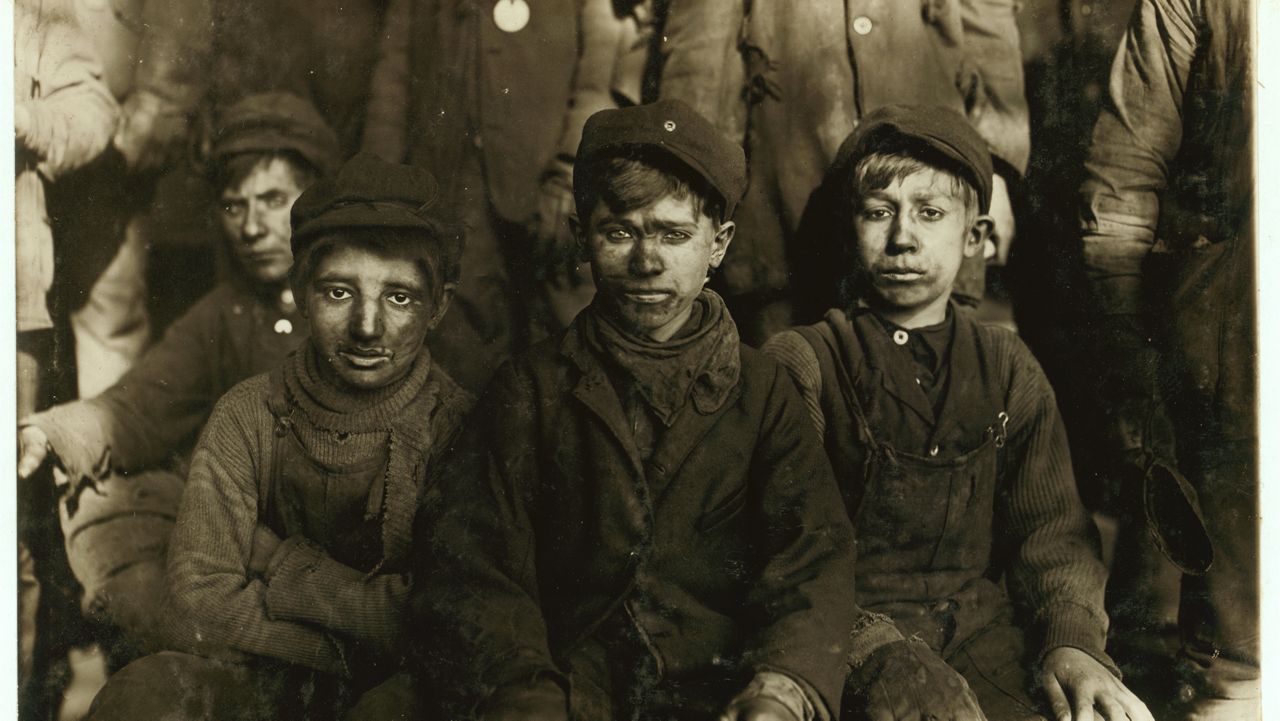 How we got here: A history of minimum wage laws in America

Last month, a bid by Democrats to increase the federal minimum wage from $7.25 to $15 an hour failed in the Senate.

Debate rages on, with backers saying the wage hike would lift hundreds of thousands of people out of poverty and opponents countering that small businesses would suffer – it's a conversation that’s been going on for more than a century.

But the work came at a cost. Women and children made up more than half of those inside. Pay was low, and conditions were miserable. Lawrence had among the highest death rates in the country.

In 1912, after a 14-year-old boy had his leg crushed in an elevator at one mill, workers went on strike.

Three people were killed; two as police battled strikers; the third, months later by a group of men who objected to his labor pin. A monument in a Lawrence cemetery commemorates the three deaths.

The strike forever changed work and pay. Massachusetts passed the nation’s first minimum wage law, although the law was limited to women and children.

California, Colorado, Minnesota, Nebraska, Oregon, Utah, Washington and Wisconsin followed shortly after, passing minimum wage laws of their own. By the end of World War I, they were joined by Arizona, Arkansas, Kansas and Washington, D.C.

But in 1923, the Supreme Court struck down minimum wage laws. Life for American workers would remain difficult, with those hardships soon compounded by the Great Depression.

Amid widespread poverty, the country elected former President Franklin Delano Roosevelt. And cleared by a Supreme Court reversal, in 1938 he signed a major labor law, the Fair Labor and Standards Act.

“Except perhaps for the Social Security Act, it is the most far-reaching program, the most far-sighted program for the benefit of workers ever adopted here or in any other country,” Roosevelt said of the law.

The Fair Labor and Standards Act ended child labor, set a 44-hour workweek and began the nation’s first federal minimum wage at 25 cents an hour. While that would still be less than $5 when converted to today’s dollars, progressives saw it as a triumph.

Since 1938, the minimum wage has been raised more than twenty times, in administrations of both parties. But its purchasing power has meant different things depending on the year. When adjusted for inflation, the minimum wage hit its peak in 1968 at $12.30 an hour in today’s dollars.

“Obviously, since that time, increases in the federal minimum wage have been either less frequent or just smaller, just inadequate to keep up with the rise in prices,” David Cooper, a senior analyst at the Economic Policy Institute told Spectrum News.

That’s led to calls for a $15/hour minimum wage, dubbed the “Fight for $15.” It has unleashed strikes and drawn the support of President Biden.

“We're at $7.25 an hour. No one should work 40 hours a week and live in poverty,” Biden said during a CNN town hall event in February.

In January, Sen. Bernie Sanders, D-Vt., introduced legislation called the Raise the Wage Act, which would increase the minimum wage to $15 per hour.

Backers say about a fifth of the workforce would get a raise, with greater effect for women and Black and Latino workers. An official report says it would lift 900,000 people out of poverty.

But that report also finds it would cut jobs for 1.4 million workers, especially harming small business.

“The real minimum wage is zero, which is that people can lose their jobs,” said Jarrett Skorup, marketing director at the Mackinac Center for Public Policy. “And unfortunately, when you hike the minimum wage, everyone acknowledges you do get job losses.”

Even among Democrats, there is concern that even if it’s phased in, $15/hour across the nation is too much.

Sensing a potential compromise, Republicans are proposing a gradual rise to $10 an hour, along with measures to crack down on undocumented immigrants in the workforce. Republican U.S. Sens., Mitt Romney, R-Utah, and Tom Cotton, R-Ark., are pushing a rival bill.

“Hopefully we’ll get some traction with that and keep the Democrats from doing something really nutty with their $15 plan,” Romney said in a video distributed online.

Democrats are unlikely to go along with the Republican-led plan.

With the last minimum wage hike in 2009, the nation is now at its longest stretch without a raise in the wage. For now, the federal minimum wage is still $7.75 away from $15 an hour.