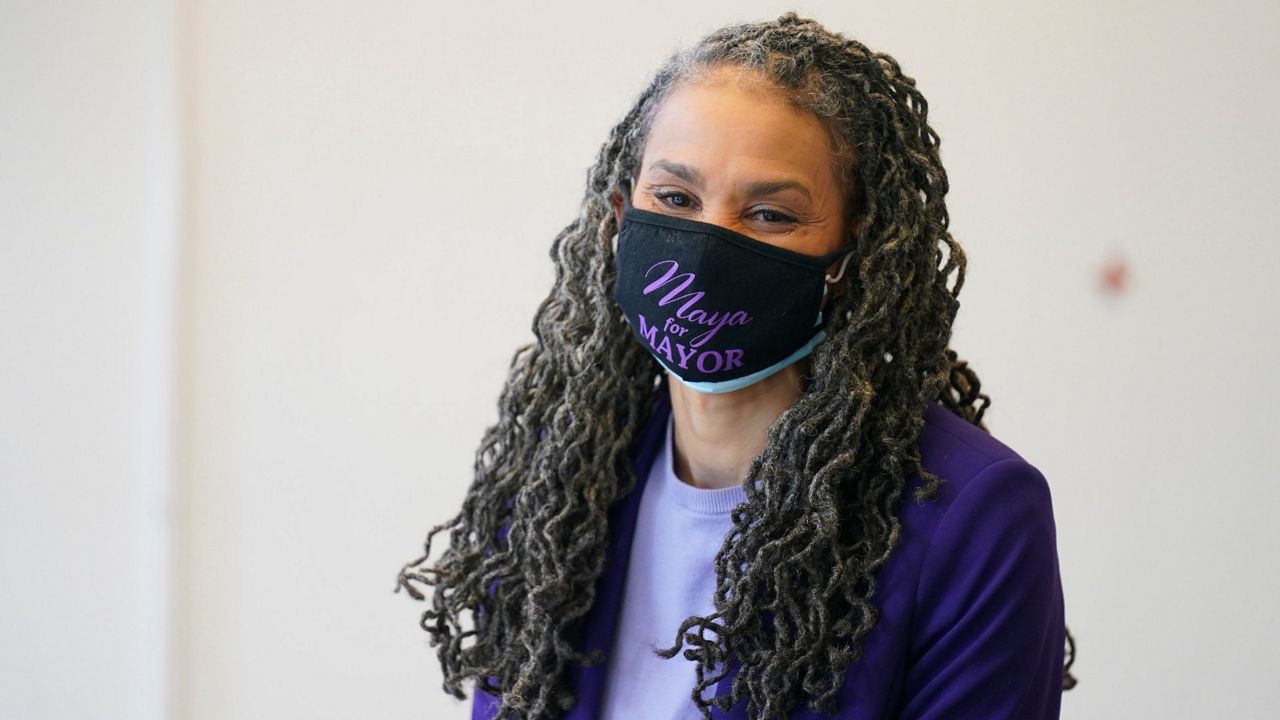 Maya Wiley told NY1 Tuesday that the key to a New York City comeback is to spend money on getting people back to work while solving issues that ailed the city prior to the pandemic.

As part of her “New Deal New York” plan, the Democratic candidate wants to spend $10 billion to help create 100,000 new jobs, invest in child care and affordable housing, among other things.

“I’m a changemaker and that’s the change I’ll bring,” Wiley said in an interview on “Mornings On 1.”

She said the city is facing both an affordability crisis and a crisis of structural racism. But Wiley said the pandemic presents the city with an unprecedented opportunity to make long overdue changes.

“We now have an historic opportunity at the same time, which is not just to recover from COVID, which we will, but actually reimagine the city so that we can all afford to live here with dignity," she said. "We all can know we will live here with dignity, because what makes New York great is that we have everyone in it.”

Wiley said the city's economic picture is better than predicted due to the stimulus package from the federal government.

“We’re going to cut fat and not bones,” said Wiley, explaining how she will navigate cuts and spending.

Wiley, who previously served as counsel to Mayor de Blasio, said the job of the mayor is to both think big picture as well as focus on making sure the city runs smoothly and that basic services are taken care of.

“The job of the mayor, and the job of city government, has always been to walk and chew gum,” said the candidate.

In addition to serving in the de Blasio administration, Wiley worked at the New School and also served as the chair of the city’s Civilian Complaint Review Board, which deals with complaints against members of the NYPD.