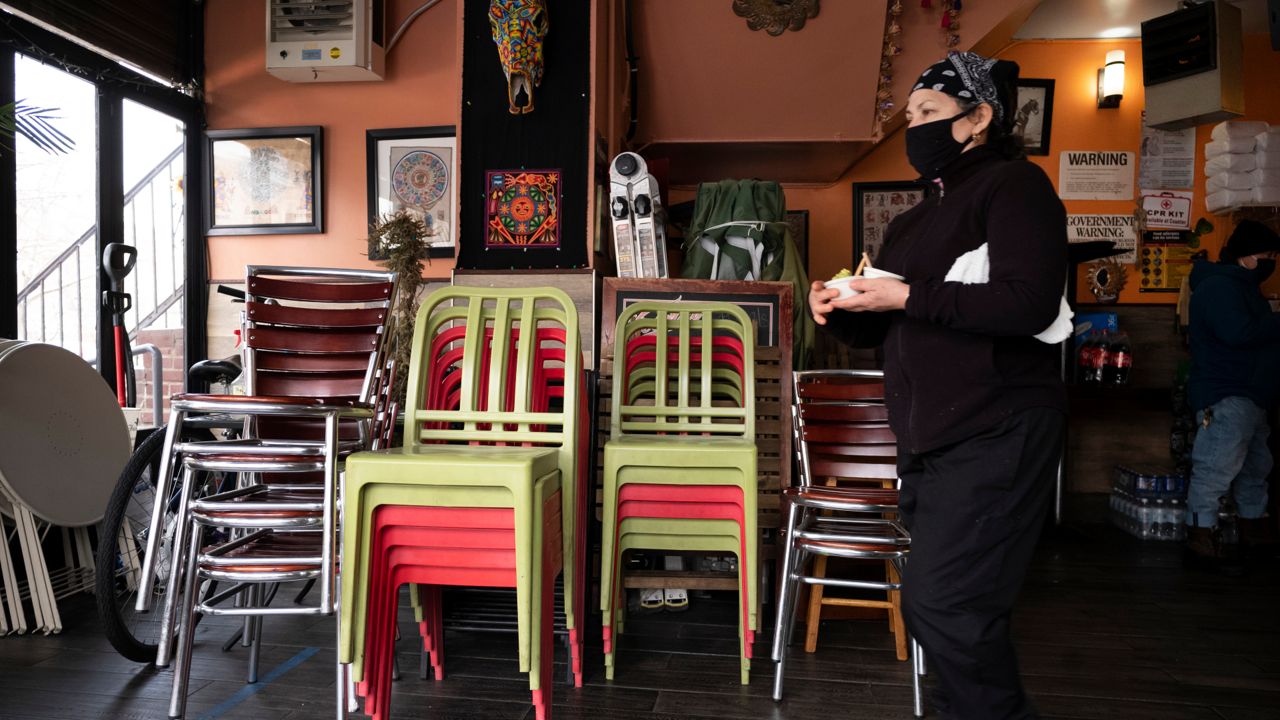 Since the pandemic began, urban cities like New York have seen hundreds and thousands of its residents flee to other states.

The lack of space and high-cost of living have driven people to relocate to states like Texas and Florida, which have seen a swell of new residents moving in.

Employers have also seen this as an opportunity to relocate to states with lower costs of living and lower taxes, especially as employees continue to work from home.

Kathryn Wylde, President and CEO of the Partnership for New York City, a group that advocates for the business community, joined Mornings On 1 to discuss how the city can reverse its slump.

Instead of raising taxes, canceling rent and calling for complicated programs that go through government agencies, Wylde said the city and state should concentrate on bringing jobs back.

“We’ve got solutions that are coming out of the small business community,” she said, giving an example about how small businesses are working with the city’s economic development corporation to market their business online through a platform hosted by Squarespace.

Wylde says the important thing is to make sure New York takes advantage of President Joe Biden’s American Rescue Package, starting with vaccinations. The federal funding could ensure state and city services are replenished and include funds to revitalize a struggling transit system.

“We should all be working together with states across the country to make sure funding comes,” Wylde said.

According to the Partnership for New York City, New York is the number one state in the nation for population loss.

Fewer than 15% of office workers are back in their pre-pandemic workplace.

More than 300,000 city residents of higher income neighborhoods have filed for a change of address with the U.S. postal service.

“We can’t get out of this mess without the federal support to make up for the $60 billion hole in our economy,” Wylde said.

The Partnership CEO said she’s working on other solutions to stimulate economy including working with a company that will design a health pass, providing public information on an individual’s vaccination status before entering a community function or a large entertainment venue.

“There is a map here, but we haven’t come together as a community with a plan that’s clear,” Wylde added.​