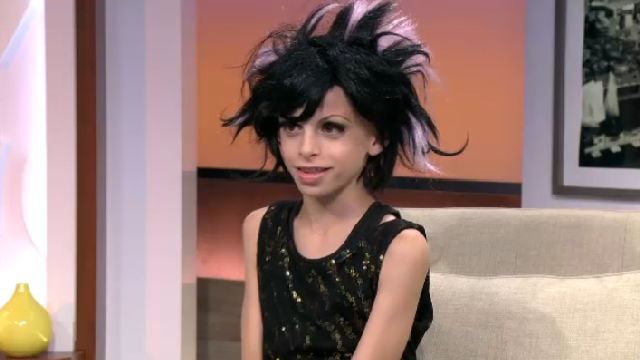 'Drag kid' Desmond Napoles on life: Be yourself

An 11-year-old boy from Brooklyn is making a fashion statement as a self-proclaimed "drag kid."

Desmond Napoles became a social media sensation after a video of him at the 2015 Pride Parade went viral.

He now has more than 85,000 Instagram followers, has walked during Fashion Week, and appeared in Vogue.

Desmond jokes that he "came out of the closet" when he was born.

He says he knew exactly how he wanted to dress, when he was two and saw an episode of RuPaul’s drag race.

His path, however, has not always been easy.

Strangers have even reported her to the city's Administration for Children’s Services claiming Desmond is a victim of child abuse.

But Desmond says he won't let unkind words stop him from doing what he loves.

"My motto is be yourself always no matter what anyone said. Pay the haters no mind! Because they’ll never be as fierce as you and I" Napoles said.

Desmond hopes that through all of his accomplishments, he will be able to promote acceptance and tolerance for the LGBTQ community.