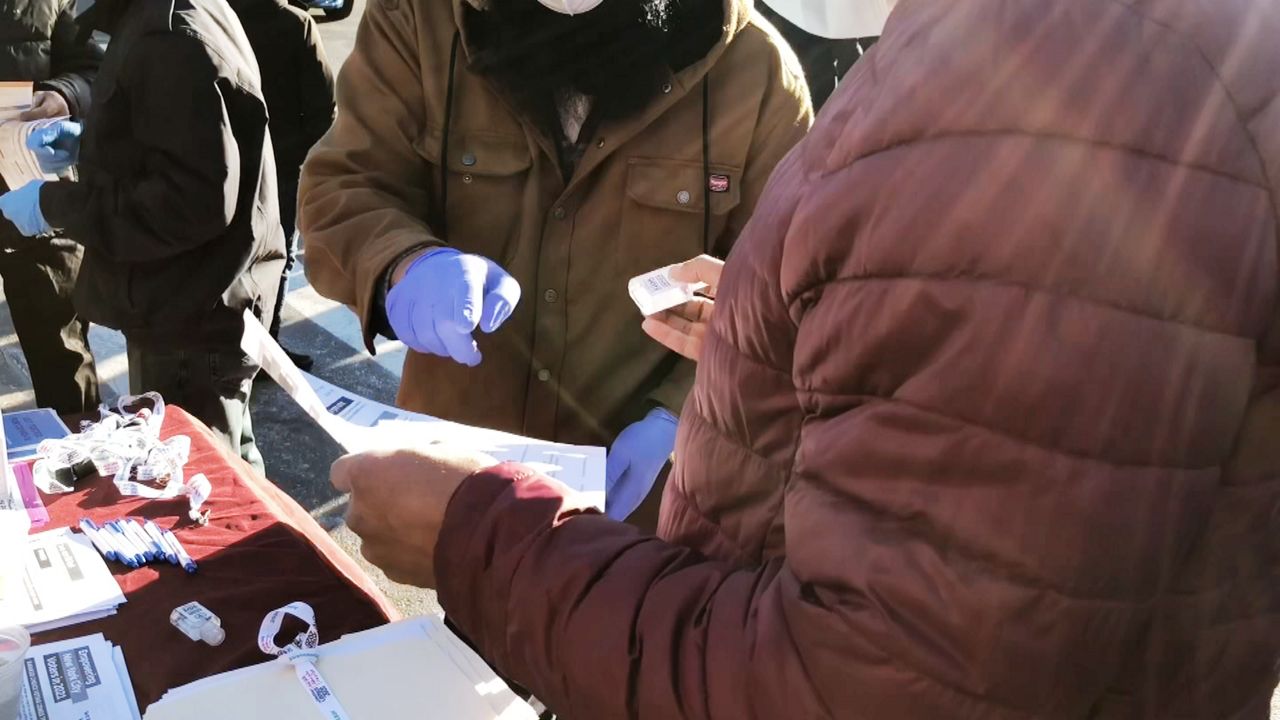 Community advocates like Jagpreet Singh have been out for weeks, educating New Yorkers about ranked-choice voting.

“You can choose up to five candidates — one, two, three, four, five — instead of just one candidate," Singh tells a man who stops by his table and picks up a flier.

“We’ve got the Bangla, English and the sample ballots," Singh says, pointing to informational materials.

The new method allows voters to rank candidates in order of preference. If no candidate gets a majority, the lowest performer is eliminated and their votes are redistributed. The process continues until someone surpasses 50%.

Singh is lead organizer at Chhaya Community Development Corporation, one of several nonprofits helping to get the word out.

He does so online.

“As there is with any new system, there’s going to be a learning curve,” he said at a recent Zoom forum.

He also does so on the streets. On Friday, he was in eastern Queens, where there will be eight candidates on the ballot to fill the 24th District seat that used to be held by Rory Lancman.

Election Day is coming up on February 2.

Ranked-choice voting will be use in all city primaries this year, including the highly anticipated race for mayor in June.

Singh and his colleagues will be out educating until then — ready for any questions.

“Another question is, 'Why? Like, why is this a system, here and now?'" he says. "And I try to explain to folks, this is something we fought for because it adds to more representation for our communities. It makes our vote actually count, instead of spoiling the vote, instead of splitting our vote.”