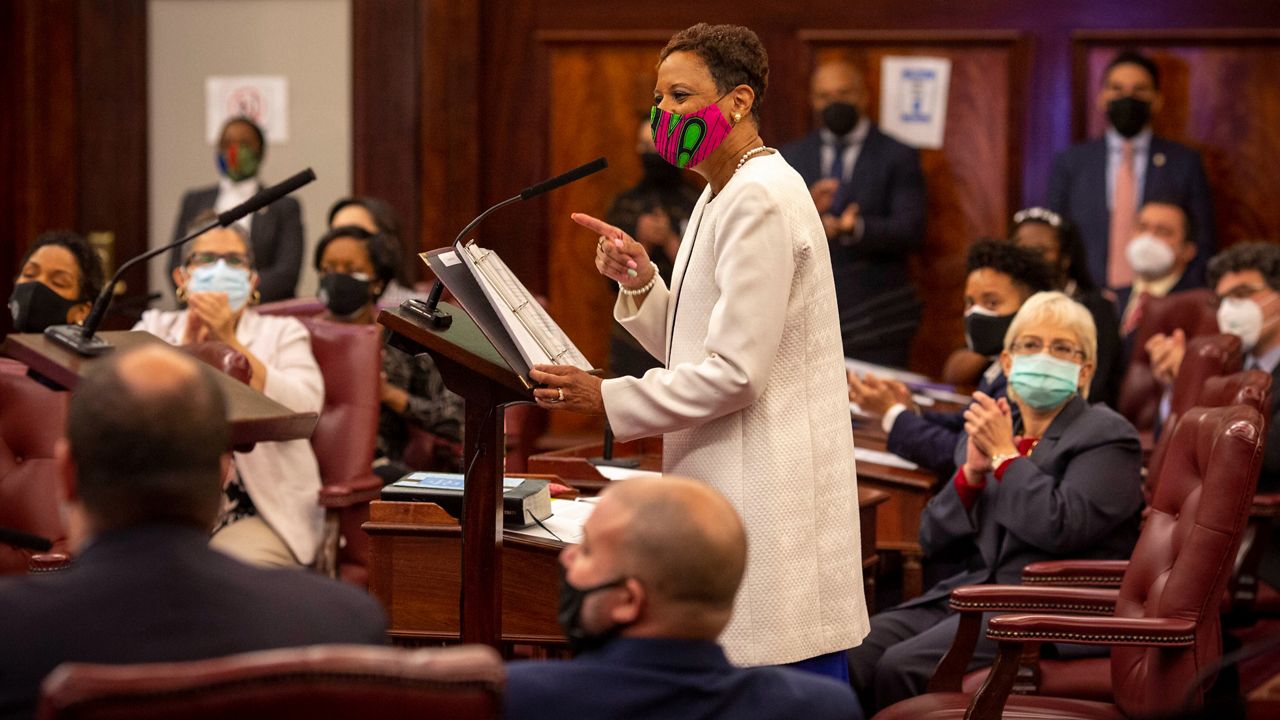 Adrienne Adams speaks after being elected the new speaker of the City Council on Wednesday, Jan. 5, 2022 at City Hall in New York. (Dave Sanders/The New York Times via AP, Pool)

Speaker Adrienne Adams calls for migrants to be housed in hotels

Mayor Adams announced the switch Monday night, citing concerns that the original Orchard Beach parking lot site would be susceptible to flooding, but many, including Speaker Adams, think Randall's Island would be no better.

"The City Council is offering solutions to what we see as environmental risks," Speaker Adams told Cheryl Wills Wednesday on Live At Ten. "Both locations — Orchard Beach and Randall's Island — there is no perfect situation, but these are certainly not good spaces for anyone to come into due to flood risks."

City officials are calling on the mayor to focus on housing migrants indoors instead of outside in tents. Citing flood risks and the exposure to cold weather, Speaker Adams urged the mayor to consider using shuttered hotels to temporarily provide shelter to asylum seekers.

"We've got about 10 large hotels in the city that are closed right now. In addition, we have 70 additional hotels across the city," Speaker Adams said. "This is going to give us over 15,000 hotel spaces to use temporarily for those in need of shelter."

The councilwoman said that hotels are ready to house asylum seekers, eliminating the need for tents to even be built. Additionally, Speaker Adams noted that many hotel workers have been unemployed for years due to the COVID-19 pandemic, and placing migrants in hotels would help city residents get back to work.

Speaker Adams called on the federal government as well to denounce the governors sending migrants to the city, adding the city needs more money in order to adequately combat this crisis.

"The city is going to be looking at a very serious economical issue over the next few years," Speaker Adams said. "We are definitely in need of additional funding. We need federal funding."

Nonetheless, Speaker Adams stressed that the city will not change one of its core values.

"We are here as an unapologetic sanctuary city," she said.