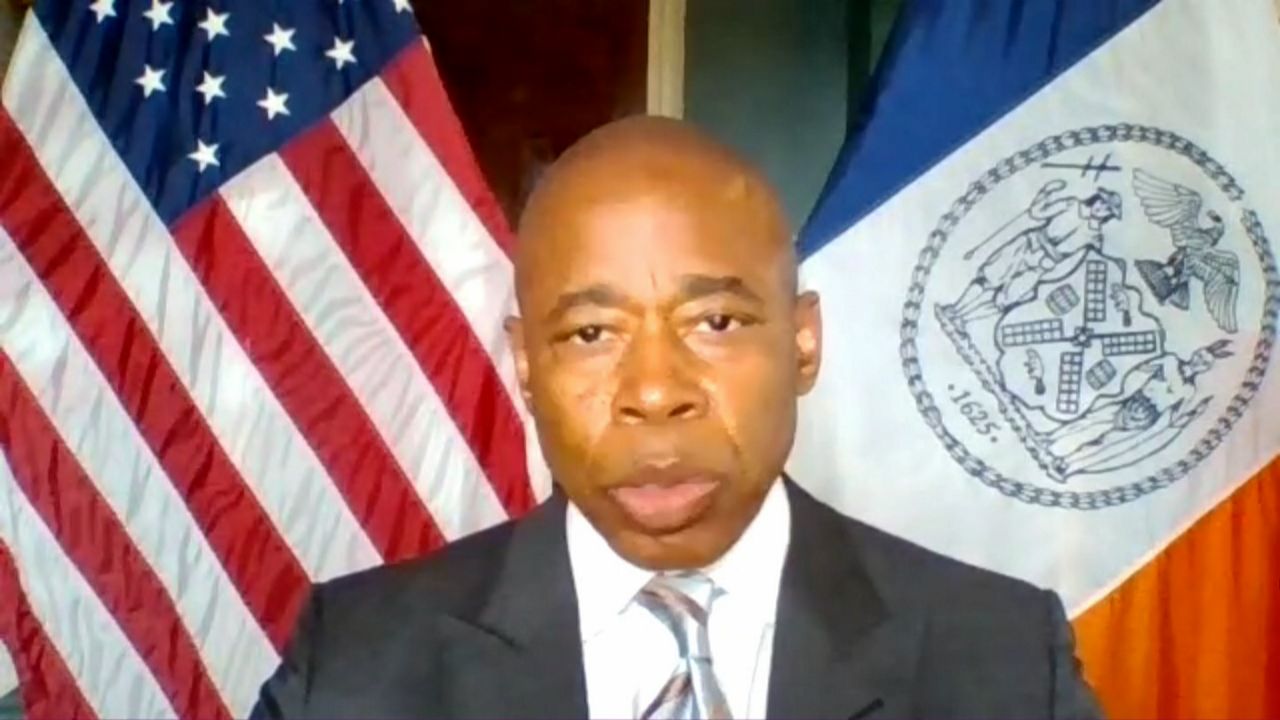 Mayor Eric Adams joined Ruschell Boone, Dean Meminger and Anthony Pascale on NY1 Wednesday to discuss the arrest of Frank James, the suspect in the mass shooting at the 36th Street subway station in Sunset Park. Adams talked about the city’s response to the attack, gun control policies he believes need to be adopted and his proposal to add new gun detection measures to subway stations.

“We got him and we’re going to make sure that he’s prosecuted and, if all goes well, he will never exit a prison cell again because of the actions he inflicted on innocent New Yorkers,” Adams added.

Adams also lashed out at critics of his policing policies.

“I thought Black lives matter?” Adams said, in response to a question about a spate of shootings overnight. “Go do an analysis of who was killed or shot last night.”

Critics on social media, Adams said, have misconstrued his blueprint to end gun violence as strictly about more policing and rollbacks of bail reform.

“It’s not just the police approach, but we’re not going to ignore the police approach,” Adams said, listing a series of his proposals including revamping the foster care system and boosting summer job programs. “Why are we living in this alternate reality that people don’t realize what’s playing out on our streets every day?"

Adams also responded to social media posts that investigators believe were made by James. In those posts, a man says Adams’ proposed social services programs do not work and the policies he’s pursuing were tried and failed under previous administrations.

“I am not going to succumb to any person who believes they can attempt to harm New Yorkers because they’re angry,” Adams said. “The failure of those with mental health, homelessness, the failure of our education system did not start January 2022. We have abandoned and betrayed New Yorkers for years. That betrayal is going to stop.”