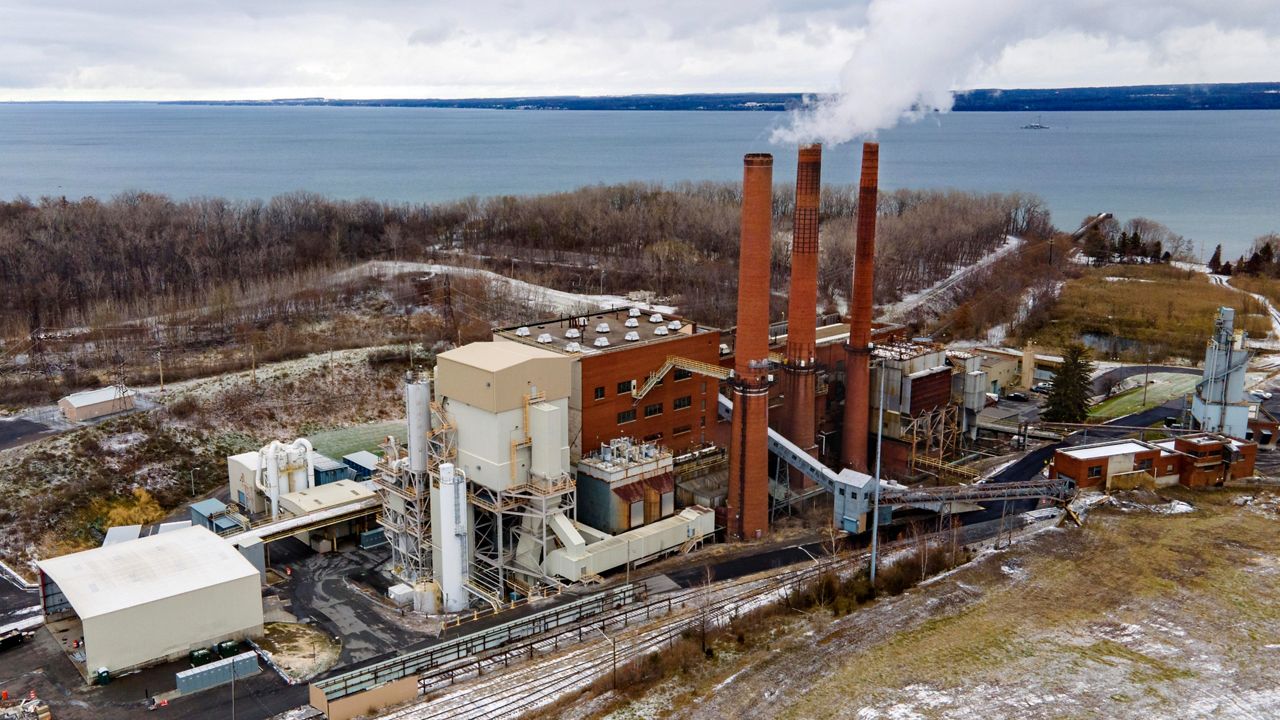 The Greenidge Generation bitcoin mining facility, in a former coal plant by Seneca Lake in Dresden, New York, is shown in this photo from Nov. 29, 2021. A milestone measure that would tap the brakes on the spread of cryptocurrency mining operations burning fossil fuels in New York has passed the state Legislature. The bill approved early Friday, June 3, 2022, by the state Senate would establish a two-year moratorium on new and renewed air permits for fossil fuel power plants used for energy-intensive “proof-of-work” cryptomining. The plant also produces power for the state's electricity grid. (AP Photo/Ted Shaffrey, File)

While the bill has not been signed into law by Gov. Kathy Hochul yet, the Natural Resources Defense Council's New York policy director, Rich Schrader, is calling a moratorium on certain types of cryptocurrency mining operations an "11th hour victory" for environmental activists.

"The bill wasn't really going anywhere the last few weeks of the session," Schrader told Bobby Cuza on "Inside City Hall" Monday, crediting a coalition of activists and labor groups for helping convince lawmakers of the merits of the bill. "Cryptocurrency mining is enormously, wastefully energy intensive."

"In terms of its worldwide use, it's seven times the use of Google, as far as electricity use," Schrader added.

Schrader talked through the bill, countering cryptocurrency advocates' concerns the bill bans most or all mining, as opposed to just certain, new mining operations that use fossil fuels. He also discussed environmental legislation that did not get sent to the governor's desk, including the Build Public Renewables Act.