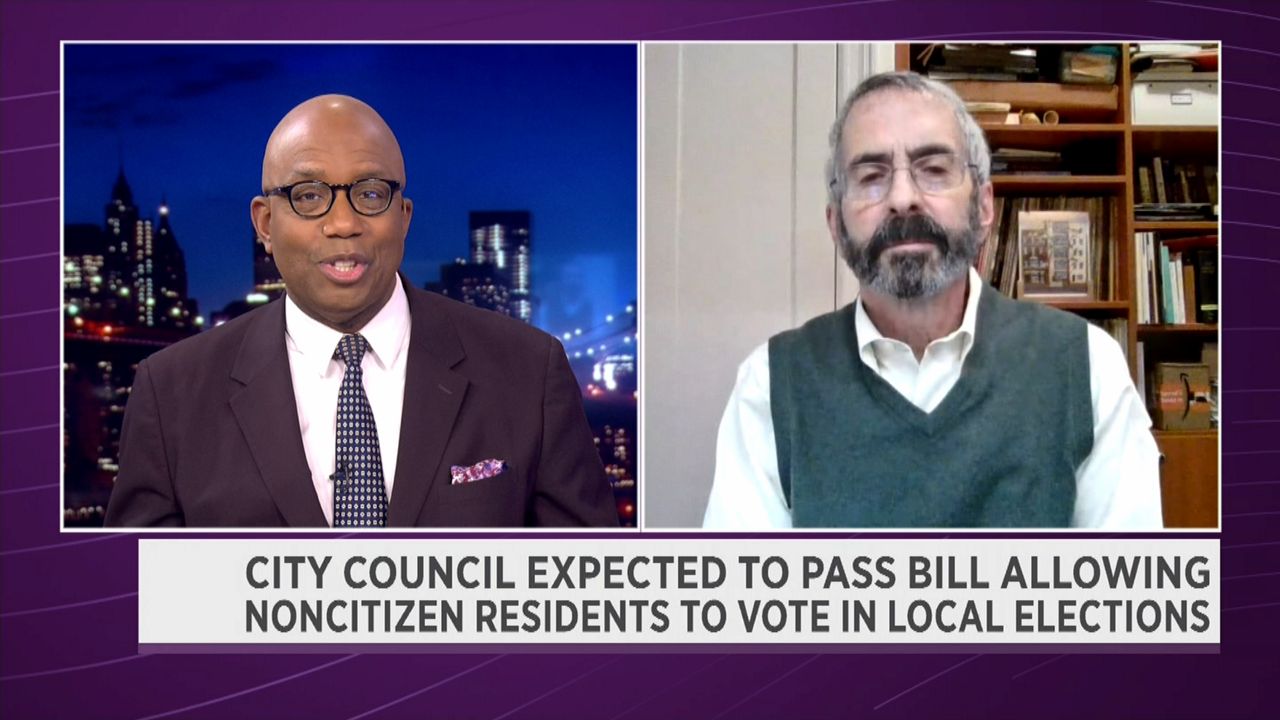 The City Council is moving towards allowing some noncitizens to vote in local elections.

The legislation, poised to be approved by a City Council supermajority on Dec. 9, would benefit about 800,000 legal permanent residents and immigrants with work authorization. The bill requires that immigrants be residents of New York City for 30 days and otherwise eligible to vote under state law.

While proponents argue that immigrants who pay taxes and contribute to the city’s economy should have a say in who represents them in City Hall, opponents say that this kind of measures discourage immigrants from trying to become citizens. They also raise concerns about the legality of the bill, saying that voting reforms should be implemented at the state level.

Those who are against the legislation also argue that it would be hard to implement, since the New York City Board of Elections would have to issue modified ballots and voter registration forms for noncitizen New Yorkers.

Richard Briffault, a Joseph P. Chamberlain Professor of Legislation at Columbia University Law School, joined anchor Errol Louis on “Inside City Hall” on Wednesday to talk about this.