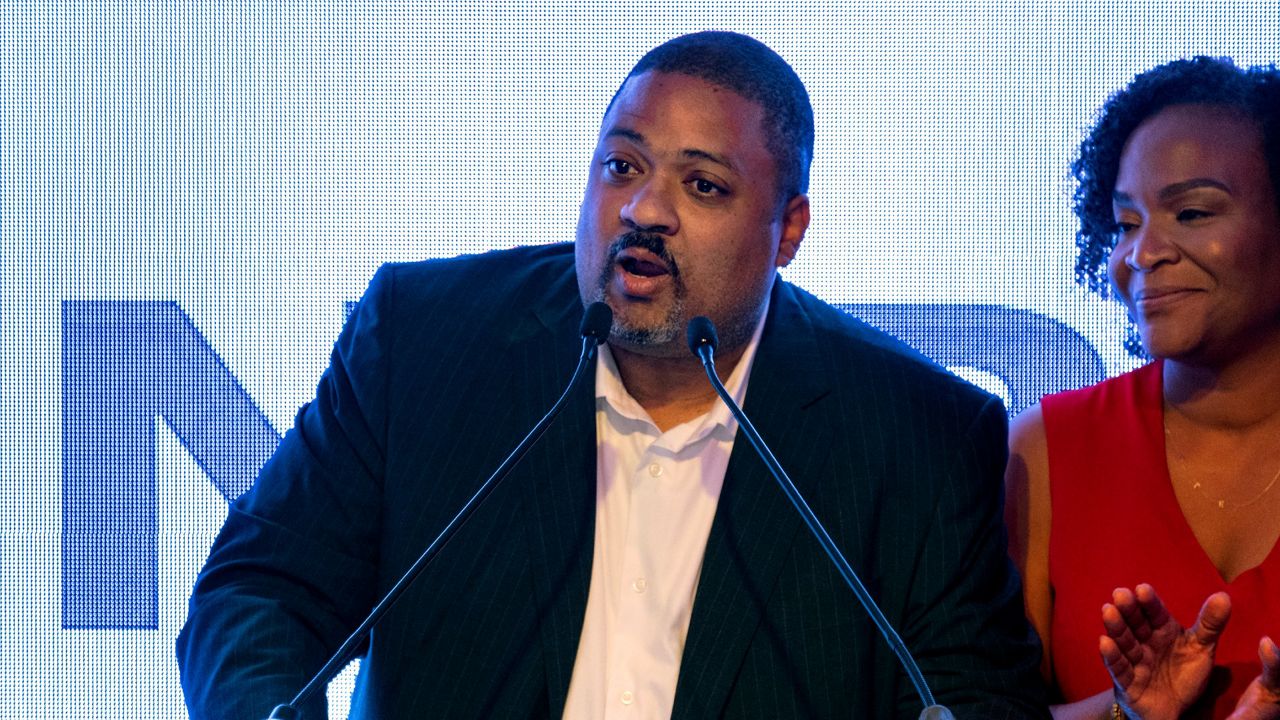 Manhattan DA front-runner Alvin Bragg: ‘The math is very much in our favor’

Manhattan district attorney candidate Alvin Bragg is confident the he will become the next person to lead perhaps the most high-profile district attorney’s office in the nation, telling NY1 political anchor Errol Louis Wednesday night “The math is very much in our favor.”

Bragg, the former chief deputy attorney general for New York, is currently leading with almost 34% of the votes. He is followed by Tali Farhadian Weinstein, who’s captured about 31% of the vote.

While Bragg made clear he wants he wants the Democratic process to play out in full, he struck the same assured tone as he did on primary night when speaking to supporters.

“Obviously we want every vote to be counted. This has been a great process. I believe in a robust democracy, but I also believe in math, and I think the math is very much in our favor,” Bragg said on “Inside City Hall.”

From the beginning of his campaign, Bragg has promised a shift in focus at the Manhattan DA’s office, should he become the leader of it, promising not to prosecute trespassing and resisting arrest cases and to focus more intently on gun trafficking and sexual assault.

“I’ve based these policies on my life experiences and my work experiences. I have never once seen a good, standalone resisting arrest charge,” Bragg said. “A standalone arrest, in my experience, is usually retaliatory for someone who has quote unquote mouthed off.”