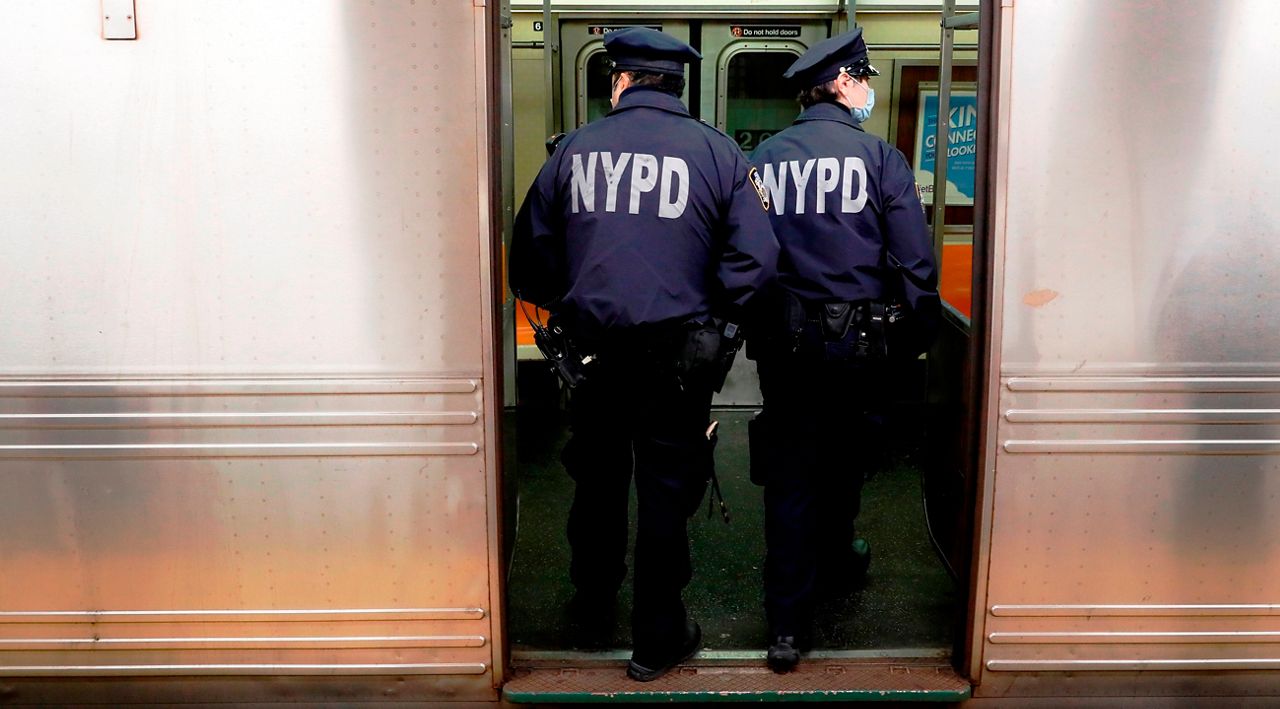 The original sponsor of New York City’s police chokehold bill said the City Council’s potential move to amend the law would give the NYPD a legal loophole, and accused the department of stonewalling reform with a slowdown in arrests.

In an interview with Inside City Hall Anchor Errol Louis on Thursday evening, Queens Councilman Rory Lancman ripped into the NYPD.

The bill, which Mayor Bill de Blasio signed into law last month, officially bans the use of chokeholds by police officers and makes it a misdemeanor. But police officials raised concerns about one aspect of the law: the prohibition of sitting, kneeling, or standing on someone’s chest or back that compresses the diaphragm.

The NYPD’s chief of department had called that part of the bill “dangerous,” because an officer could unintentionally compress someone’s diaphragm in the process of making an arrest.

The Council’s amendments are meant to address that concern. The new language, given exclusively to NY1, would add the word “recklessly” to that provision of the law. It would also only make the move illegal if it "causes injury due to asphyxiation.”

Lancman said the “recklessly” language is the “enormous loophole” that allowed the Department of Justice to not file federal civil rights charges against former NYPD Officer Daniel Pantaleo after he put Eric Garner in a fatal chokehold in 2014.

“So why would we import the same legal standard from the federal civil rights law, that’s already impaled us, into this new law?” the councilman said.

The chokehold bill wasn’t exactly new. NYPD officers were already prohibited under department policy from putting people in chokeholds, but the bill put that into law. And Lancman pointed out that the law didn’t pull its language out of “left field” — barring the prohibition of sitting, kneeling, or standing on someone’s chest or back that compresses the diaphragm is already police procedure.

When Louis asked if police or their unions had alleged the chokehold bill bill would impair public safety, Lancman said the deputy commissioner testified officers couldn’t perform CPR if lawmakers passed the bill.

“It’s absurd,” Lancman said. “The NYPD has never taken police reform or criminal justice reform seriously. So what has always happened is, there would be complete obstruction, complete refusal to sit down and negotiate in good faith, and then finally something would happen to break the political lockdown, and then we would pass legislation they would be up in arms about.”

Some, including the head of the Council’s public safety committee, have accused the NYPD of engaging in a slowdown, something de Blasio and Police Commissioner Dermot Shea deny.

For weeks, crime data from the NYPD have shown the same thing: arrests are down.

This year to date, they have decreased about 39 percent.

This is happening as shooting incidents were up more than 153 percent over the last 28 days.

For his part, Lancman claims there is evidence of a slowdown, saying people have seen a slowdown in communities and in response times.

“I think that the mayor and others pushing this amendment have been quite clear: there’s a slowdown being conducted by the NYPD, and this is what they’re offering cops to get them back to work,” the lawmaker said. “I think that it is a sad day for the city when a bill that passed the City Council 47-3 just 70 days ago is now being potentially gutted because the police officers refuse to do job.”

Lancman also attacked Shea, pointing to his and the NYPD’s “open rebellion” against the Council and the mayor, arguing the NYPD is operating outside the law and oversight with impunity.

“The idea, expressed very clearly by the people pushing this amendment, that we need to change the law because the NYPD is essentially holding us hostage and not doing their job that they’re paid to do, is offensive to any notion of the rule of law and democratic government,” Lancman said.