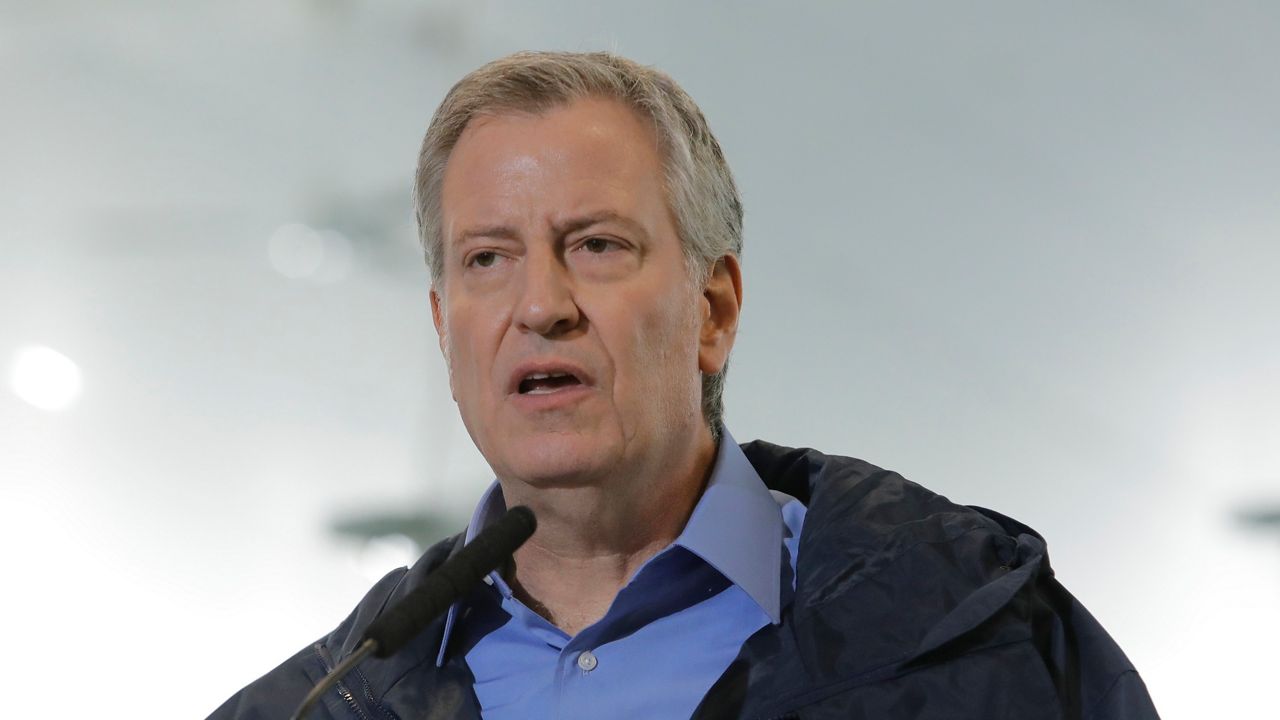 “I’m not gonna listen to some Wall Street titan who clearly is more interested about the finance industry than the people of New York City, and a guy who works for Donald Trump,” the mayor said about Mnuchin on his weekly “Mondays with the Mayor” interview on Inside City Hall. “He should do his job, get us a stimulus so we can move forward, restart our economy.”

Talk of a Financial Control Board amid the financial crisis brought on by the coronavirus pandemic isn’t anything new — in fact, Gov. Andrew Cuomo recently said there would be greater scrutiny of New York City’s finances.

The state-dominated Financial Control Board has the legal power to control the finances of New York City. It was created during the city’s fiscal crisis in the 1970s, and closely monitored the city’s finances for close to ten years. The board can be empowered to greatly limit the city’s ability to make its own fiscal decisions.

A huge economic impact from the COVID-19 crisis, including a loss of revenue to the city, has likely blown a huge hole in the city’s budget.

Two weeks ago, NY1 asked Cuomo if he thought the board would be empowered to take a more active role in governing the city’s financial outlook going forward. His answer was quite candid:

“Is there more scrutiny? Yes. The financial situation for New York City and these other governments is more precarious than it has been. And that’s going to require more scrutiny, more analysis, than it has in years. And putting the right people on the Financial Control Board is now vitally important,” Cuomo said on a conference call with reporters.

For his part, de Blasio has asked the state legislature to authorize billions of dollars in borrowing to meet basic operating expenses — something the state Senate and governor have rebuffed. De Blasio, as was the case in his interview Monday, repeatedly warns that without borrowing power the city will be forced to layoff 22,000 municipal workers in October.

Meanwhile, de Blasio in his interview on NY1 argued New York City’s health situation has stabilized better than other cities, allowing for the reopening of schools.

De Blasio — who has insisted the city’s coronavirus infection rate and safety protocols will allow for the partial reopening of schools in September — rejected comparisons to cities like Los Angeles, Chicago, Atlanta, Houston, and Miami, all of which are at least starting the school year with remote learning instead of having students in classrooms.

“We have a very different health situation, that’s where it all comes from,” the mayor told NY1 Political Anchor Errol Louis. “For two months we’ve had pretty much the exact same reality: well under 3 percent infection rate, and the ability to go through Phases 1 through 4 and keep going, in terms of restart.”

“We’re unlike any other city in the country. And that’s what is allowing us to keep going forward,” he added.

In his interview, the mayor also cited a survey that the city claims finds 75 percent of parents say they want their kids to go back to school. Earlier Monday, de Blasio also struck a triumphant tone when he declared almost 75 percent of the city’s 981,000 public, non-charter, schools students had decided to enroll in blended learning, which will see kids return to classrooms between two and three days a week.

But about 586,000 students (or about 80 percent of the 736,000 kids signed up for blended learning) were enrolled automatically because their parents did not submit a survey, and retain the right to switch to remote, education department spokesperson Miranda Barbot confirmed.

As many as 264,000 of New York City public school students opted not to return to classrooms this fall, and only 131,000 parents have openly declared their intention to send kids back to school, officials said.

Several parents, among them a PTA leader and Department of Education (DOE) teacher, told NY1 they did not fill out the survey because they were seriously concerned about their children’s health and safety and wanted to keep their options open.

The DOE teacher and mom of three, who asked not to be named, said she, her husband and handful of fellow teachers did not fill out the survey, even though they intend to choose remote learning, because they need to see their schools' schedules first.

De Blasio: Don’t be Afraid to Tax the Rich

Meanwhile, de Blasio doubled down on his calls for New York to increase taxes on the wealthy to fill the deep budget gaps, despite fears rich New Yorkers could leave the state due to them already being taxed at high rates.

“We hear from too many Democrats: be nice to them, don’t alienate them, they might go away and take their money with them,” the mayor said. “That is a really dangerous path because, in fact, the wealthy are not paying their fair share of taxes, they have not for decades … They should be taxed at a much higher level. They do very well being here in New York City. They get a lot of benefit from being here in New York City.”

Watch the full “Mondays with the Mayor” interview above.

This story includes reporting by Kathleen Culliton and Zack Fink.