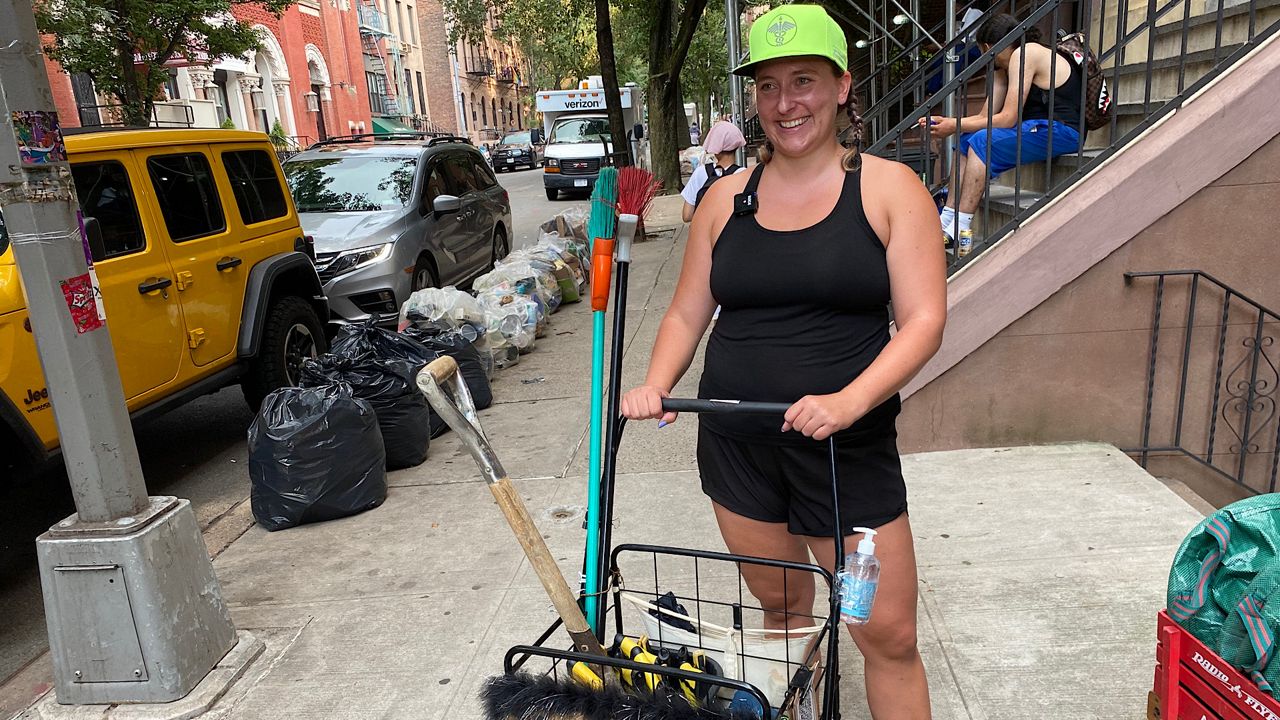 Trash Queen of Hell’s Kitchen cleans up her neighborhood

Catie Savage calls herself the Trash Queen of Hell’s Kitchen.

“I would wake up in the morning and there was just trash, beer bottles, plastic cups from drinks all over the streets,” said Savage.

At the height of the pandemic last year, Catie noticed an increase of litter in her neighborhood and decided it was time to act.

“You can’t wait for somebody else to do it, you have to be the change,” said Savage. “If more people take it upon themselves to be like 'this is messy, what can I do to clean it up?' Instead of being like 'this is a mess and keep walking.'"

The cleanups started as a solo project but after posting on social media, interests grew with donations for supplies and volunteers that meet regularly.

“It started out small with like three or four people per clean up and now we get like ten plus which is great,” said Savage.

Savage and volunteers hit the streets picking up litter, collecting recyclables, emptying overflowing trash receptacles and even pulling trash out of some unconventional areas

“This is the third time we’ve cleaned this out in a couple of month and its just the neighborhood garbage pit,” said Savage removing trash from a broken light post.

She used to work in fashion and says this new passion for all things trash has even made her a bit fearless.

“I love the Trash Queen, I love what she is doing, she’s so knowledgeable, we’re always learning from each other,” said Jennifer Seda, volunteer from the Bronx.

On this cleanup the group picked up 45lbs of loose litter and three bags of recyclables. Savage says the amount collected is down from where they were a year ago but still considers this a success worth the effort.

“It’s like a little bit of giving back and you can see how much we’ve picked in a lil over an hour and you know its a small difference but it’s a difference,” said Savage.