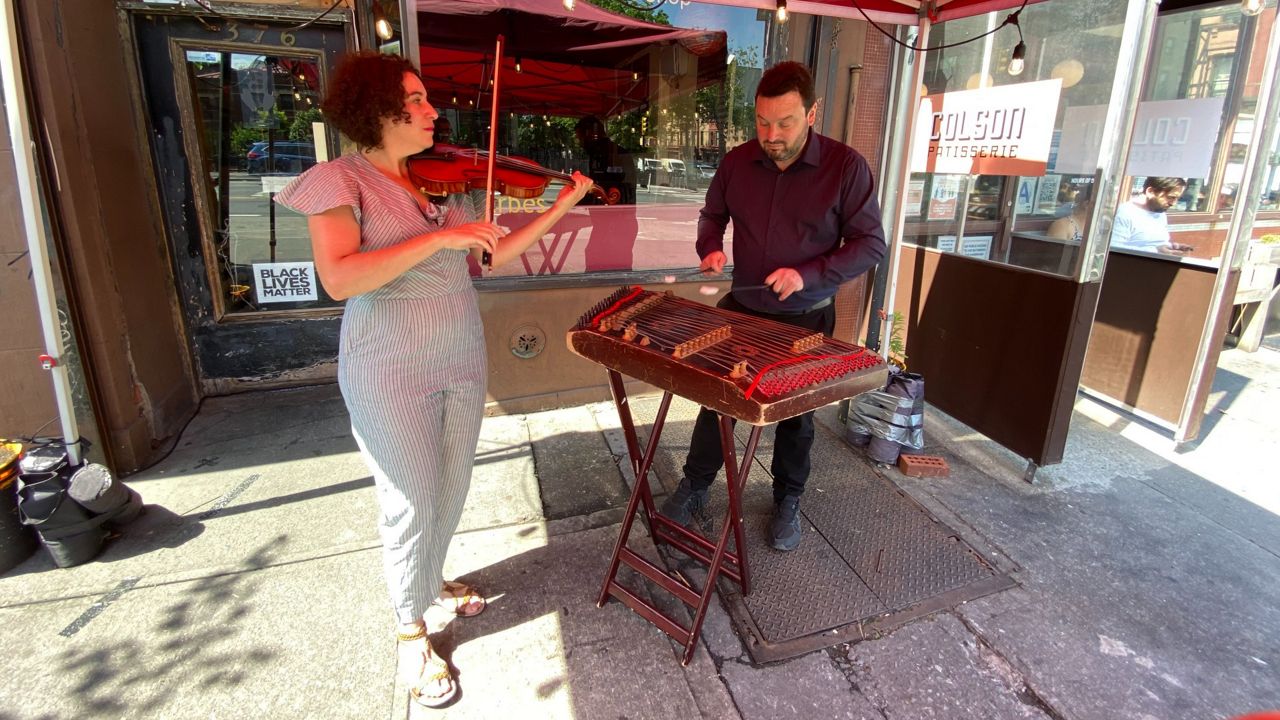 Making music across the five boroughs

The Klezmographers are a group that plays Klezmer, traditional music of the jews of Central and Eastern Europe. Eleanor Biezunski plays a violin while Pete Rushefsky plays a string and percussion instrument called a tsimbl, an instrument in the dulcimer family that is part string/part percussion.

The duo will perform at Battery Park City for Make Music New York on Tuesday — day one of the 500 free concerts, performances, music lessons and jam sessions across all five boroughs. The day-long festival is back in full force for its 16 year, part of the worldwide Make Music Day which was launched in France 40 years ago.


“If you like music and even if you don’t, you will find something to enjoy for Make Music New York,” event founder Aaron Friedman said.

Friedman founded Make Music New York after a trip to France in 2006 when he witnessed folks allover Paris playing instruments in the streets. He says a more organized festival can be challenging, but never an issue getting folks to participate.

“Everyone loves the experience of just coming out in the streets and getting together with their neighbors and playing,” Friedman said.

That includes Biezunski, who grew up in Paris and is familiar with the tradition, an opportunity to learn about music you might not be so familiar with, like Klezmer.

“We’re happy when people get to discover it, they come for whatever they are coming for and they get this, which is a good thing,” Biezunski said.

She said she looks forward to discovering other acts during the festival.