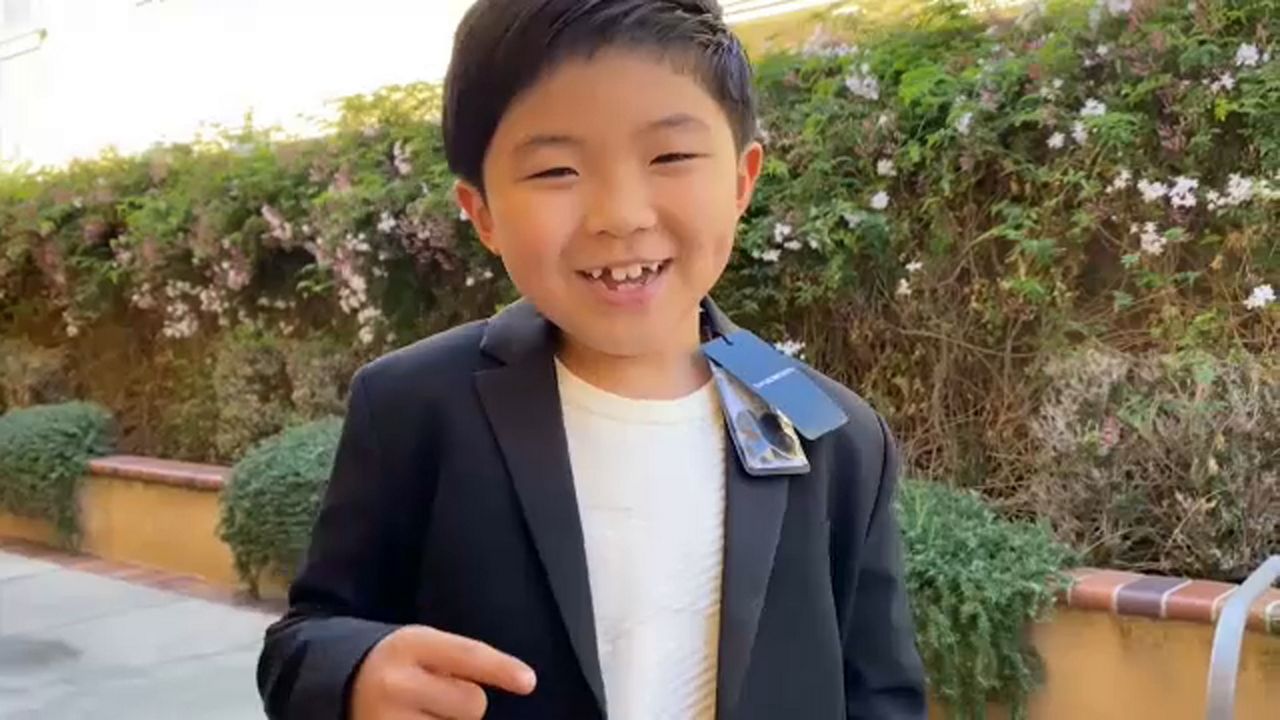 IRVINE, Calif. — Watching Alan Kim's reaction as he unboxes his tuxedo for the Screen Actors Guild Awards may be as exciting for all of us as it is for him to open it.


These days, since Minari's critical acclaim and award season attention, the "flow" looks like Giorgio Armani box after Giorgio Armani box, as Kim gets ready for the next awards show. Before Minari, however, even though he did the occasional Pottery Barn magazine modeling, life was all in all pretty normal.

"Wake up, eat two Chewys for breakfast, do school, take a break, go to sleep again, do work, taekwondo, facetime my friend, play video games and go to sleep, and the cycle starts all over again," he said.

Kim stole our hearts not just in his breakout role as the son in Minari — a film about a Korean family who moves to Arkansas chasing the American dream — but also in his pure, genuine reaction and excitement to just how much he is loved. From watching Minari win Best Foreign Language Film at the Golden Globes to the now-viral video of his reaction when he won Best Young Actor at the Critics Choice Awards, it's hard not to love him.

With so much fascination circling him, Spectrum News spent some time at home with him to find out what he loves. For one thing, he loves Zoom.

"You don't have to change your pants because it only shows up to your stomach or waist," he said.

Speaking of pants, it isn't his Giorgio Armani clothes or accessories that excite him the most, but rather a different kind of belt. That's right — he does Taekwondo.

As he and his mom look through magazines and articles about him, it's all a bit surreal for the sweet Irvine-based family. Almost with the blink of an eye, everyone is talking about Kim. Now, with a nomination for Best Ensemble at the SAG Awards, awards show day will be pretty simple.

"I'm just gonna be with my family," Kim said.

And how does he feel thinking about ever getting to do an in-person red carpet for one of the shows?

"It would be nice, and COVID would be gone," he said.

Kim's fans are excited to see what happens Sunday at the SAG Awards, or more specifically, his reaction to it.