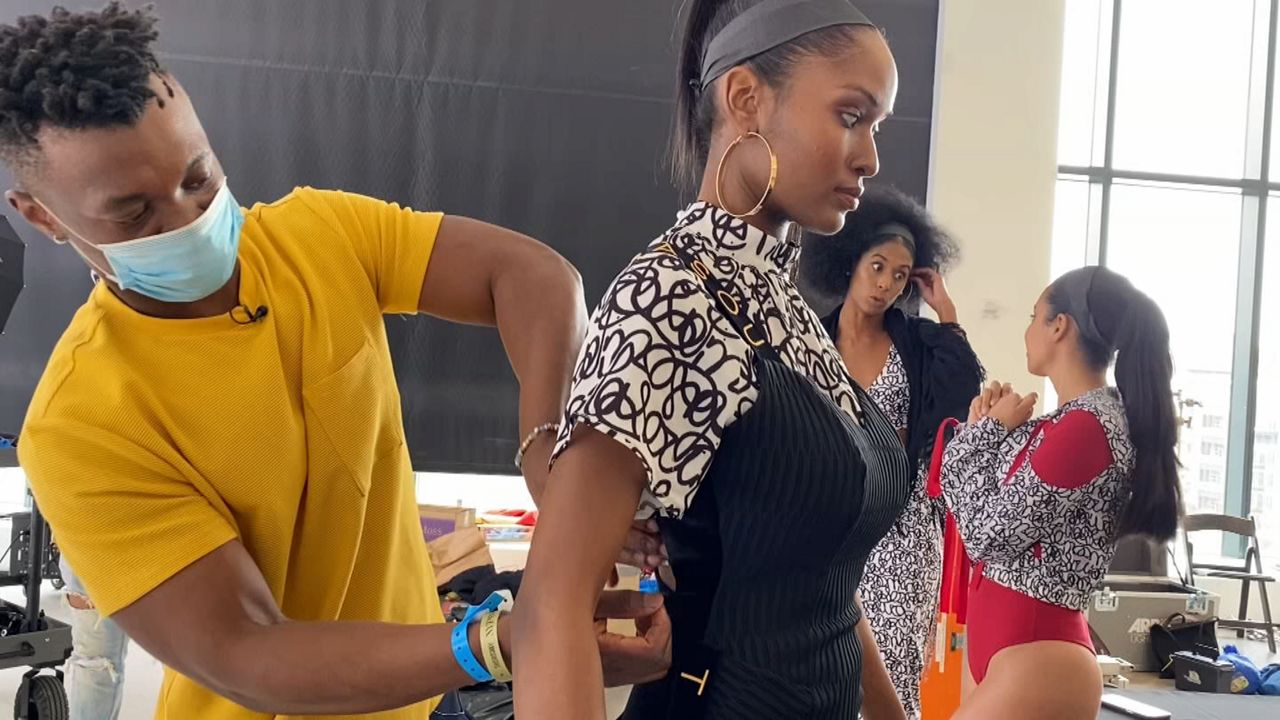 It’s been a difficult year for fashion. As the pandemic slowed the frenetic pace of the New York fashion scene to a crawl, the Black Lives Matter movement renewed calls for inclusion and diversity. Through it all, an emerging Bronx designer has been bullish about the future. We caught up with Chuks Collins as he got ready to create a virtual fashion show for Fashion Week.

And while we were there we noticed something different about this fashion shoot, and it’s not the masks or COVID-19 tests or even the bold graphics— it's Collins and the deep sense of gratitude he brings.

"I’m just, I'm very, very grateful to to God, grateful to live and breathe there was a time where I was kind of clinging to life and all I thought about was survival," he said, while holding back tears.

Nine years ago, Collins was in a horrific car crash in Nigeria, where he was living. Needing a kidney transplant brought him to New York.

"And I didn't know anybody here, I was trying to figure out my life, even am I going to be alive in the the next three months. But I kept on working. I kept on believing," said Collins.

As he recovered, the aspiring fashion designer continued to hone his craft, studying and working for top New York City designers, while launching his own line.

To show his gratitude, he raises funds for good causes with every new collection he creates.

And this Fashion Week is particularly meaningful. Collins was selected for the "IMG and Black in Fashion Council Designer Showcase," which means the virtual presentation he's filming will be shown across all the New York Fashion Week platforms. He says it's a huge opportunity.

"I'm very grateful, I feel like you know there's a lot of talented Black creatives, but we don't have enough room. We don't have enough opportunity to show our lines. And I just feel like the whole awareness of humanity has gone up so much," said Collins about the renewed calls for diversity in the industry.

This season he's added an athleisure wear collection made with all recycled materials. The prints are inspired by the Bronx.

"Moving to the United States and living in The Bronx, I found a sense of community and a sense of belonging," he said fondly.

"I'm just so blessed to have so many creatives and people me around me supporting me and my journey so far," he said while looking around at his team.

Collins tells the story of his journey through his designs. His virtual show will stream at nyfw.com.