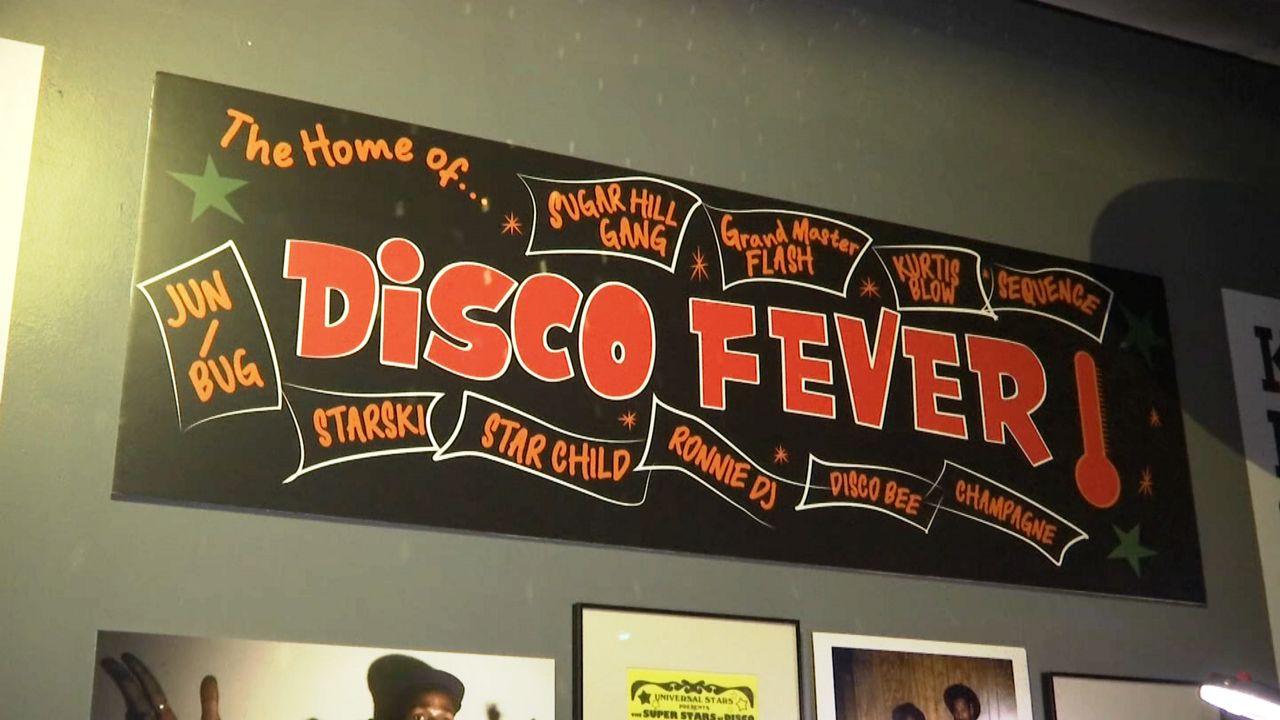 BRONX, N.Y. - An exhibit celebrating classic hip-hop and where it all started, the boogie down Bronx, is now open at the Bronx Terminal Market.

“We are starting in the 70s and it’s a rotating exhibit because we are going to be here for three years. So this will be up for about six months and then we introduce the 80s and then the 90s and then today’s music," said Rocky Bucano, Executive Director of the Universal Hip-Hop Museum.

This exhibit, called The Revolution of Hip Hop, is a preview of the Universal Hip-Hop Museum planned for the Bronx.

Ground breaking is set for next summer at 149th and Exterior Streets.

Several hip-hop artists are involved like prime minister Pete Nice of 3rd Base.

The Bronx will eventually be home to a museum dedicated to hip-hop, but until it’s built, a new popup exhibit is giving us a preview of what’s to come. Revolution of Hip-Hop Breakbeat Narratives opens Friday at The Bronx Terminal Market. The interactive exhibit takes museum goers on a journey through hip-hop's history, from the 1970's through today. . "So many people that know about the future museum come to the Bronx thinking that the museum is already open,” said Rocky Bucano, the executive director of the Universal Hip-Hop Museum. “So, we wanted to give them a physical space where they can actually come to so they can get a little sneak preview." . Admission to the exhibit is free, but you have to RSVP at uhhm.org. Construction on the actual Universal Hip-Hop Museum is set to begin next year and wrap up in 2023. . Photos | @chelsea_j_katz

The exhibit teaches fans young and old about a music and cultural phenomenon that began as a way to escape poverty and violence, and is now a billion dollar industry.

Visitors from all around the world are making their way to the exhibit.

"I was the first female break dancer in Scotland. I’ve embraced the hip-hop culture all these years," said Nancy McAndrew, who was visiting from Scotland.

The exhibit explores all the elements of hip-hop, not just the rapping.

"With the dance element, with the DJ, the MC, the aerosol art, even the fashion was part of it. In fact we had double dutch girls, is with us back in the days on the early tours," said Jorge "Pop Master Fabel" Pabon of the Rocky Steady Crew.

And as kids today enjoy their favorite rap artists, this exhibit enables them to learn about where it all got started. Students from P.S. 274 were taking in the old school experience during a recent visit.

"As I was talking to them they were already up all up on certain things because they’re from The Bronx. But like you feel old because these kids don’t even know what a vinyl record is. They don’t know what a record player is," Nice said.

Admission to the exhibit is free, but you have to RSVP at uhhm.org.

Construction on the permanent Universal Hip-Hop Museum is set to begin next year and wrap up in 2023. Curators say that will be the 50th anniversary of hip-hop.