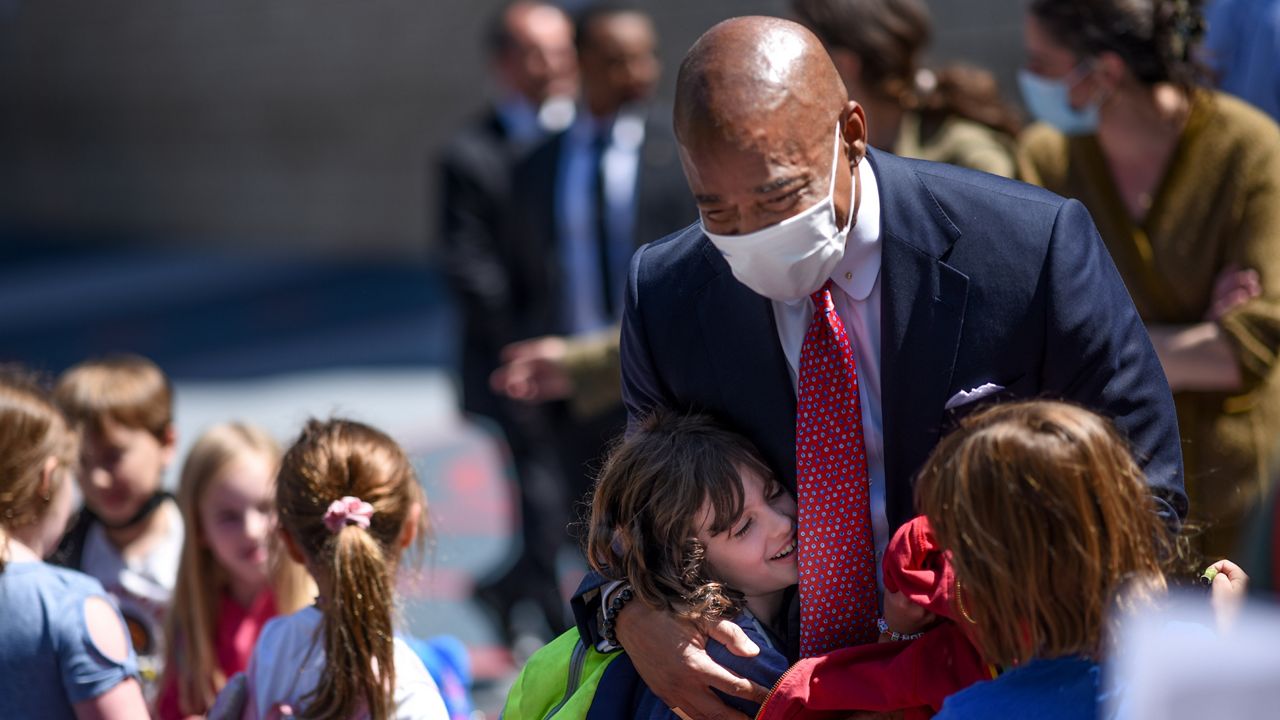 The state legislature is poised to pass legislation mandating smaller class sizes in New York City public schools, but city officials are calling it an unfunded mandate that will cost billions, leading to deep cuts in other areas of the school budgets.

However, for advocates who have long pushed for reductions in class sizes, the bill’s momentum represents the closest they have come to major progress in decades.

Haimson founded her organization over two decades ago, but notes the fight began long before that.

“It was mentioned in campaigns by Mayor LaGuardia in campaigns in the 1930s — he promised he was going to lower class size,” she said. ”Most every mayor that’s come along since has said something similar. Except it really hasn’t significantly happened.”

“Mayoral control, parental input, class sizes, they are all integral to making our schools better,” Liu said. “We have ongoing inequities in our public schools. Class sizes have been a major source of inequity. We need to fix it now. And we have a golden opportunity to do so.”

“The proposed multibillion dollar unfunded mandate in this bill forces school leaders to prioritize class size above critical school safety programs, dyslexia screenings, social workers, school nurses, summer programming, supports for special student populations, and even the expansion of community schools,” Banks said in a statement. “Make no mistake, it will lead to large cuts in these critical programs. This should not be a choice that school leaders have to make.”

The bill was introduced on May 30, the Memorial Day holiday, and just days before the end of the legislative session in Albany, a time when legislators often scramble to push through new policies or extend existing ones.

It phases in over five years and requires the city to work with school employee unions to lower maximum contractual class sizes. By 2027, the law would cap kindergarten through third grade classes at 20 students. Fourth grade through eighth grade would be capped at 23 students. And most high school classes at 25 students.

For decades, class sizes have been considerably higher. Liu, the bill’s sponsor, notes that falling enrollment during the pandemic has dropped average class sizes already.

“Let’s use this opportunity to maintain those class sizes so that going into the future, we will be able to conform with more of a national norm,” he said.

The city’s education department says complying with the legislation would cost about $500 million a year just in grades kindergarten through fifth. And the middle and high school caps, plus the costs of building more schools, could amount of billions of dollars in additional costs.

Banks called on Albany to fund the legislation.

“If this class size issue is so critical to the future of our young people, then we must ensure that the state put its financial resources behind this bill,” Banks said.

But Liu says the state has already done that. He pointed to a major increase in state money to city schools, known as Foundation Aid.

After decades of legal wrangling, the state finally agree to fully fund the formula, which was created in response to a decades-old lawsuit brought by the Campaign for Fiscal Equity. The suit argued city students weren’t getting an adequate education, in part due to crowded classes.

“For a long time, we did not want to necessarily mandate the city to lower their class sizes because we had not yet fulfilled the entire promise of that funding,” Liu said. “But now that we are fulfilling that funding promise, and by next year, we will have fully funded that court mandate for school money, we are insisting upon the city finally fulfilling the class size, the educational aspect of the Campaign for Fiscal Equity.”

Haimson, the class size activist, argues the mayor’s own goals for the school system will be hard to achieve without smaller class sizes.

“The literacy initiative that, I think, is very needed to screen and address kids with reading problems, will be almost impossible to achieve with the large classes that so many kids are disadvantaged by,” she said.

And she argues there’s no better time than now.

“Our kids have suffered so much disruption over the past two years, educationally, socially, emotionally, personally,” Haimson said. “They really, more than ever before, need that close contact with their teacher.”

The legislation has the support of the United Federation of Teachers, New York City’s public schools teachers union that stands to gain new members if it should pass. In a statement, president Michael Mulgrew bristled at the administration’s threat of cuts.

“The legislative leaders’ class size reduction plan is carefully crafted, based on new federal and state funds, and phased in to avoid short-term budget shocks,” Mulgrew argued. “For the school system to threaten to cut back on safety and social and health programs — despite these new funds — shows how little Tweed cares about the calls from thousands of parents that their children deserve smaller classes.”

Smaller class sizes have long been a priority of the teachers union, but Liu noted it’s also consistently been a top concern of parents, and something many studies have shown is effective at helping students succeed.