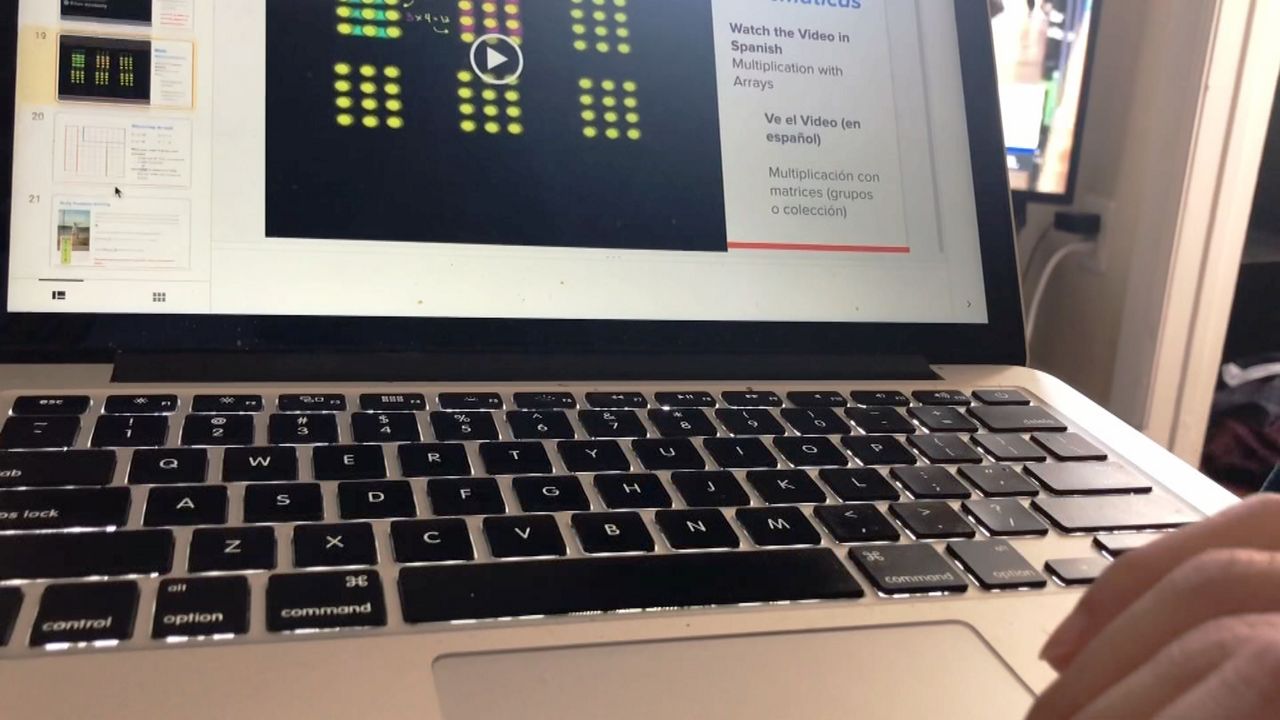 Several weeks into the new academic year, thousands of requests from city schools for remote learning devices such as laptops and tablets were still unfulfilled. The information came out in in a joint session of the city council's education and health committees.

At a virtual council hearing Friday, the Schools Chancellor, Richard Carranza, said that does not mean 77,000 students are unable to get online from their homes.

"In some cases, schools may be requesting devices to fulfill a supply in their school," Carranza told the commmittee. "They may have had five computer carts, and three were signed out, and they want those computer carts replenished."

"When it comes to PPE, ventilation, cleaning stuff, that's working. That side of the DOE has done an amazing job," said Mulgrew during the public testimony portion of the nearly five-hour-long hearing. "Hopefully those are the people, if we have 77,000 children waiting for devices, we give that task to the people who have been doing this work."

Some committee members said any lack of digital devices would confirm their suspicions about inequities in the education system. It's one of the reasons why they subpoenaed the DOE for attendance data during remote learning.

"The fact thousands of our kids part from under-resourced communities still don't have a device is unacceptable and shameful," Treyger said.

The public advocate, Jumanne Williams, said that the statistics Treyger subpoenaed only confirmed his worst expectations. He blamed Mayor Bill de Blasio for rushing in-person learning, and taking planning and resources away from a more thoughtful, all-remote learning approach that might have prioritized getting digital devices.

"Schools with over 50 percent black and brown students are eight times - eight times - doing worse," Williams said. "This is unacceptable."

The public advocate is sponsoring legislation requiring the DOE to report attendance in remote learning classes every week. He wants that information broken down by race, grade, school and district, as well as finer data subgroups such as students learning English and students with IEPs.