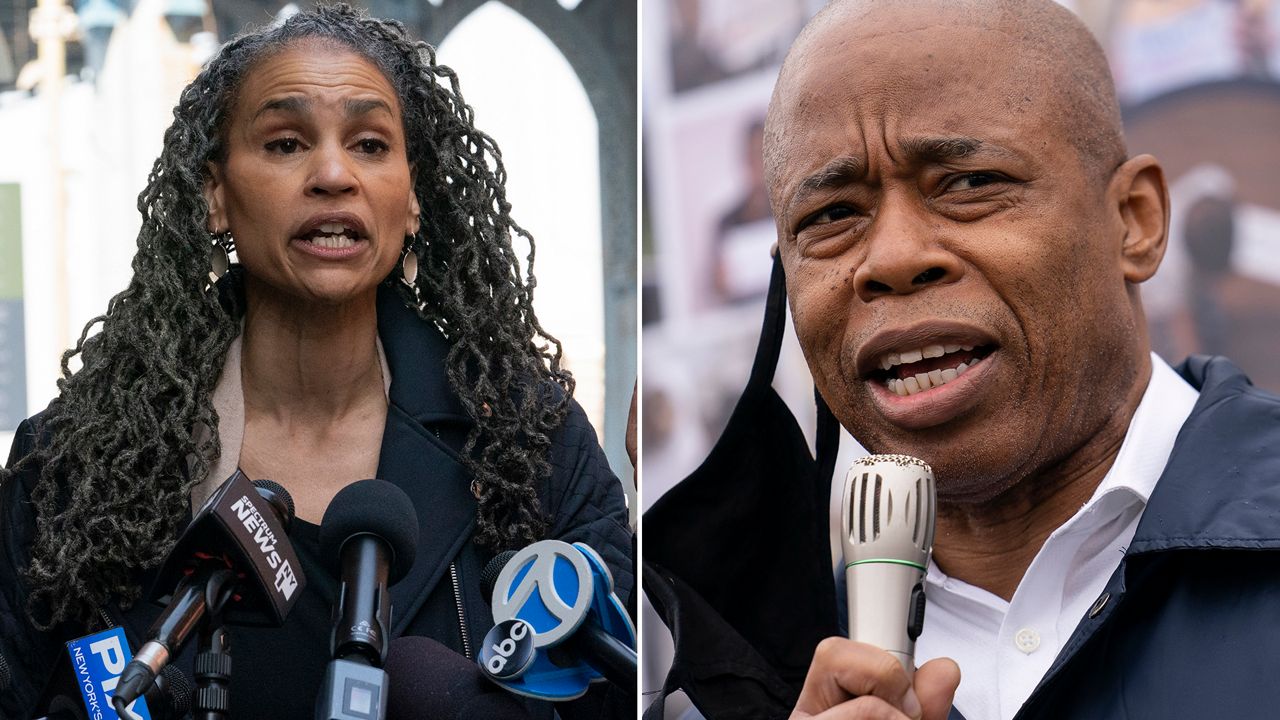 Maya Wiley and Eric Adams clashed over policing and the controversial tactic of stop-and-frisk during one of the most heated moments of Thursday's Democratic primary debate for mayor.

"Eric and I disagree on this," Wiley told NY1 Friday during a campaign stop in the Lower East Side.

Adams, a former police captain who has locked up a majority of the labor sector's support and has been pushing an image of a "blue-collar mayor," appeared uncharacteristically subdued during Thursday's debate.

Fresh off her debate performance, Wiley campaigned on the Lower East Side, meeting with small business owners and staff at a local health center.

Wiley's focus during the debate was also on Adams, one of her main opponents. The two of them mixed it up at several points throughout the evening -- often over the NYPD.

Adams defended his record, at one time accusing Wiley of "getting desperate" after she launched her attack.

"I told you all at the beginning of the race, once candidates start getting desperate, it's going to get really nasty," Adams said.

During the exchange, Wiley talked about Adams' support for stop-and-frisk, a policing tactic found to have been used unconstitutionally by the department in 2013.

In an interview last year, Adams defended the legal use of the practice.

"Use it, use it often. Great tool. We should have never remove stop-and-frisk," he said in an interview with CBS.

During the debate, Adams pointed to his record as a former police officer.

"It really shows your failure of understanding law enforcement," he said.

In a landmark 2013 decision, the judge specifically cited Adams' testimony against the practice.

Today, he says stop-and-frisk should be used as long as it's legally deployed.

"I was the leading voice against the abusive use of stop-and-frisk. If someone is hiding in an alleyway, 4 o' clock in the morning, and the police officers stop him, question him on what he's doing there, that is a legal stop," Adams said.

Although he was off the trail, Adams was still capitalizing on his policing stance. The "Strong Leadership NYC" PAC released a new ad Friday highlighting his positions on policing.