It’s been a brutal year for New York City: The COVID-19 pandemic has resulted in more than 32,000 deaths. The local economy tanked, and crime spiked. And most New Yorkers don’t see good times ahead.


Fewer than half, 47%, are optimistic about the city's future, according to our exclusive NY1/Ipsos poll. That’s compared to 22% who said they're pessimistic, and 26% who said neither. Crime may be an important factor, given that a majority of poll respondents, 54%, agreed they feel less safe in their neighborhood compared to a year ago. That well outnumbered the 39% who disagreed. 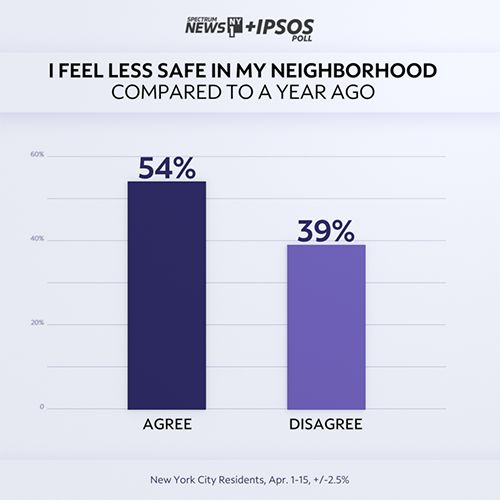 Only half of New Yorkers say they feel comfortable riding the subway or bus right now, versus 46% who don’t. 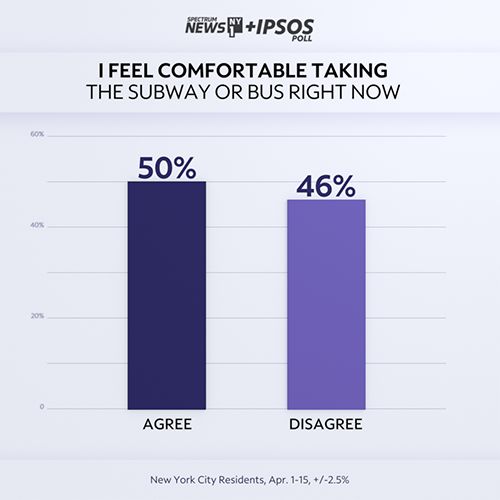 New Yorkers also don't appear to be confident in the NYPD’s ability to tackle the crime problem. A plurality, 46%, don’t believe the police department is well-run and managed, though nearly the same amount, 45%, did agree. 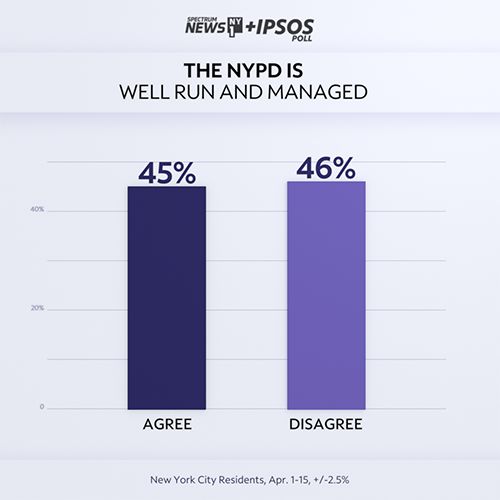 But if the NYPD is a problem, defunding the agency — a rallying cry of last summer’s protests — is not the answer, say most New Yorkers.

In fact, 38% say the NYPD’s budget should be increased in order to add officers and training, while 16% say it should stay the same. A little less than a third, 32%, believe money should be diverted from the NYPD to boost social services. 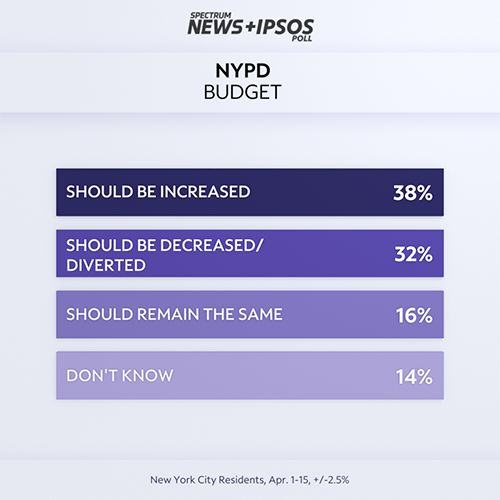 Add it all up, and many New Yorkers may not stick around. While 65% agree they see a future for themselves in the city, that leaves more than a quarter, 26%, who disagreed with that statement. 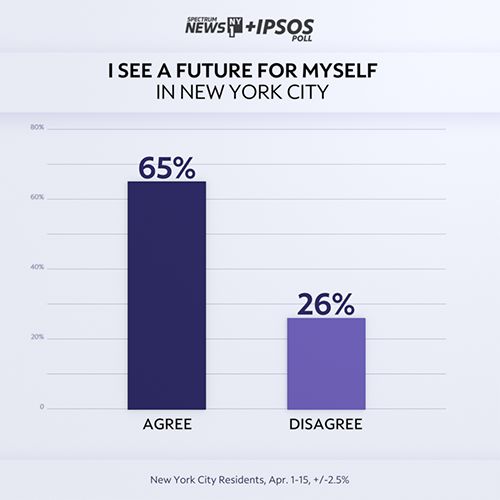 The question now, and the challenge for whoever becomes the next mayor, is whether the city’s rebound will be strong enough and fast enough to brighten New Yorkers' hopes, and prevent a further exodus of residents.