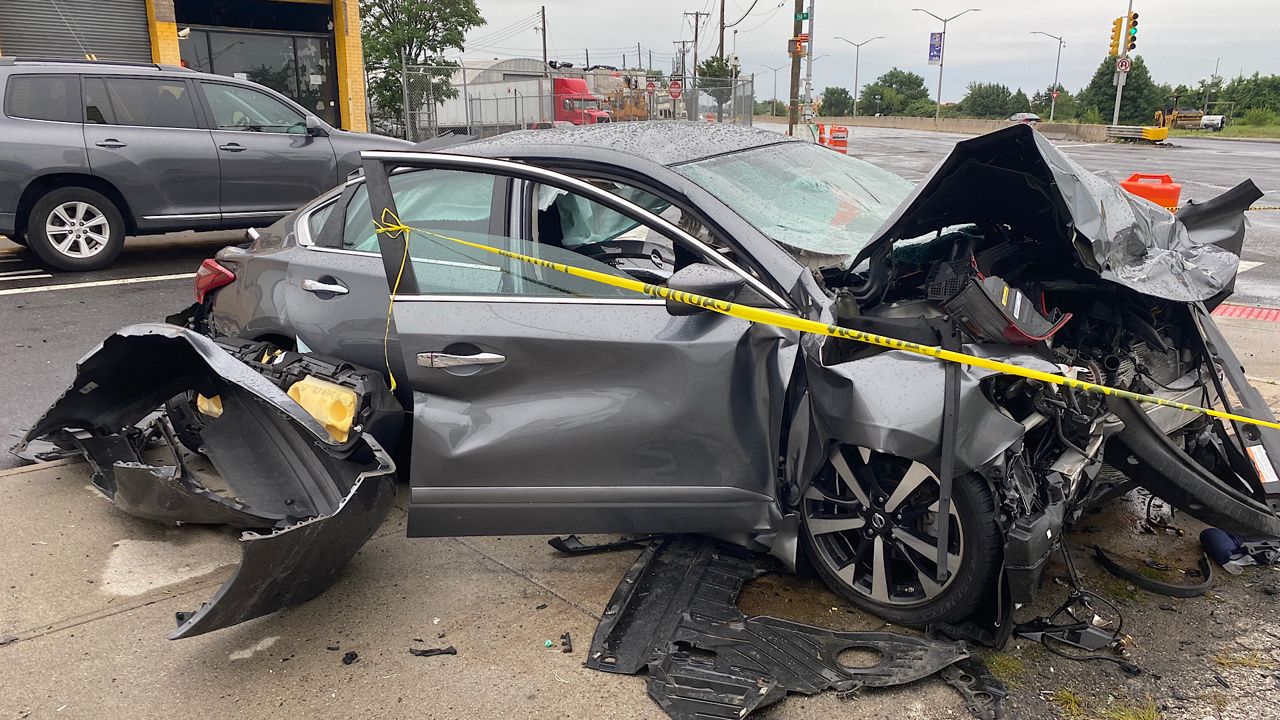 Officers said Granobles was making a turn when the car was struck by Absolam, who was driving a 2018 Nissan Altima.

A woman and her 10-year-old daughter died after their car was struck Saturday night in Springfield Gardens, Queens by a drunken driver, according to the NYPD.

Four others were seriously injured, including Tyrone Absolam, 42, of Jamaica, who was charged with driving while intoxicated, manslaughter, vehicular manslaughter, criminally negligent homicide, and assault, officials said.

Police say Diana Granobles, of Copiague, was driving a 2019 Chevy Cruze with daughter Isabella Granobles in the back seat when they were hit just before 9 p.m. Saturday near Rockaway and Guy R. Brewer boulevards.

Officers said Granobles was making a turn when the car was struck by Absolam, who was driving a 2018 Nissan Altima.

Three other passengers, a woman and two children ages 12 and 16, were injured, police say.

On Sunday, NYPD Highway Patrol was stationed at the intersection following the collision.