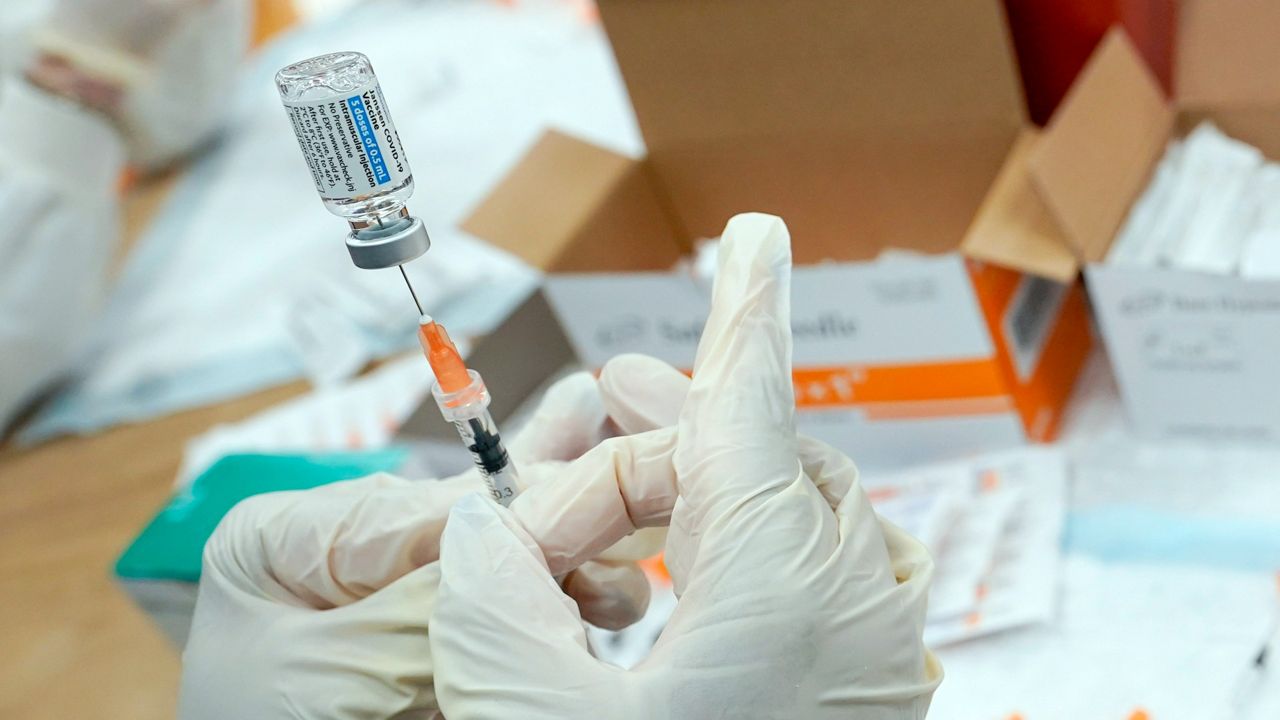 “We in New York City have decided to use a preemptive strike to really do something bold to stop the further growth of COVID and the dangers it’s causing to all of us,” de Blasio said on MSNBC's "Morning Joe," where he first announced the mandate. “All private-sector employers in New York City will be covered by this vaccine mandate as of Dec. 27.”

De Blasio described the sweeping rule as the first of its kind in the nation, and said it is necessary as a "pre-emptive strike" to combat a new wave of COVID-19 infections ahead of the colder winter months and the holiday season – as well as the omicron variant.

“Omicron is here, and it looks like it’s very transmissible,” he said during the interview. “The timing is horrible with the winter months.”

At his daily press briefing shortly after his MSNBC appearance, the mayor said the city will be working with business communities to publish detailed guidelines by Dec. 15. He also said the mandate will apply to 184,000 businesses.

Officials at the press conference emphasized the importance of the move as case numbers have risen recently.

“Even before omicron becomes more common, we've seen case numbers grow in recent weeks due to delta, the devil we know,” said Health Commissioner Dave Chokshi. “They’ve more than doubled since our recent low point in early November, increasing in every borough and every age group.”

The move comes as federal courts have temporarily blocked similar mandates instituted by President Joe Biden to go into effect nationwide. de Blasio said he is confident that this mandate would survive similar legal challenges.

"We are confident because it’s universal," he said.

"The fact that this is universal — this would be my advice to mayors, governors, CEOs all over the country — use these vaccine mandates, and the more universal they are, the more likely employees will say, ‘OK, it’s time, I’m going to do this.’ Because you can’t jump from one industry to another, or one company to another. It’s something that needs to be universal to protect all of us," the mayor added.

Gustavo Montenegro opened the Headrush Barber Shop in Greenpoint, Brooklyn in 1997. While he said his customers have always been loyal, he took a major hit at the start of the COVID-19 pandemic, and shut down for five months.

“We were just patiently waiting, following what we had to do. It was a real scary time,” Montenegro recalled.

Now, he has seven employees and is open normal hours. All of Montenegro's staff is fully vaccinated, but he said he didn’t make the vaccine a requirement. And yet, in a business with so much face time, he acknowledged it’s the best way to stay safe.

“For the sake of the customers also, we’re here to cut hair, we’re here to make a living. So, essentially, we knew down the road we’d have to do that anyway,” Montenegro said of the mandate.

Critics say they understand the need to be vigilant as omicron spreads, but this announcement caught many of them off guard.

“We know that this new variant is fast moving and certainly in a crisis you have to make quick decisions," said Jessica Klein, the president of the Manhattan Chamber of Commerce. "But this is one that’s gonna potentially hurt.”

Klein said her office wasn’t consulted on the mandate, and that it is a major inconvenience.

“This is really going to affect primarily smaller businesses and, in particular, the ones that are hurting the most — the ones that have face-to-face customers,” Klein explained.

In the meantime, small business owners like Montenegro are holding their breath.

De Blasio's move was criticized by various business groups. Kathy Wylde of the Partnership for NYC said the business community was "blindsided by the media leak from City Hall."

"Inconsistent policies at the federal, state and city levels are not helpful and it is unclear who will enforce a mayoral mandate, and whether it is even legal," Wylde's statement reads.

Wylde mentioned that Biden's vaccine mandate for companies with more than 100 employees is currently being held up by litigation, and said it is "hard to imagine that the mayor can do what the President is being challenged to accomplish."

"The President focused on large employers, provided a testing option for those who do not get vaccinated, and allowed four months to prepare for compliance," she added.

Andrew Rigie, executive director of the NYC Hospitality Alliance, called on the proposed mandate to be delayed until next year with the holiday season underway.

"Public health and safety is paramount, but Mayor de Blasio’s announced expansions to the Key to NYC vaccine mandate pose additional challenges for an already beleaguered restaurant industry in need of tourism support and revenues this holiday season," Rigie's statement reads. "U.S. families visiting New York City for scheduled holiday vacations may not be able to meet the vaccination requirements for children or themselves in time, and children aged 5-11 across the globe aren’t universally authorized to get vaccinated."

Dec. 27 is four days before de Blasio's term as mayor ends and Eric Adams' term begins. In a statement, Adams spokesperson Evan Thies said Adams "will evaluate this mandate and other COVID strategies when he is in office and make determinations based on science, efficacy and the advice of health professionals."

The city will also now require vaccine proof for children ages 5-11 for indoor dining, fitness and entertainment. It is already required for people 12 and older.

In addition, the Key to NYC program – which requires customers and employees at indoor dining, fitness and entertainment establishments to provide proof of vaccination – will require second doses, up from one, by Dec. 27.